Robots do most of the work at Amazon fulfillment centers 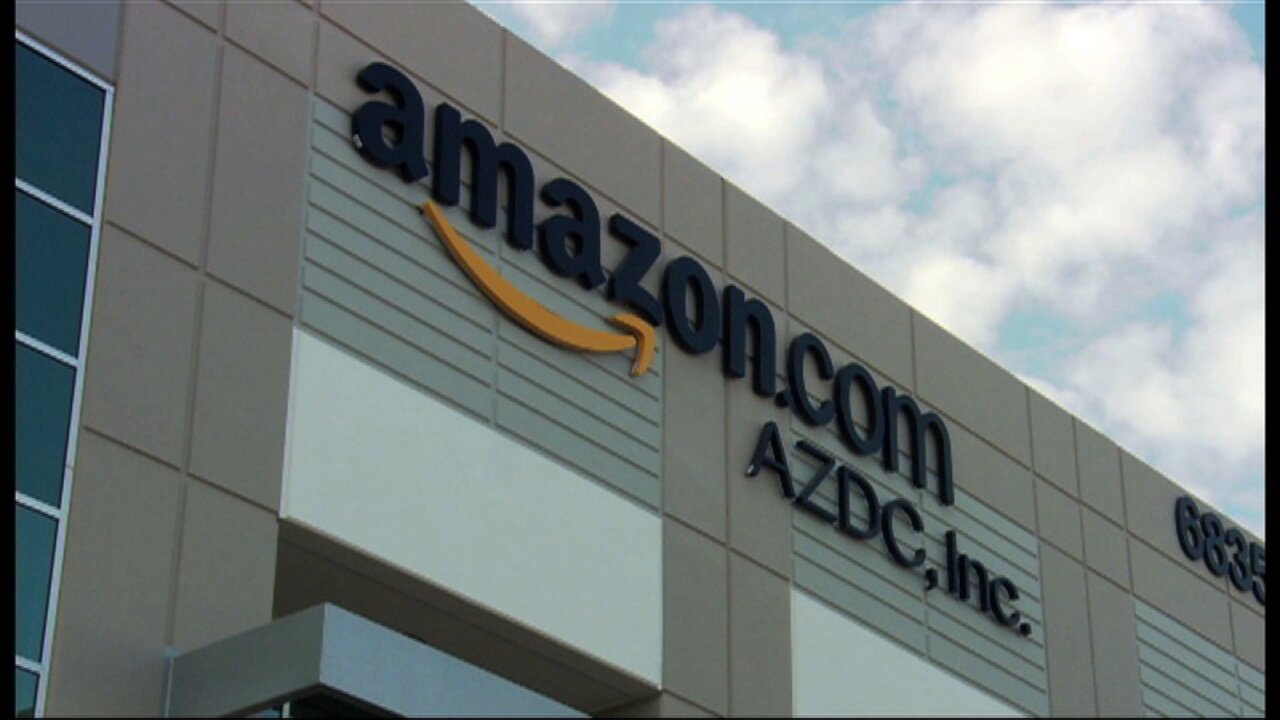 WASHINGTON — By the time you take an Amazon delivery off your stoop, walk into your home, find a pair of scissors and open the brown box, you’ve already spent nearly as much time handling the package as Amazon’s employees.

With 22 years of experience in e-commerce and an obsession with efficiency, Amazon has brought remarkable optimization to the warehouses where it stores, packages and ships goods.

On a typical Amazon order, employees will spend about a minute total — taking an item off the shelf, then boxing and shipping it.

The rest of the work is done by robots and automated systems.

One day last month, Amazon let me tour its fulfillment center outside Baltimore. The site was a GM plant until it closed in 2005. As I stepped inside the massive facility, my guide handed me a pair of gray gloves so I could try out the jobs that humans do alongside thousands of robots.

Amazon’s addition of robots in 2014 allowed it to store 50 percent more inventory, according to the company. With the robots, Amazon can more tightly pack the bookshelves that hold items.

Amazon employees, called pickers, used to have to walk up and down long aisles of goods to find each item on a shelf. With its Kiva robots, these pickers now stand in place, meaning they can pick more goods per shift. The Kiva robots will slide under a relevant bookshelf, lift it slightly, and bring it to the picker. As the bookshelf sidles up next to the picker, a computer screen alerts the picker where the item is located on it.

In Amazon’s Baltimore facility, which ships items smaller than a breadbox, everything can fit on the shelves. The shelves are partitioned into cubbyholes. Some of the slots are stuffed with multiple items, such as a few T-shirts and a six-pack of deodorant.

Once the item is scanned and placed in a yellow bin, the robot automatically drives away. Immediately, a new bookshelf that had been waiting its turn pulls up to the picking station, like a car in the line at a fast food drive-through.

The yellow bins — which are tracked as they move through the warehouse via their barcodes — then meander along some of the eight miles of conveyor belts in each warehouse to another station, where an employee boxes the package.

As the yellow bin arrives, a computer screen alerts the employee which size box to use. On our tour, we watched as some Amazon packers, the term for these employees, needed only 15 seconds to assemble the right box, add bubble wrap, tape the package, add a barcode and put it back on a conveyor belt.

Their speed is aided by a machine that spits out the perfect size of packing tape, depending on size of box being used. The only decision the packers have to make is how much bubble wrap to include.

The careful coordination in Amazon’s fulfillment centers is akin to a symphony. The buildings are remarkably loud too, making it tough to carry on a conversation amid the whirl of the conveyor belts.

After a package is back on the conveyor belts, it goes through a machine where an address label is automatically stamped on the box. Some of these boxes don’t even stop as a robotic arm descends and stamps the box with its final destination.

When the package crosses in front of the appropriate chute, an automated bumper slides across the conveyor belt, sending the package into the truck.

Then comes the last time an Amazon warehouse employee directly interacts with the package, as a person places it on a delivery truck.

Amazon said it has about 3,000 full-time employees in its Baltimore fulfillment center, which is nearly a million square feet. Amazon hired 76,700 new employees in 2015 and 38,100 in the first six months of 2016 as it builds out its distribution network around the country. Even as its mastery of machines limits the employee input needed on each package, there’s still a role for humans.