FARMVILLE, Va. — While Democrat Tim Kaine and Republican Mike Pence were debating inside Willett Hall on Tuesday evening, excitement among Longwood University students and Farmville residents about the vice-presidential debate was building.

Brian Gee, a redshirt sophomore point guard on the Lancers’ basketball team, was thrilled about the excitement on campus of the small rural university with 5,000 students.

"Everyone knows FarmVille, the app. Now everybody knows Farmville the city," said Calvin Blackwell, a recent graduate of Longwood University.

Students and families from Farmville came out to the campus to be at the epicenter of the political world for one night. But the debate also brought out visitors and media from all over the country.

Tyler Langhorn, a senior and president of the Minority Student Union at nearby Hampden-Sydney College, said that Longwood University usually has some big events throughout the year, but they paled in comparison to the debate.

"I’ve never seen an event this big that requires this much media coverage or security," said Langhorn. "I think it’s good for the community, because it brings everybody together."

"I think there was a pretty good outcome," Neill said. "We’re not a very big school, so for the amount of students we have here, I think we did really well."

The VP Jubilee, an outside event hosted by the university, was already in full swing hours before the debate started. The event in Stubbs Mall, a courtyard in the middle of the campus, featured food, live music, and a big screen on which students and visitors could watch the debate.

Donald Trump and Hillary Clinton supporters came out to campaign for the presidential candidates, and there were even some supporters rooting for third-party candidates Gary Johnson and Jill Stein.

"Like I told my kids, they're going to be a part of history," said Tanya Rachels, a Farmville resident and mother of three. "I told them you may not understand now, girls. But, when you have grandkids and you look back on it, you can tell them you came to this event and it happened in your hometown."

Everything seemed perfect for Longwood University, except a faux pas by Mike Pence right at the beginning of the televised debate. The Republican mistakenly called the university “Norwood University” during his introductory remarks, which immediately began trending on Twitter.

“That was definitely a downer,” Neill said. A fake Twitter account for the nonexistent Norwood University immediately made fun of Pence’s statement on the social media platform.

Happy to host you tonight, Governor!

But after the initial gaffe, many were impressed by Pence’s debate performance.

“I think Pence definitely held himself together and answered the questions with as much knowledge as he could,” said Danni Rendon, a student at Longwood University. “There was no question that would stump him and he would need a moment to get around the question.”

After last week’s presidential debate between Trump and Clinton, many voters at Longwood University were still unsure who they will lean towards in the end.

“My decision will be coming down to this debate and which vice presidential candidate I like more,” said Tori LeFaive, sophomore at Longwood University, before the debate started. 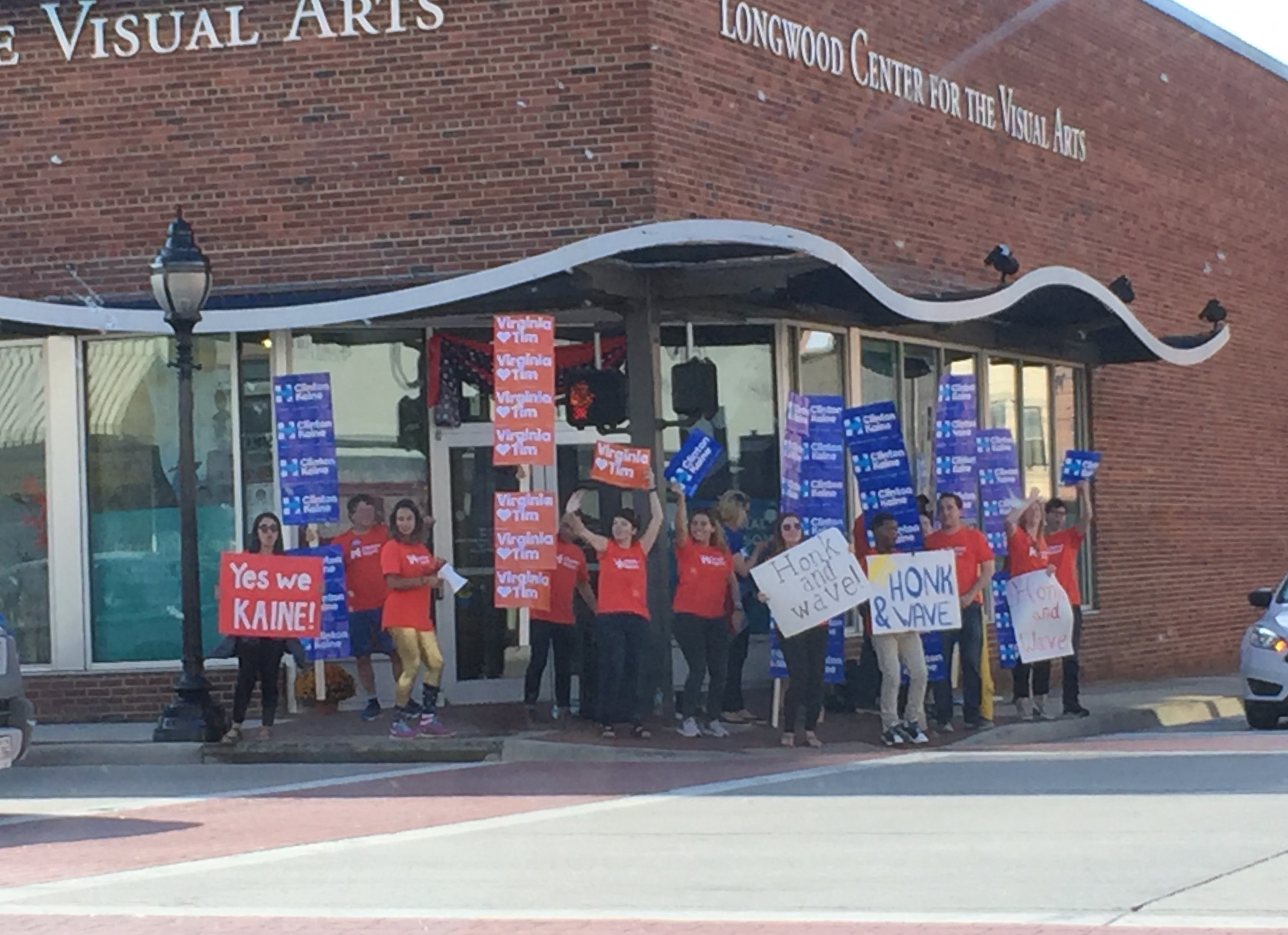 While Pence and Kaine are now hitting the campaign trail again, the attention will quickly move back to Trump and Clinton, who will debate again on Sunday evening at Washington University in Missouri.