CHESTERFIELD COUNTY, Va. -- Police have released photos of the man who robbed the 7-Eleven on Harrowgate Road.

The robbery was reported at about 9:15 p.m. on Thursday, September 29.

"The suspect entered the business, displayed a handgun, and demanded money from the registers. Upon receiving cash, the suspect fled on foot," a Chesterfield Police spokeswoman said. "The suspect is described as a black male, 20-25 years old, about 6 feet to 6 feet 2 inches tall, with a heavy build. He was wearing a gray hoodie, black jacket, dark pants, and a red cloth covered his face." 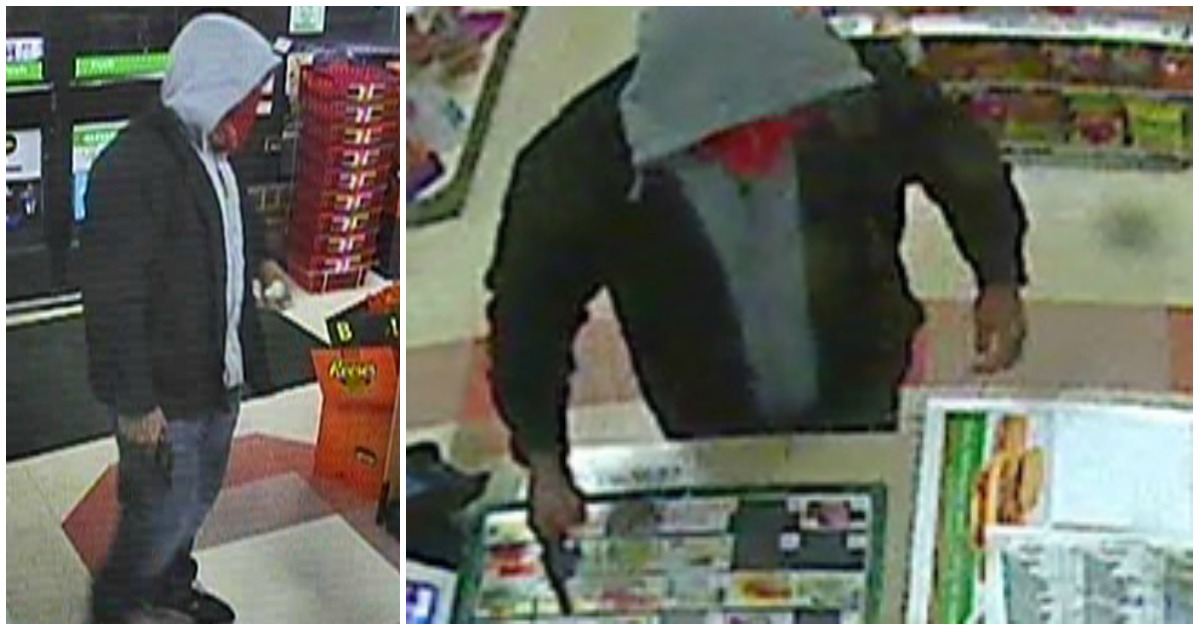