FARMVILLE, Va — Farmville is a town that has grappled more than most towns in coming to terms with race and civil rights issues. During the vice presidential debate between Democrat Tim Kaine and Republican Mike Pence at Longwood University on Tuesday evening this struggle will likely be once more thrust into the spotlight.

On April 23, 1951, hundreds of black students went on strike to protest the poor conditions at Robert Russa Moton High School in Farmville.

This led to the case Davis vs. Prince Edward County, which was later combined with other cases to become the landmark Supreme Court case Brown vs. Board of Education. The case that ended legal segregation in public schools.

Today, the struggle is recounted in the Moton Museum, which is located in the former high school. 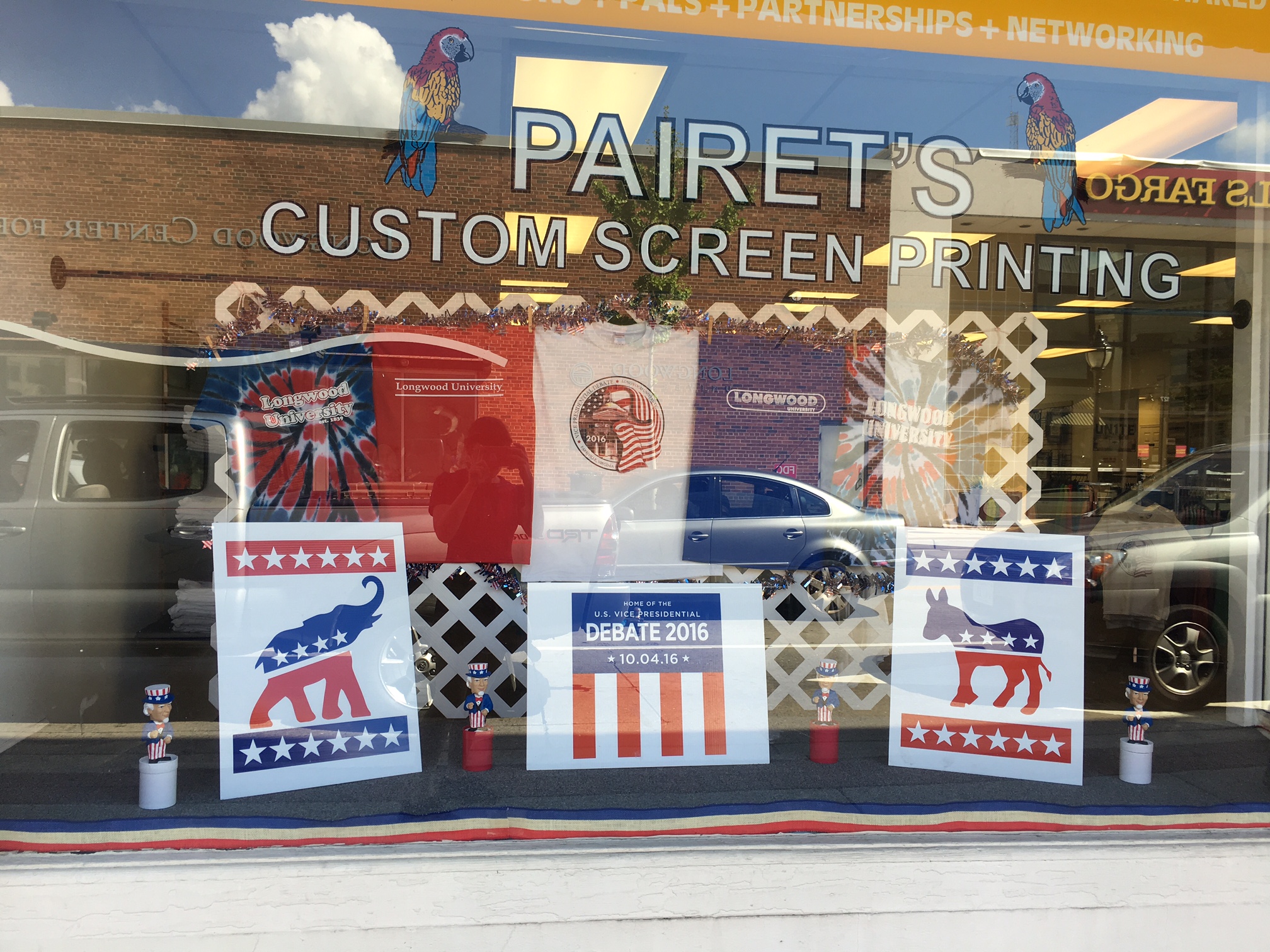 When looking at what has become a racially charged election, many residents of Farmville still remember the closing of the town’s schools following the Supreme Court decision.

Prince Edward County shut down the public school system to resist desegregation in 1959.

“It was like the scar on my forehead, you can see it, but the scar on my heart that you did to me you can’t see it,” said Charles Taylor, who was a rising senior at Moton at the time.

He said that he left Farmville to attend courses at a university in North Carolina in order to complete high school.

Joy Speaks, one of the students who protested at Moton, is worried about the presidential campaign between Republican Donald Trump and Democrat Hillary Clinton.

"I think a lot of tension has been stirred up and the ugly head of racism has risen its head again because of the way that the candidates are campaigning," Speaks said.

"I think that in the long run this debate and this attention being on the community will help, I guess, sort of push us in a better direction,” Clark said. “It’s just been in ... the past few years, where people have really talked about what has happened.”

Farmville Mayor David Whitus argued that the lessons of Moton give Farmville an important perspective on the current debate.

“We think that certainly Farmville is a step maybe ahead of the nation in today’s world,” said Whitus.

Interviewed about Farmville’s place in the debate, state senator and Republican Congressional candidate Tom Garrett emphasized the importance of history.

“I think it’s important to understand mistakes that have been made. Bad things that have happened just as well as it is good things. Things that have made us great,” Garrett said.

Garrett added that he believes the Trump message will resonate well with Farmville citizens both black and white. He said that Trump’s economic policy, health care reform and law and order stance will be popular across racial lines.

Cooper added that he has seen a lack of enthusiasm from voters. He attributed this in part to a large number of voters who dislike both candidates.

Prince Edward County Commonwealth's Attorney Clark expects many protesters at the debate. She said she welcomes free speech as long as protesters respect the law and each other.

“The example that people have given is they are expecting members of the Ku Klux Klan to be here, and they’re also expecting members of the Black Lives Matter movement, and so it’s going to be a respect thing,” Clark said, “Can groups who have such opposing views respect each others’ space and make their point and exercise their rights to free speech without leading to violence? I think it’s possible and I am hopeful that that’s what’s gonna happen here.”

At 9 p.m., Tuesday, Governor Mike Pence and Tim Kaine will be stepping into the debate room, surrounded by the buzz of Farmville’s history as well as current issues.