WARNING: This story contains material that some viewers may find disturbing due to its graphic content. Reader discretion is advised.

FAYETTEVILLE, WVa. – A cat found shot with an arrow in a Fayette County, West Virginia, neighborhood is on the mend.

Then neighbor Mike Price made a horrifying discovery Monday afternoon.

"The lady up the street called and said, ‘Mike you need to get up here. The neighbor's cat has been shot."

Price discovered “Fluff” lying in the bushes with an arrow between his eyes and protruding from his back.

"Reached around for him here and he walked slowly,” Price remembered. “I didn't want to grab him to hard because I knew he was hurt, so he went between the bushes here and he just collapsed underneath the neighbor's car."

"Fluff" at the vets

Price rushed the cat to a veterinarian.

"Took him inside and everyone just went white as a ghost," Price said.

Workers said the arrow had been stuck in “Fluff” for more than 24 hours.

This photo shows one of "Fluff's " wounds.

After removing the arrow, Workman was afraid the cat would not make it when workers dislodged the arrow.

"It was a miracle that the cat had lived as long as it lived," Workman said.

But “Fluff” survived and is now at home recovering.

Both Workman and Price hope something is done to the person who shot the feline.

"Anyone who's thinking of committing these acts of cruelty will realize that there are repercussions," Price said.

According to Fayette County deputies, warrants have been filed for an arrest on misdemeanor animal cruelty charges. 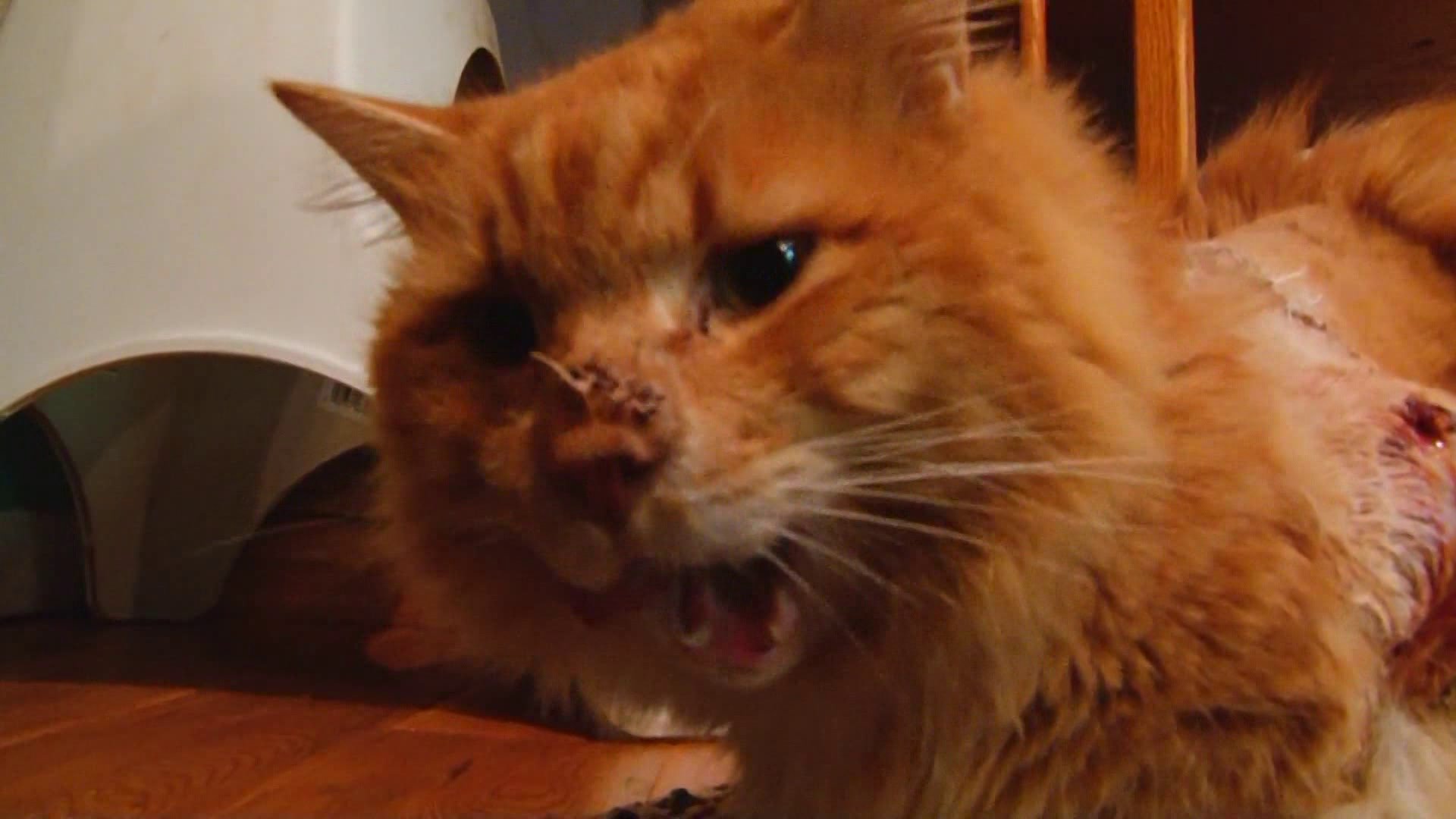