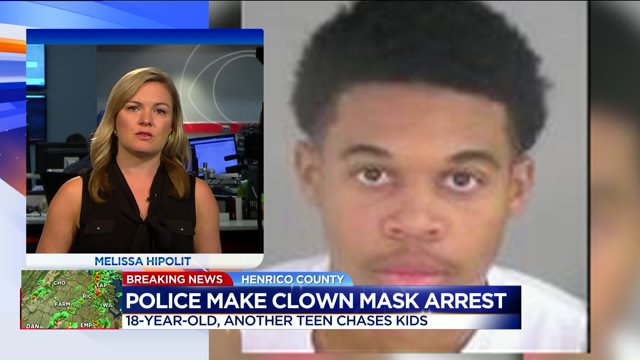 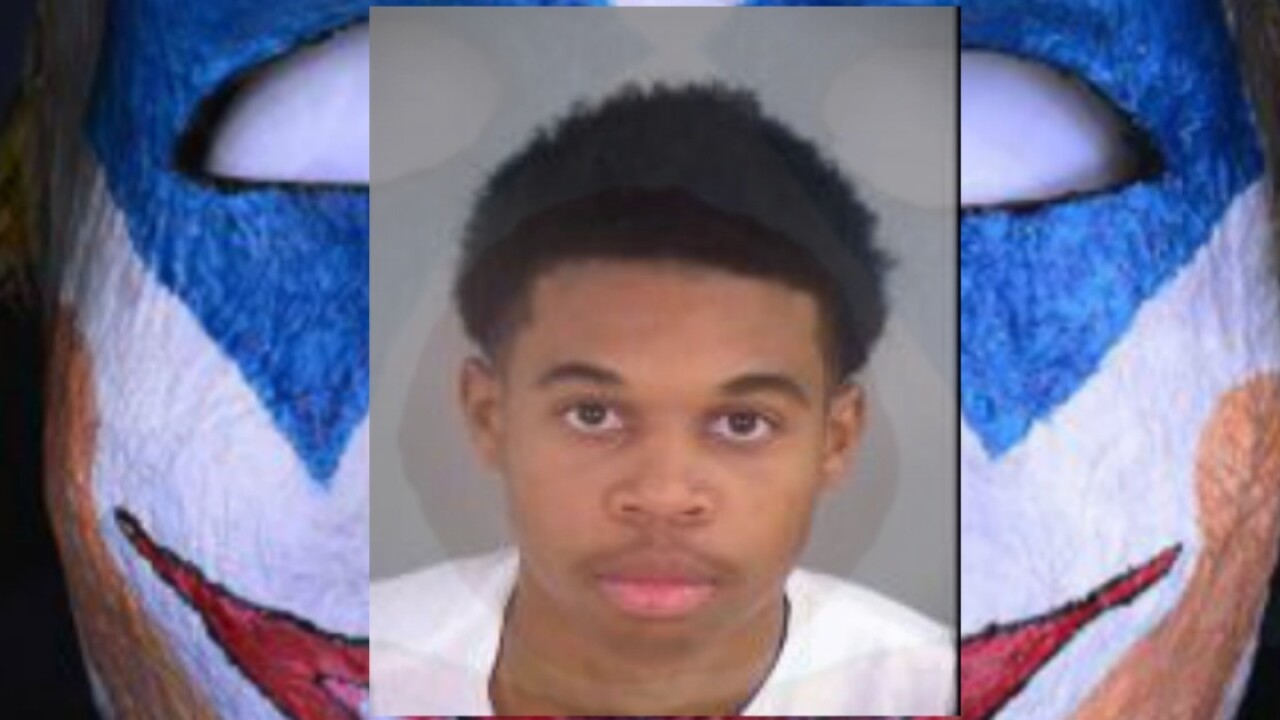 HENRICO COUNTY, Va. -- Two teens are in police custody after allegedly dressing up with clown masks and chasing children in Henrico County.

On Wednesday morning, police said they responded to the 1600 block of New Market Road for a report of two individuals with clown masks chasing children in the area.

After receiving a description of the vehicle associated with the suspects, officers located the vehicle in the area and identified the occupants.

Kevin M. Craddock II was arrested and charged with wearing a mask in public and assault

Kevin Marquis Craddock II, 18, has been charged with wearing a mask in public and assault. The 17-year-old male has been referred to juvenile intake for consideration of the same charges.

There have been no connections between Wednesday's incident and reports of three clowns seen tapping on windows on Knight Drive.

In Virginia, it is against the law for anyone over the age of 16 to wear a clown mask, any other mask or hoodie over the face to conceal their identity.

Henrico Police remind those who might consider similar actions that engaging in this type of behavior could subject them to arrest.  More importantly, concealing one’s identity and inducing fear in another could result in someone getting hurt.