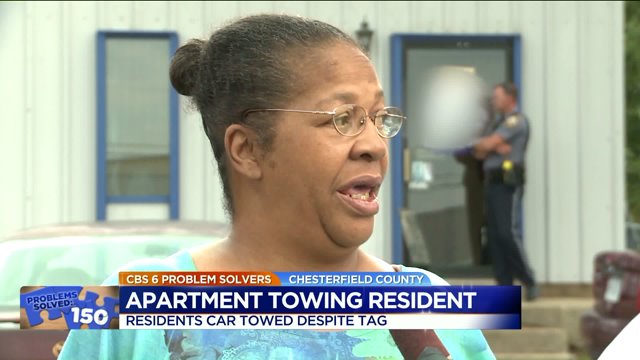 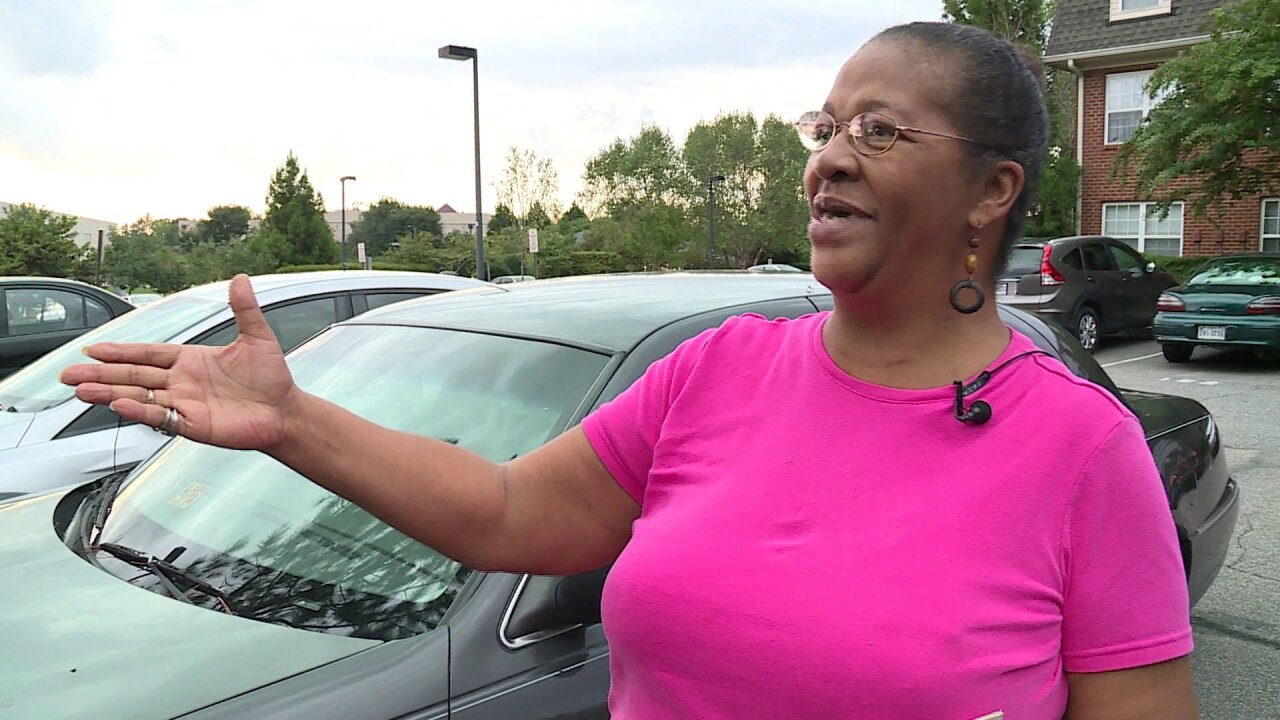 She wants to take a stand against what she called mismanagement happening where she resides.

Three weeks ago, Taylor's car was towed while it was parked in her assigned parking space, despite having the required pass provided by the complex.

"I spoke with the manager,” Taylor said. “She told me that the towing company would give me my money back if they could see that the parking pass was in the car.”

But when that did not happen, Taylor contacted CBS 6 Problems Solvers. We met Taylor at the tow truck company to see if we could help, and the owner refused to speak us or Taylor.

"I want to know what's going on because I can't afford to pay these people. $166.40,” Taylor said. “They need to do something or the apartment manager needs to do something.”

We also contacted the manager at Ridgedale and the company that owns the complex.  We left several messages and while they didn't respond to us, they eventually did respond to Taylor's complaint.

Taylor's rent next month will be reduced the amount she was charged for the tow.

"Channel 6 is on the job! And I like that! I really do and I thank you so much!,” she said. “I appreciate it and all my neighbors they appreciate it."

Taylor says not only will she be refunded her money, but all the residents who have been recently towed from their spots will be refunded.

We tried to contact the management company again today to confirm and are still waiting for their response.