CHARLOTTE — The man fatally shot by a Charlotte-Mecklenburg police officer is Keith Lamont Scott, and his family has been notified, Charlotte Mayor Jennifer Roberts said Tuesday night. In a statement, Roberts said Brentley Vinson, the officer involved in the shooting, has been placed on paid administrative leave. She said the officer has worked for the department since July 21, 2014.

Charlotte, North Carolina, police looking to serve a warrant Tuesday shot and killed a man in the parking lot of an apartment complex.

The man was armed but not the man police were looking for, the Charlotte-Mecklenburg Police Department said in a news release.

The late-afternoon shooting set off an angry crowd response that grew as the hours passed. 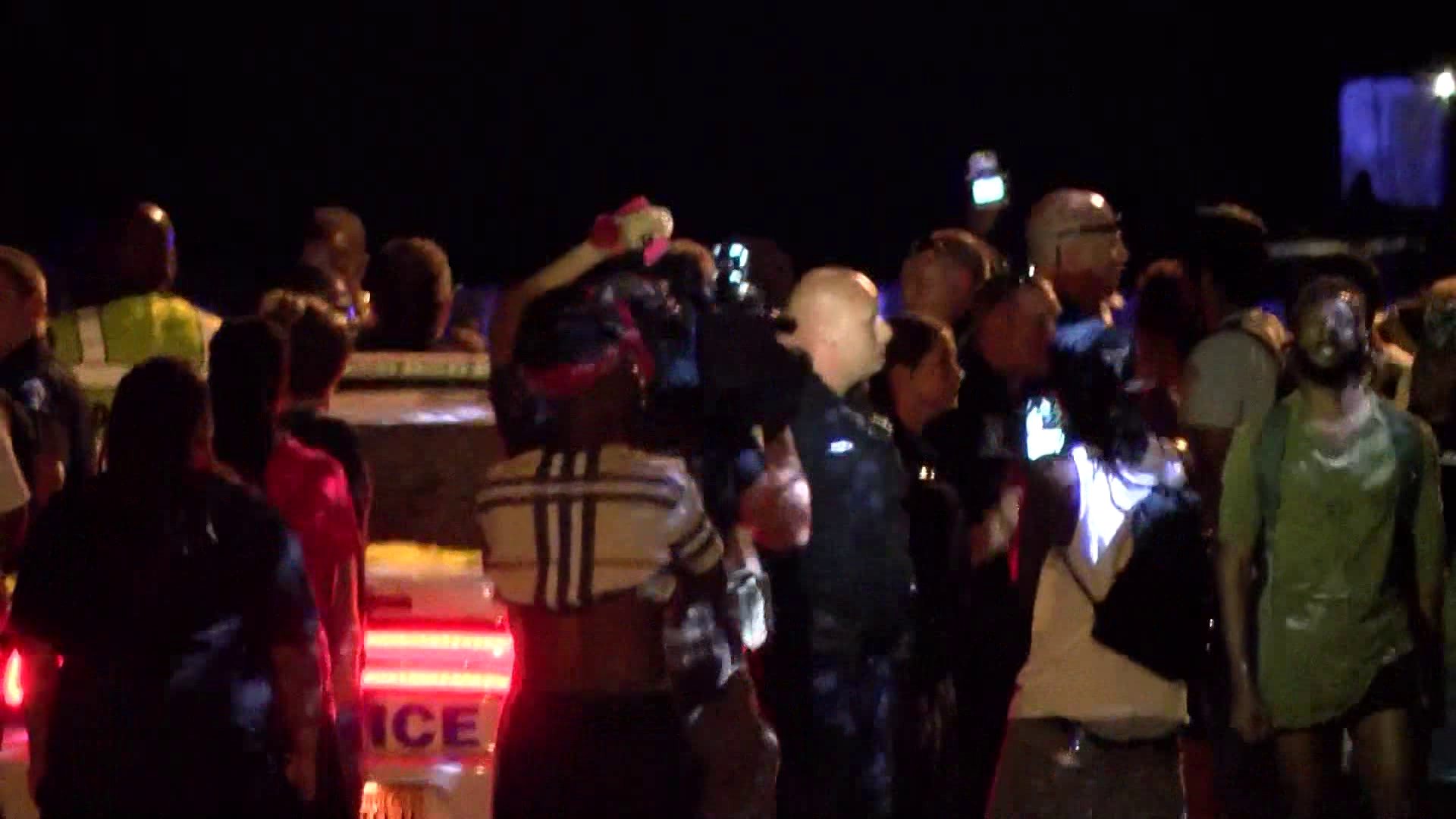 It was not clear why authorities were serving the warrant. While they were looking for that individual, officers saw a man get out of a car with a gun, then get back into the vehicle, the statement said.

“The subject got back out of the vehicle armed with a firearm and posed an imminent deadly threat to the officers who subsequently fired their weapon striking the subject,” police said.

Police Chief Kerr Putney said at least one officer shot the man. Two investigative branches of the department were looking into the shooting, he said

The man, who was not identified, died at Carolinas Medical Center.

A gun the man was holding was found at the scene, police said.

CNN affiliate WSOC reported that protesters blocked off a road, in northeast Charlotte about 8 p.m. A line of police in riot gear stretched across the street.

Many of the demonstrators yelled, “No justice, no peace!”

Some hurled water bottles at police. At least one city bus was used for people who had been detained by police.

Police tweeted they were deploying their civil emergency unit to help patrol officers leave the scene.