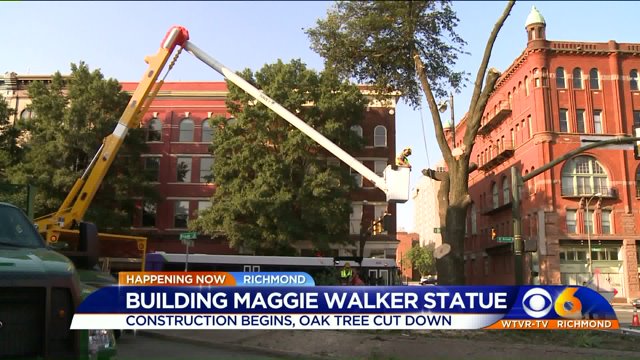 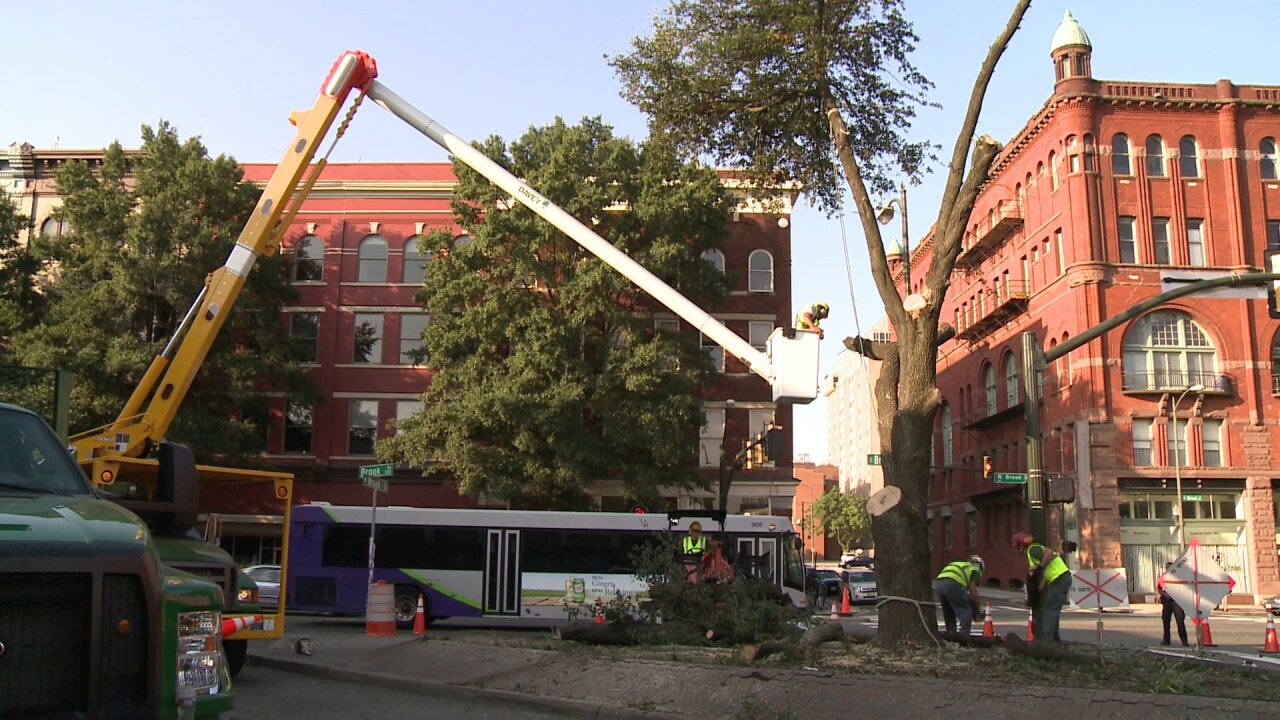 Crews cut down the historic oak tree that stood at Broad and Adams streets Saturday morning at the site of the intended urban plaza where the statue will stand.

Many Richmonders had campaigned to save the tree.

Bill Johnson, who filed the original paperwork for the Maggie Walker statue 18 years ago, said it is time for this change.

"It's a commemoration that needs to be, it deserves to be part of Richmond's history,” Johnson said. “And I think we've gone a long way.  There's had to be some sacrifices, but at the same time, we got it done."

Crews will be closing lanes of Brook Road, Adams Street and Broad Street over the next few days as construction continues.

Lane closures around the triangle park, also bordered by Adams Street, started at 7 a.m. and continue through Tuesday.