Wait til you see Ellen and Tom Hanks’ voice-off

Oscar Winner and star of the upcoming film “Sully,” Tom Hanks makes an appearance on “The Ellen DeGeneres Show” on Friday.

Ellen and Tom chat about their voice over work as their popular Pixar characters and have a voice off as Dory and Woody.

Tom talks about his highly anticipated role as Sully and reveals how much work it was to get his hair and mustache just right for the role.

And, don’t miss when Ellen and Tom invite an inspiring screenplay writer to the show and act out one of the scenes! 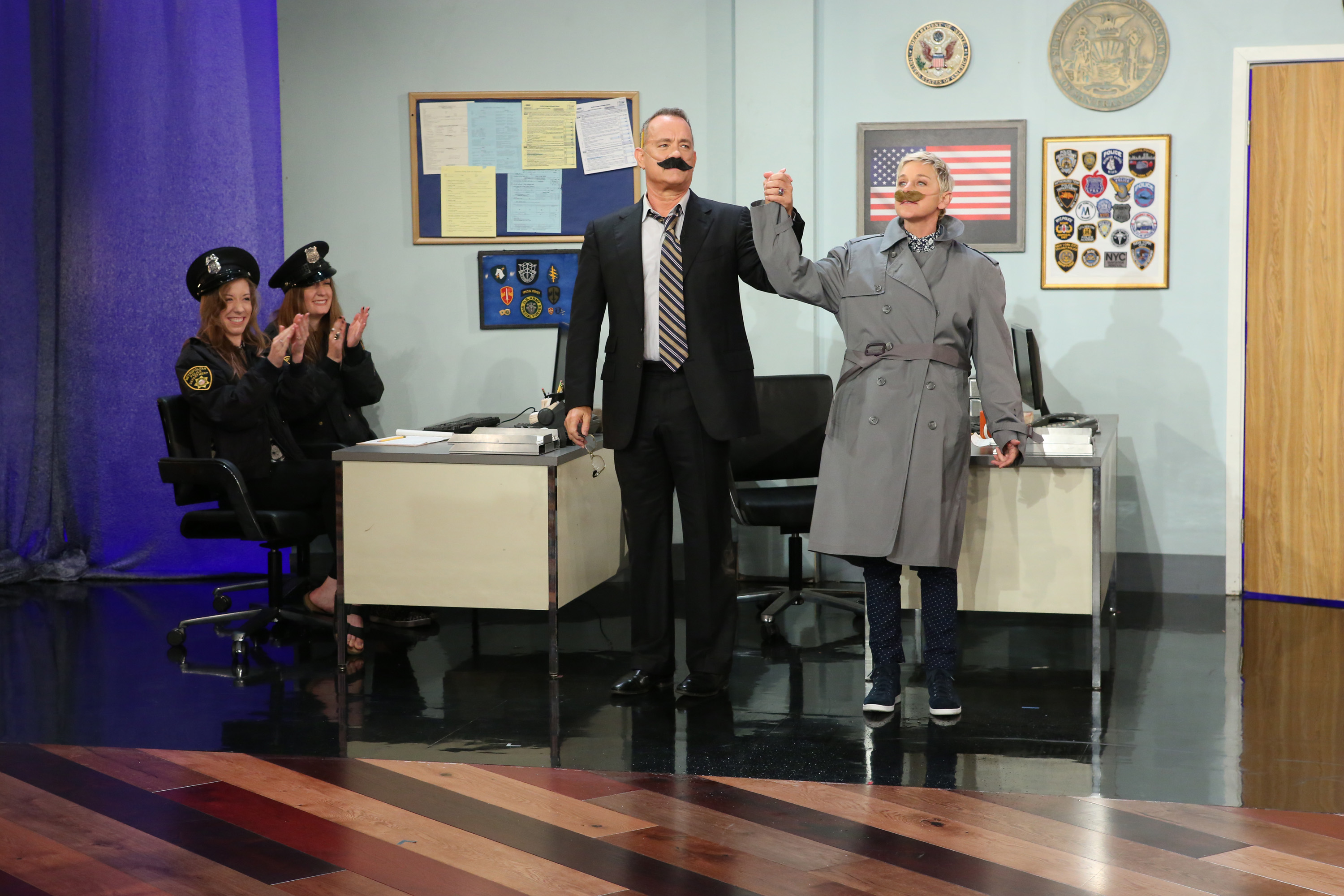 Ellen sends her love and support to her home state of Louisiana and victims of the recent Baton Rouge flooding on “The Ellen DeGeneres Show” on Friday, September 9th. Watch as Ellen welcomes principal Michelle Bourque and teacher Betsey Baldwin from Galvez Middle School in Prairieville, Louisiana. Betsey wrote Ellen for help after the flooding destroyed all of the schools’ equipment, furniture, floors, and supplies and left all 622 students displaced from their school. Watch as Ellen makes a $125,000 donation to the middle school via Shutterfly. Plus, in the single biggest donation the show has made in years, Walmart partners with Ellen to donate $1.5 million to Flood Relief Efforts that will be distributed to The American Red Cross, Direct Relief and American Human Association.

Finally, Britney Spears, who’s also from Louisiana, joins Ellen to announce that she will donate $125,000 to provide an emergency relief vehicle for the Red Cross.

Ellen On Partnering with Walmart to Donate $1.5 Million…
Ellen: We want to help Louisiana and there are a lot of organizations currently that we are working with that can use the help, American Red Cross, Direct Relief, American Human Association… In the last few weeks we reached out to a number of companies to see who could help and one stepped up in an amazing way, Walmart is partnering with us and making the largest donation we have ever received in 14 years. We are donating 500, 000 to each of those organizations so 1.5 million to assist Louisiana Flood Relief Efforts.

Britney Spears on Donating $125,000…
Britney: I am happy to announce that today I am donating $125,000 to provide this emergency relief vehicle for the Red Cross to my home state of Louisiana.

ICYMI EARLIER THIS WEEK: Ellen kicked off season 14 on Tuesday with an exclusive look at the premiere trailer of “Magic Michelle” -- the all female reboot of “Magic Mike!”

Ellen on the making of “Magic Michelle”…
tWitch and Channing starred together in “Magic Mike” and “Magic Mike” was a huge, huge hit. I mean so big that they are actually doing an all female reboot because they are doing that with everything. They did “Ghostbusters” and “Ocean’s Eleven” and thanks to Channing I get to show you the exclusive sneak-peek!