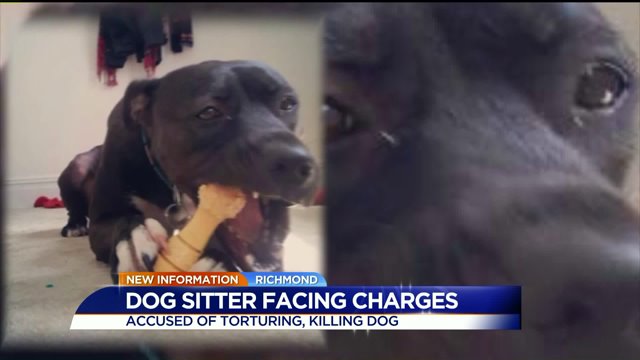 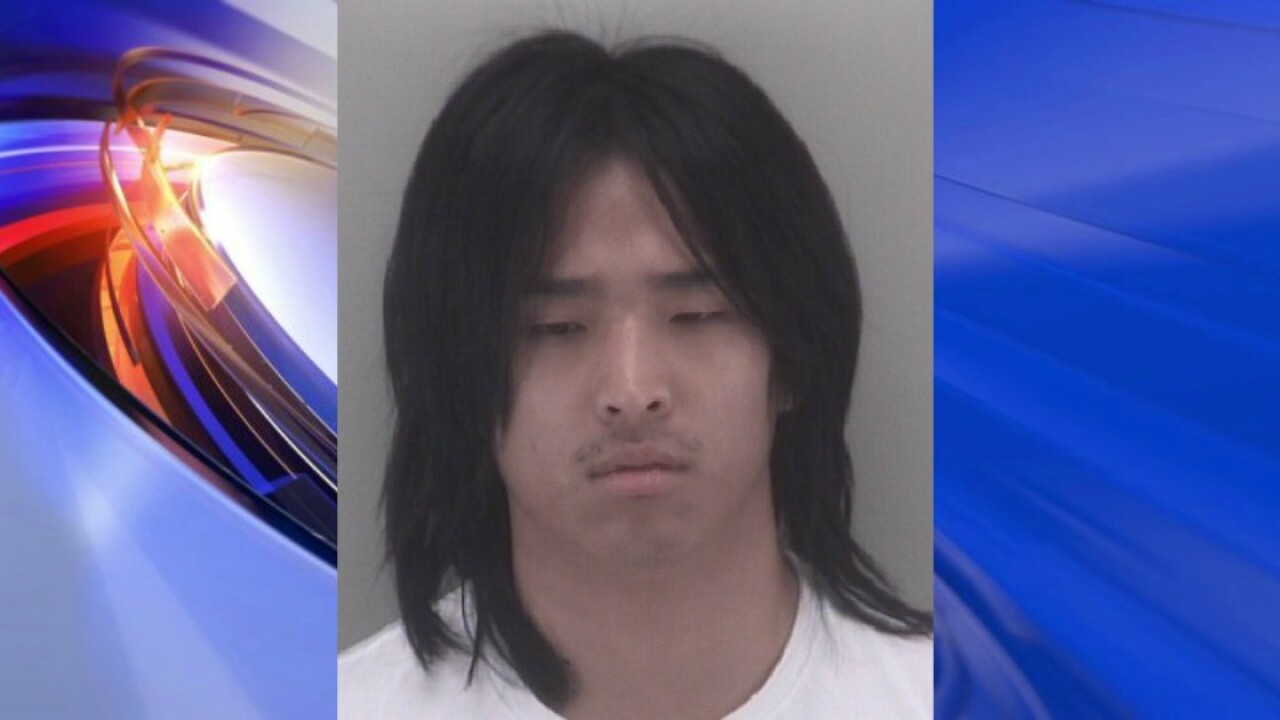 RICHMOND, Va. – A Richmond woman currently in China to teach English said she received a voicemail and Facebook message from the man fostering her dog, in which he said he tortured the animal for five days and killed it.

Wilfred J. Lee, 22, was arrested by Richmond Police on August 29 and charged with felony animal cruelty.

Jillian Webster met Lee in a private online forum for locals and vetted him to foster her dog Monkei, a rescued  pit and lab mix, while she was abroad. Lee was going to watch Monkei for a month for Webster, who is currently in Hong Kong.

A flurry of social media posts spread the news online, as Webster’s friends worked to verify information that she said Lee left her.

Monkei Webster was a rescue dog that was a pit bull terrier and lab mix.

“He just left a voicemail admitting that he beat her for several days then bound her legs and muzzle and she choked to death,” the post read online. “He left this message with a cold matter-of-fact voice.”

Webster’s friends discovered that Animal Control had picked up a dog on Saturday.

“We found out from Animal Control that they got a call to pick up the body on Saturday,” said Webster’s friend Cassandra Benton. “They were already trying to piece together the information.”

Monkei Webster was a rescue dog that was a pit bull terrier and lab mix.

Lee admitted to beating the dog for five days on the voicemail, Benton said, and he described it in graphic detail.

“What it seems like happened is that he had a mental break and I don’t know why or what happened, but he left a very calm voicemail….and he apologized and explained what happened and apologized [again] and then hung up.”

Benton said that Webster and several of her roommates met Lee a few times when he came over to play with Monkei.

“She met him with a handful of people around and he played with the dog,” she said. “Everything seemed great, there were no immediate red flags,” she said.

Webster’s arrangement with Lee, who lived in a one bedroom apartment on Broad Street, was that he would foster the dog temporarily until its co-owner came from Chicago to get it. Webster would provide money for the food and any veterinarian visits.

Benton said that the social media posts have brought people out from the woodwork to comment on past interactions with Lee, and that he was banned from multiple establishments.

“How does someone fly under the radar so long,” Benton questioned, “especially in Richmond?”

Richmond Police, Animal Control  officials and the prosecutor all declined to comment on the case because the investigation is ongoing.

Lee was arraigned Tuesday morning. He's being released on a personal recognizance bond of $2,500 and allowed to leave the state; previous court charges list a North Carolina residence. His next courtdate is on Oct. 25, at 9:30 a.m. in Richmond.

CBS 6 reporter Sandra Jones visited Lee's apartment for a comment, but he was not there. His attorney did not return calls for comment.