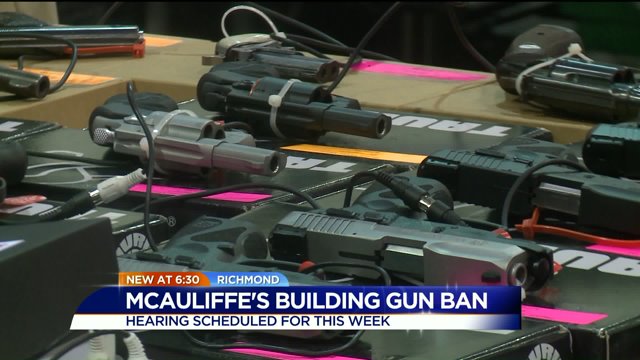 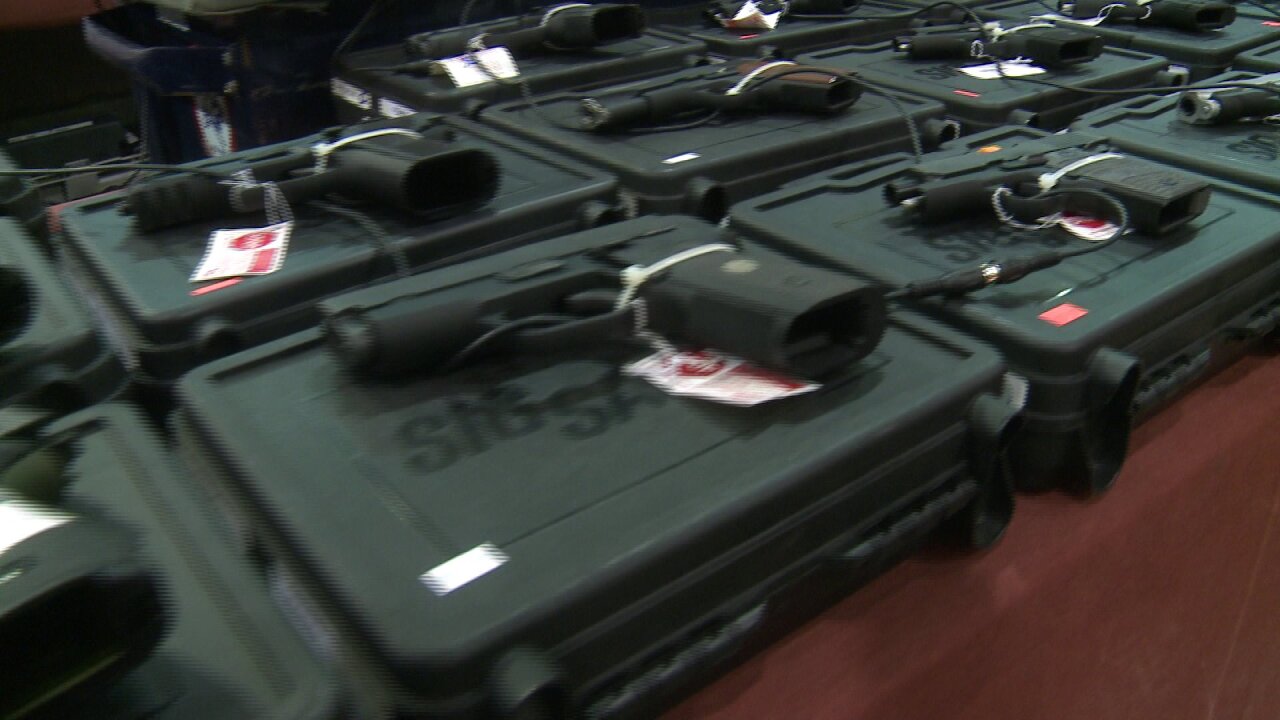 McCauliffe signed an executive order to prevent gun violence last year. Some of the measures included creating a new task force, a tip line for state police so people can report gun violations and a ban on all weapons in executive branch offices.

Virginia State Director of the Coalition to Stop Gun Violence Lori Haas stood next to the governor when he made the announcement.

"More guns in more places does not stop gun violence,” said Haas, who is also the mother of VT shooting survivor.

The ban applied immediately to open carried guns but banning concealed weapons requires more regulation. Wednesday, there will be a public hearing where residents can weigh in.

"Concealed carry permit holders are like the general population, most are good guys, more are law abiding. But not every single one is, and how are you going to know the difference?" said Haas.

The ban includes state agency offices in Richmond as well as other buildings throughout the commonwealth--like the Department of Motor Vehicles. The restriction doesn't apply to the capitol or the general assembly offices.

"They can’t guarantee us our protection. Nobody can. Only we can,” said Gary Lewis, the owner of Gary’s Guns and Transfers in Richmond.

"It's not necessary at all,” said Ben Goldberg, the owner of LMG Guns.

But some gun dealers say banning all guns from specific buildings would make it less safe.

"To announce to the world -- good guys and bad guys -- that none of the good guys are armed, it makes it clear that they have no resistance when they want to do some harm,” said Goldberg.

Others opposed to the ban say concealed permit holders have to pass a background check, and therefore are authorized to have that gun.

"As long as he checks and says, 'Yes I have my concealed gun, I have a valid permit,' that should give him right to go in there,” said Lewis.

But supporters of McAuliffe’s executive order like Haas say that's not enough.

"The permit, there is no training required. And right now in Virginia, you can get it online with a 20-question test. Your blind grandmother can get a permit. If you're going to carry a firearm in public, you need higher training,” said Haas.

The ban doesn't apply to law enforcement, security or military personnel carrying guns while on duty.

The public hearing will be held from 10 a.m. until noon on August 31, 2016, in the auditorium of the Pocahontas Building located at 900 E. Main Street, Richmond, Virginia. Seating and access will be provided on a first-come basis. Anyone who wishes to speak at the public hearing must sign up at the event. Sign-up begins at 9 a.m., and speakers will be called in the order in which they signed up. There is no pre-registration. All speakers are limited to two minutes. All persons and bags are subject to search prior to entering the auditorium. No signage will be allowed.

Members of the public who attend but are not able to speak or who cannot attend the hearing can submit written comments on the Virginia Town Hall regulatory website at http://townhall.virginia.gov/L/viewchapter.cfm?chapterid=2905. The full text of the proposed regulation can also be found at that link.