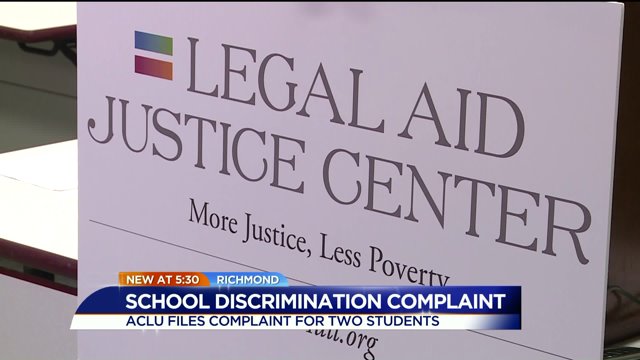 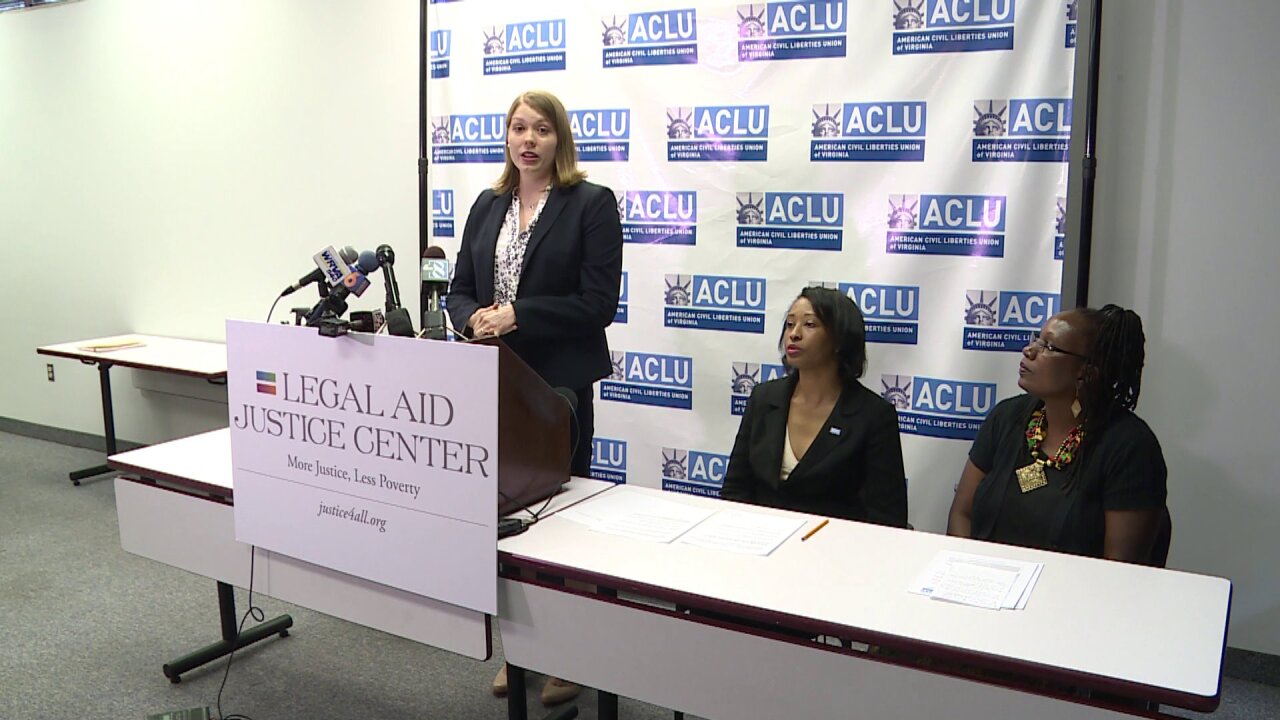 RICHMOND, Va. -- Two students and the local NAACP have filed a complaint against Richmond Public Schools, accusing the district of discrimination when it comes to suspending black students and students with disabilities.

The American Civil Liberties Union has filed the complaint with the U.S. Department of Education’s Office of Civil Rights.

The ACLU, NAACP, and Civil Liberties Union say the current student code isn't clear in what it considers misconduct and doles out harsh punishments for minor behaviors.

The ACLU says during the 2014-15 school year, African-American students made up about 76 percent of the total student population in RPS but were issued 93 percent of short-term suspensions and 97 percent of expulsions.

African-American students were 5.69 times more likely than white students to be suspended, according to ALCU.

“Students affected by these policies are less likely to graduate on time, are often unsupervised during the day, and have a higher potential for lower standardized test scores,” said ACLU of Virginia Legal Director Leslie Mehta.

The complaint says African-American students with disabilities were 12.91 times more likely than white students without disabilities to be suspended, according to data provided by the Virginia Department of Education.

The ACLU says during the 2014-15 school year, students with disabilities made up 16 percent of the student population, but were issued 31 percent of suspensions and 63 percent of explosions.

“Make no mistake about it: this is about justice, equality, and fairness for students with disabilities, or who are African American or both,” added Mehta.

The complaint calls for alternative approaches to discipline.

“These disparities cannot be explained by differences in student behavior,” said Rachael Deane, an attorney with the Legal Aid Justice Center. “Rather, there is overwhelming evidence that the school division’s discipline policies are excessively punitive and lack clear standards for application, leading to subjective interpretation and selective enforcement.”

“The school division must conduct an unflinching examination of these disparities and adopt strategies to improve school climate and ensure that discipline policies are fair for all students,” said Lynetta Thompson, president of the Richmond NAACP.

Wednesday evening, Richmond Public Schools sent CBS 6 a statement that said they wish the issue had been brought to them in a more timely manner.

They said their code of conduct handbook has been revised to ensure fair and consistent disciplinary actions for all students.

Here is the full statement released by Richmond Public Schools:

“It is unfortunate that this complaint was not shared with the school district in a more timely manner to allow us the opportunity to demonstrate the efforts that have already taken place to address many of these concerns. Given that the trend of discipline data is a local and national issue, the school district continuously conducts reviews to ensure appropriate outcomes.

It is important to note that Richmond Public Schools is working diligently to ensure that all disciplinary actions are fair and consistent. The Student Code of Responsible Ethics (SCORE) Handbook was revised to move away from zero tolerance based discipline. As part of these guidelines, faculty and staff consider factors such as the nature/seriousness of the violation, the student's age, the student's previous disciplinary record, and any other relevant circumstances when determining the most appropriate disciplinary interventions/consequences. A tiered model of intervention was implemented to clearly define which disciplinary action can be taken based upon grade level and behavior.

Based on the filing of this complaint, we await contact from the Office of Civil Rights (OCR) and we will fully cooperate to provide any necessary information to facilitate the investigation. Our goal is to find disciplinary measures that balance safety and instruction, so we welcome any dialogue that promotes both equity and quality in the education of our students.”