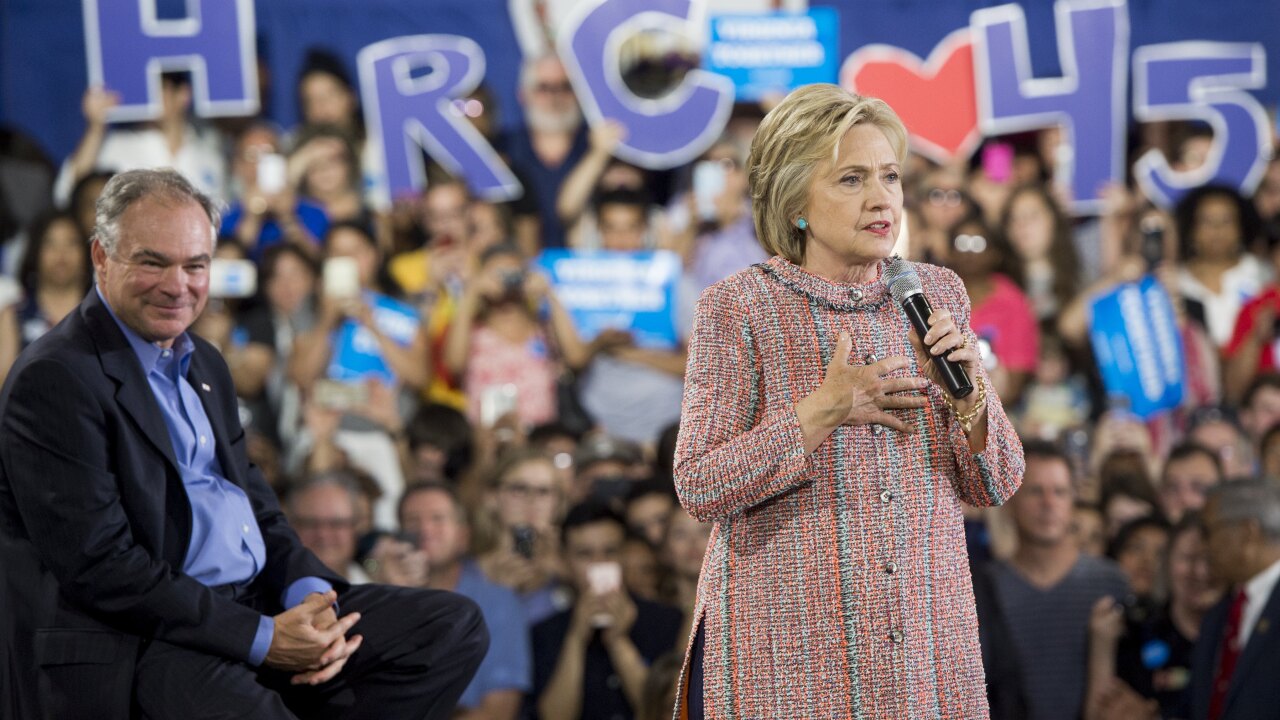 LOS ANGELES — Hillary Clinton’s presidential campaign will make their final ad reservations for the fall this week, according to an aide, reserving — in total — $80 millions in ads through Election Day in eight states.

Two states that the Clinton campaign will not air local ads in through September and October: Virginia and Colorado.

“Our campaign is going to use every tool in our toolbox from a massive grassroots campaign, state-of-the-art digital outreach and a significant advertising campaign to make sure every voter knows the stakes in this election and the danger Donald Trump represents,” said a Clinton aide about the ad reservations.

While aides hope this will be their final ad reservations of the presidential campaign, one aide conceded that their strategy and ad buys will likely change as Election Day gets closer.

In total, Clinton will spend $3 million in ads for the remainder of August and $77 million in September and October, according to an aide. The states part of Clinton’s ad campaign: Florida, Pennsylvania, New Hampshire, Iowa, Nevada, Ohio, North Carolina and the Omaha market in Nebraska.

So far, the aide added, the Clinton campaign — which began airing general election ads in mid-June — has aired more than $70 million in ads.

The Clinton campaign, by not airing ads in Virginia and Colorado, is following decisions made by Priorities USA, Clinton’s top dollar super PAC, which announced last week that they would not air any local ads in Virginia, Colorado and Pennsylvania from September 2 to 20.

“We know, at the moment, these are tough states for Donald Trump and there isn’t as much of a need for us to air ads there,” said Justin Barasky, communications director for Priorities USA, who added that the group has no plans to expand their battleground map before Labor Day.

The group announced earlier this month it planned to go dark in certain markets in Virginia and Colorado, but said at the time that they intended to return to the air on August 16. With polls going Clinton’s way, however, the group decided to extend suspensions in Colorado and Virginia, adding Pennsylvania to the list.

The Clinton campaign will also begin airing a new ad Monday that sharply criticizes Trump by using his own words against him, suggesting that his off-the-cuff style could lead to conflict and war.

The ad — titled “June One” — features Trump saying “I know more about ISIS than the generals” and suggesting he would “bomb the s—” out of the terrorist group.

After months of not airing any ads, the Trump campaign announced last week that they would begin airing about $4 million in television time in four states to air over the next 10 days: $1.4 million is reserved in Florida; $985,000 in Pennsylvania, $830,000 in North Carolina and $745,000 in Ohio, according to data from CMAG/Kantar Media, a company that tracks political advertising.

The ad, which has failed a number of fact checks, argues that he can keep America safe from the scourge of undocumented immigrants, unvetted refugees and terrorists.

“In Hillary Clinton’s America, the system stays rigged against Americans,” a narrator says, alleging that Clinton would allow dangerous refugees from Syria and criminal illegal immigrants to roam the country. “Our border open, it’s more of the same — but worse.”