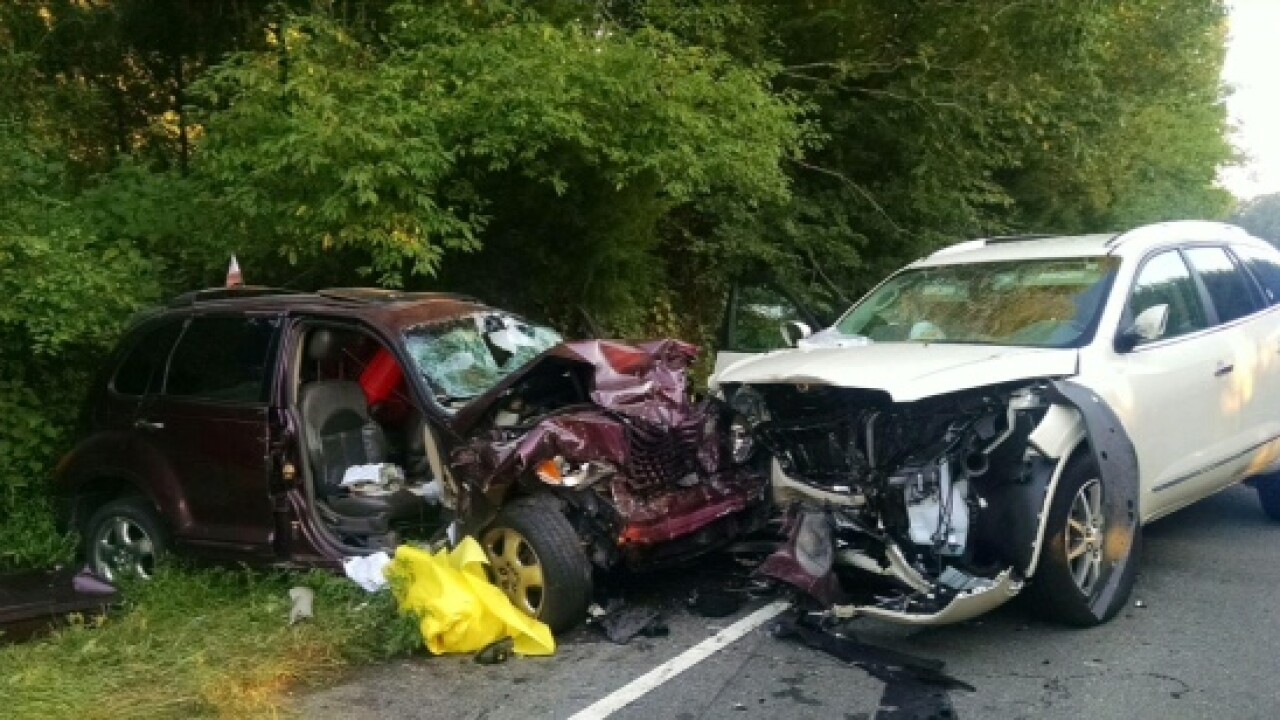 CHARLES CITY COUNTY, Va. — One person was killed and three others injured in a head-on wreck near the Benjamin Harrison Bridge in Charles City County Saturday afternoon.

“A 2001 Chrysler PT Cruiser was travelling south on Roxbury Road when it ran off the right side of the road, overcorrected left crossing into the north bound lane and striking a 2015 Buick Enclave head-on,” Vick said.

The passenger of the Chrysler, 64-year-old Charles H. Moss of Petersburg, died at the scene. The driver, 69-year-old Willie Noise of Petersburg, was med-flighted to VCU Medical Centerwith serious life-threatening injuries.

Troopers said neither of the men were wearing seatbelts.

The driver of the Buick, 57-year-old Lynn Tucker and her husband, 60-year-old Charles Tucker, were transported to VCU Medical Center with serious injuries. The couple is from Newport News.

The Virginia State Police Crash Reconstruction Team is assisting with the crash which remains under investigation.

VDOT officials said all northbound lanes of Roxbury Road (Route 106) were closed because of the crash for much of the evening. The roadway reopened at 10:20 p.m.