US women to re-run 4×100-meter relay after obstruction 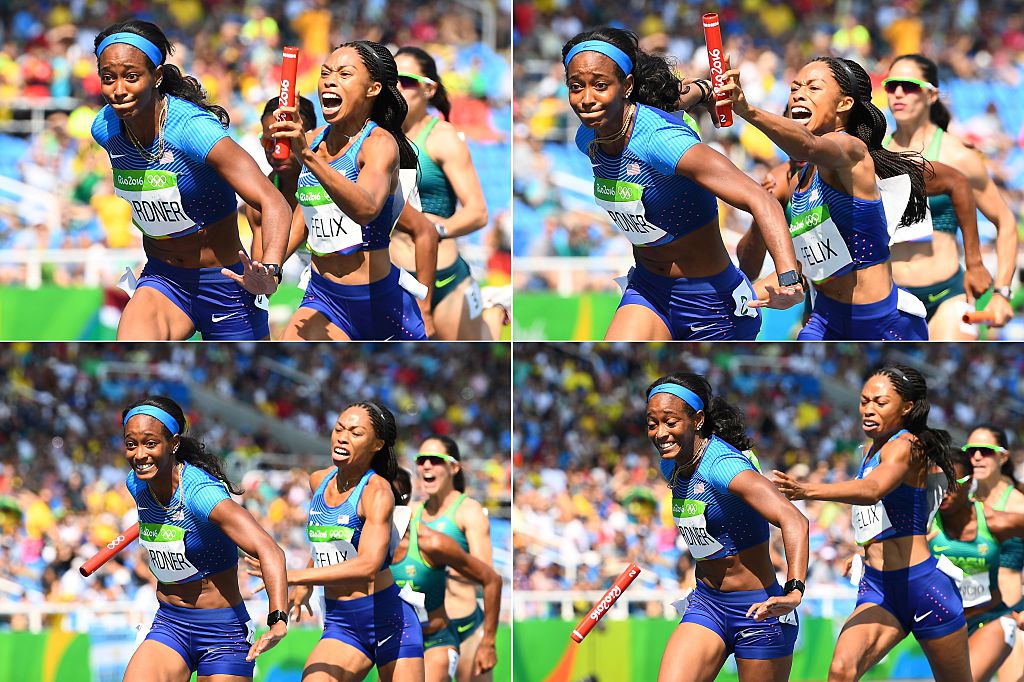 The anguish was clear on Allyson Felix’s face.

Felix, the second leg on Team USA’s 4×100-meter relay team, was about to hand off the baton to her teammate, English Gardner.

But then, disaster struck. Just as she was about to pass the baton, Felix was hit by a Brazilian runner who veered into the US’s lane. It caused Felix to trip, bungling the exchange. The baton was dropped.

“I just felt contacted,” Felix told NBC after the race. “It tripped me up.”

It did not appear that Brazil hindered Felix on purpose. But it did look like the US wouldn’t advance to the final, in which the Americans were expected to win a medal.

Despite the botched handoff, Gardner picked up the baton and continued to race. Felix explained why after the race was over.

“I just know that if something is protest-able, you have to finish,” Felix told NBC. “So we just tried to finish it out.”

It proved to be a wise decision.

After the race, the US filed a protest. The appeal was found in the Americans’ favor, and there will be a US re-run at 8 p.m. local time — 7 p.m. Eastern Time — Thursday to try to qualify for Friday night’s final. Brazil was disqualified.

The re-run will have an odd look, as no other team but the US will be on the track. In order to qualify for the final, the US will need to have a better time than the country currently in the eighth position, which is China. The time to beat: 42.70 seconds.

Jamaica comfortably won the first heat of the 4×100 in 41.79. In the second heat, which included the US, Germany won in 42.18. The other teams that have qualified for the final are Great Britain, Ukraine, Nigeria, Trinidad and Tobago, and Canada.