RICHMOND, Va. – A man with a shoulder injury has been rescued from Pony Pasture in the James River after getting stranded on a rock. 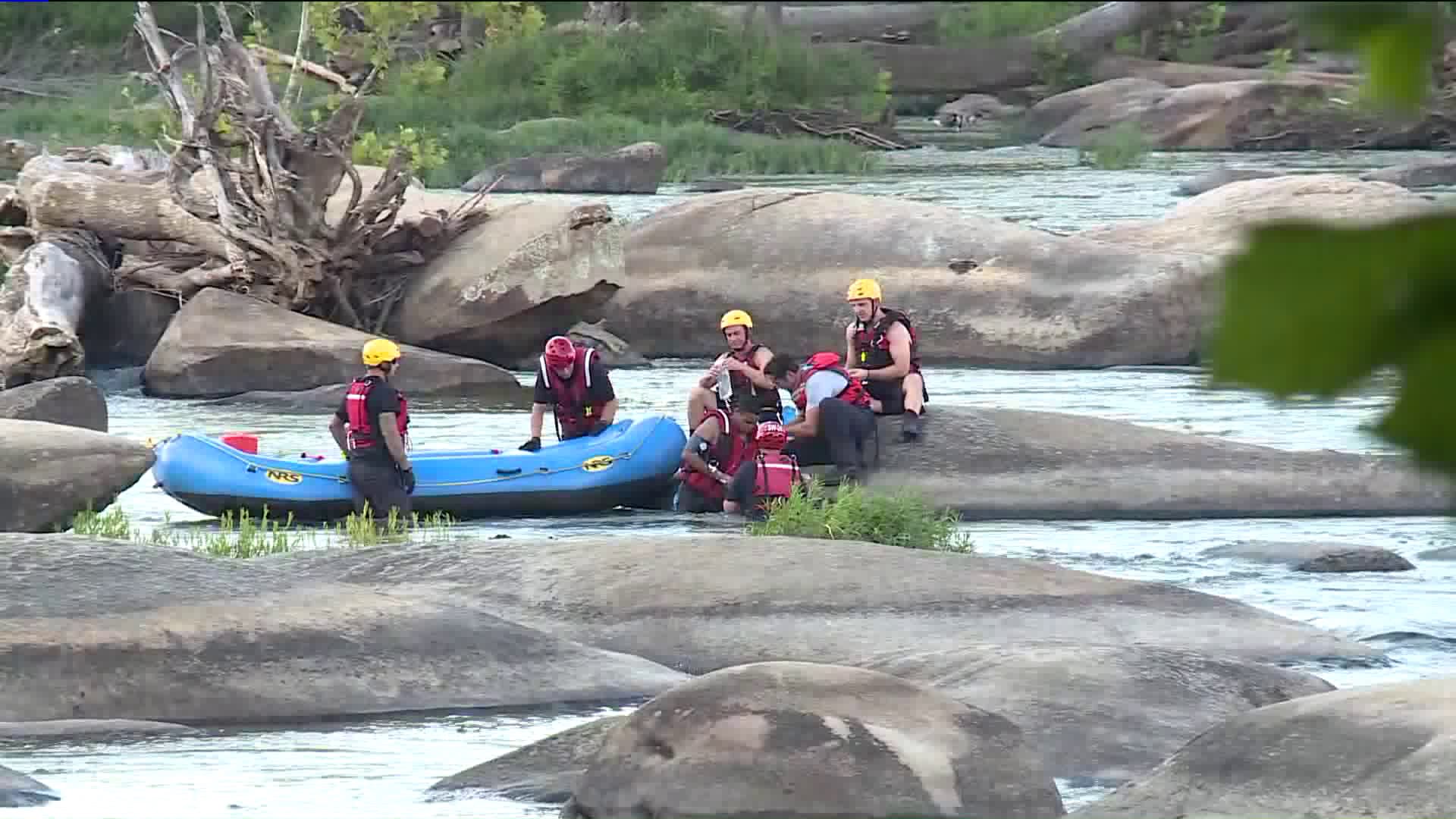 Richmond Fire and Rescue picking up the man up from the rock and brought him back to shore. He was put into an ambulance and transported to a local hospital.