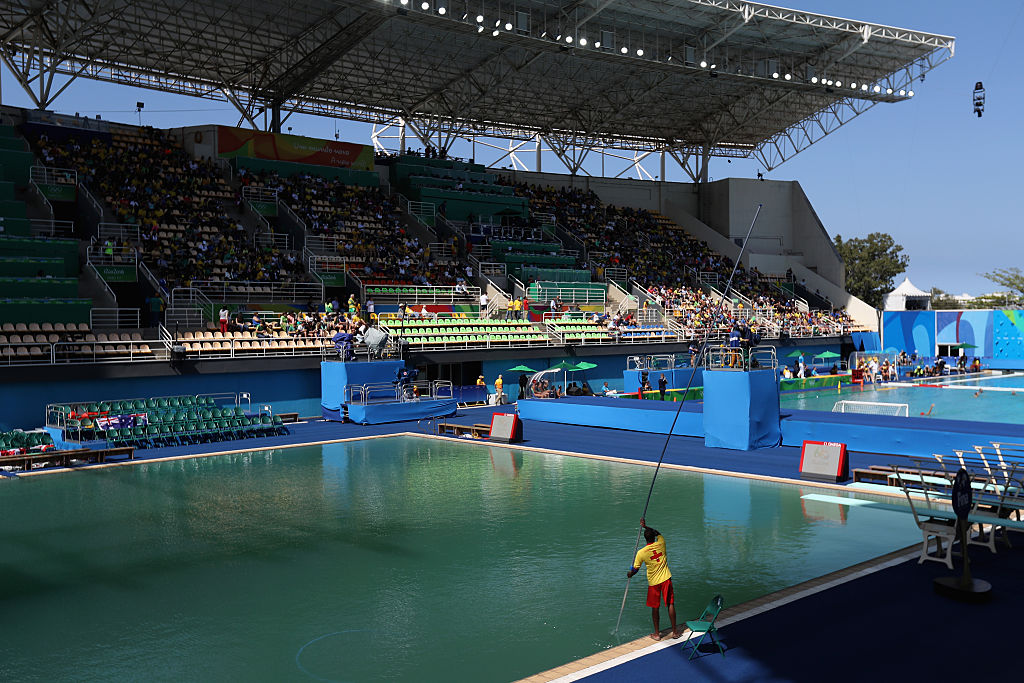 RIO DE JANEIRO — Olympic organizers took “extreme measures” by draining a swimming pool that had turned green and refilling it Sunday, just a few hours before the start of the synchronized swimming events, an official said.

“We changed the water of the synchronized swimming pool, and water polo is moving to the aquatics stadium as planned,” Rio 2016 Olympic spokesman Mario Andrada told reporters Sunday. He added that the pool, now an aqua blue, “looks as it should.”

The nearly 1 million gallons of water in the pool at the Maria Lenk Aquatics Center, which had been used for water polo, had mysteriously turned green, much like the water in the diving pool nearby.

“We have been trying to clean the pool for four days, and obviously it’s not going as fast as we want it to,” Gustavo Nascimento, Rio 2016 director of venue management, said prior to the draining Sunday.

The decision to drain and refill the pool came hours after Andrada told reporters that “extreme measures” would be taken.

Nascimento had said organizers would not drain the water in the diving pool but would instead try to improve the pool’s filters.

So what caused the green water in the first place?

Nascimento says hydrogen peroxide may be to blame for the green coloring.

“On the day of the Opening Ceremonies of the Games, 80 liters of hydrogen peroxide was put in the water,” he said. “This creates a reaction to the chlorine which neutralizes the ability of the chlorine to kill organics. This is not a problem for the health of anyone.”

Even if it’s not a health problem, Andrada said the incident an embarrassment for the organizers.

“We are hosting the Olympic Games,” he said. “The world is here, the best athletes are here, so the water comes to be an issue.”