In fact, she became the first African-American woman to win an individual Olympic swimming medal.

The 20-year-old was considered a long-shot entering the event, but her inspiring performance and inspirational message has caught the attention of millions across the county. 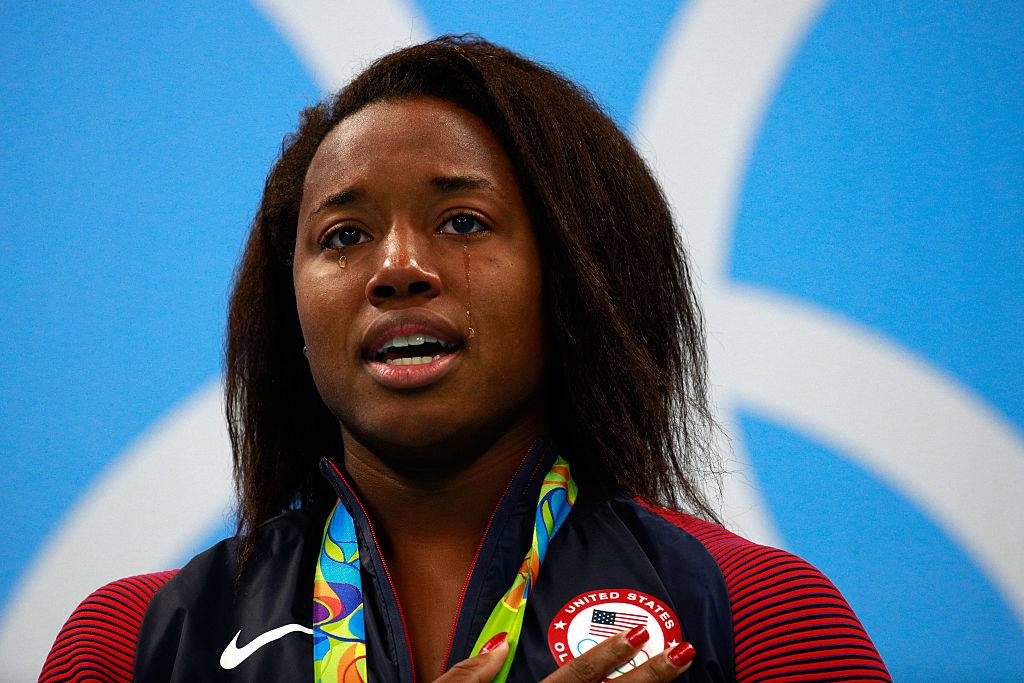 After setting the Olympic record Thursday night, Manuel said she hopes to inspire little girls who want to swim, but are told it isn’t for them or they can’t do it.

“Hopefully it will get them inspired,” Manuel said following her victory. “The gold medal wasn’t just for me. It was for people who came before me and inspired me to stay in this sport, and for people who believe that they can’t do it. I hope that I’m an inspiration to others to get out there and try swimming. They might be pretty good at it.”

In Chesterfield County, coaches at Swim RVA say they already see an impact and a new glimmer of hope in the eyes of their young athletes.

RVA Swim manager Adam Kennedy says Manuel’s win at the Rio Games is a game changer and he believes it will propel diversity in the pools nationwide.

“With Simone Manuel winning, she’s going to inspire a generation, not only of black children and African-Americans, but young girls as well,” he said.

Kennedy said nationally, 70 percent of African American children don't learn how to swim, but he expects that will change after Rio.

That’s a sentiment that Manuel emphasized after winning gold Thursday.

“She gets it. She gets it,” said Kennedy. “She has the opportunity to inspire a generation of young children from a very diverse background who have traditionally not engaged in aquatic sports. This is going to be so huge.”

Kennedy said the Olympics are always a prime time to showcase swimming, but Manuel’s emergence could also have a big impact on swim infrastructure in local communities.

“It empowers and gives permission to communities that have been traditionally been locked out of aquatics sports,” Kennedy said. “Lack of facilities and neighborhoods where kids from diverse backgrounds haven’t had that access. This is going to drive that demand… People are going to be excited and say, ‘hey I can do that too.’”

Ultimately, Kennedy says Manuel’s emergence will save lives and that’s the most important thing.

“She will not only save kids’ lives, but inspire kids to use aquatics,” he said. “That's a lifetime of skill to stay healthy, active and fit and we will see it here in the Richmond region in such a big way.”