Officials said the plane was attempting to land at the airport at 12:26 p.m. when it came to the end of the runway and pulled back up.

"The plane made it beyond the railroad tracks at the end of the airport property, banked left and struck the tree line," Virginia State Police Public Relations Director Corinne N. Geller said. "The plane crashed in the trees and immediately caught fire."

Investigators say a total of six bodies were recovered from the burnt wreckage of the plane Friday afternoon.

All the remains will be transported to the Office of the Chief Medical Examiner in Richmond for positive identification.

State police are still in the process of notifying next of kin and will not release decedent information until all next of kin are notified. All six victims are from out-of-state. 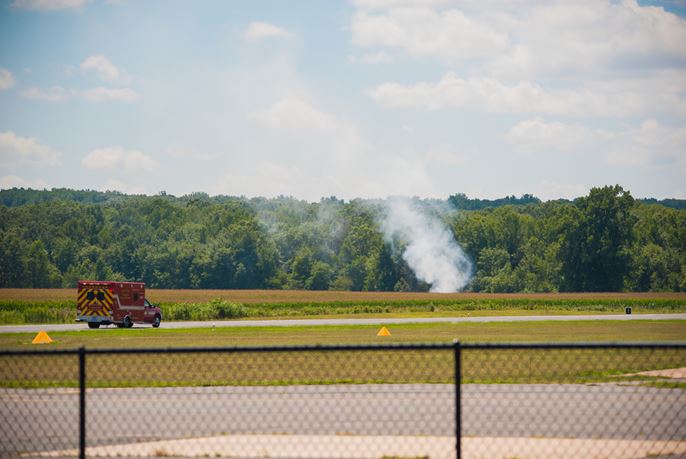