The project design calls for the construction of 17-foot tall steel rings, 10 total, which will line the green space near the Manchester Flood Wall. Both the  Richmond Public Art Commission (PAC) and the Planning Commission have unanimously approved the design for the south entrance point to the still under construction Potterfield Memorial Bridge.

Work is expected to begin in September.

"The artwork laces through the transition zone from civilization to nature, riding the edge of nature, dancing between the built and the wild. I was drawn to create a playful connection between nature and our civilized world," wrote Joshua Wiener, the Colorado-based artist who designed the sculptures and landscaping, in his presentation to the PAC.

The $200,000-price tag has been called into question by some city leaders and by the Richmond Times-Dispatch editorial board.

Funding for the project was allocated in the 2014 Capital Improvement Budget, PAC officials said.  In January 1997, Richmond City Council passed the "percent-for-the-arts" ordinance, which sets aside funding for public art projects.

"A 1% allocation for art is earmarked from the city's Capital Budget of appropriate new or renovation construction projects having budgets over $250,000," according to the commission's website.

The project has resurrected an age-old "arts versus services" debate; given that Richmond is a city where residents routinely report pothole-littered streets and kids attend decades-old schools being repaired by parent's fundraising.

The Richmond Times-Dispatch editorial board said projects like the riverfront rings are "further evidence of Richmond’s loose way with a dollar." 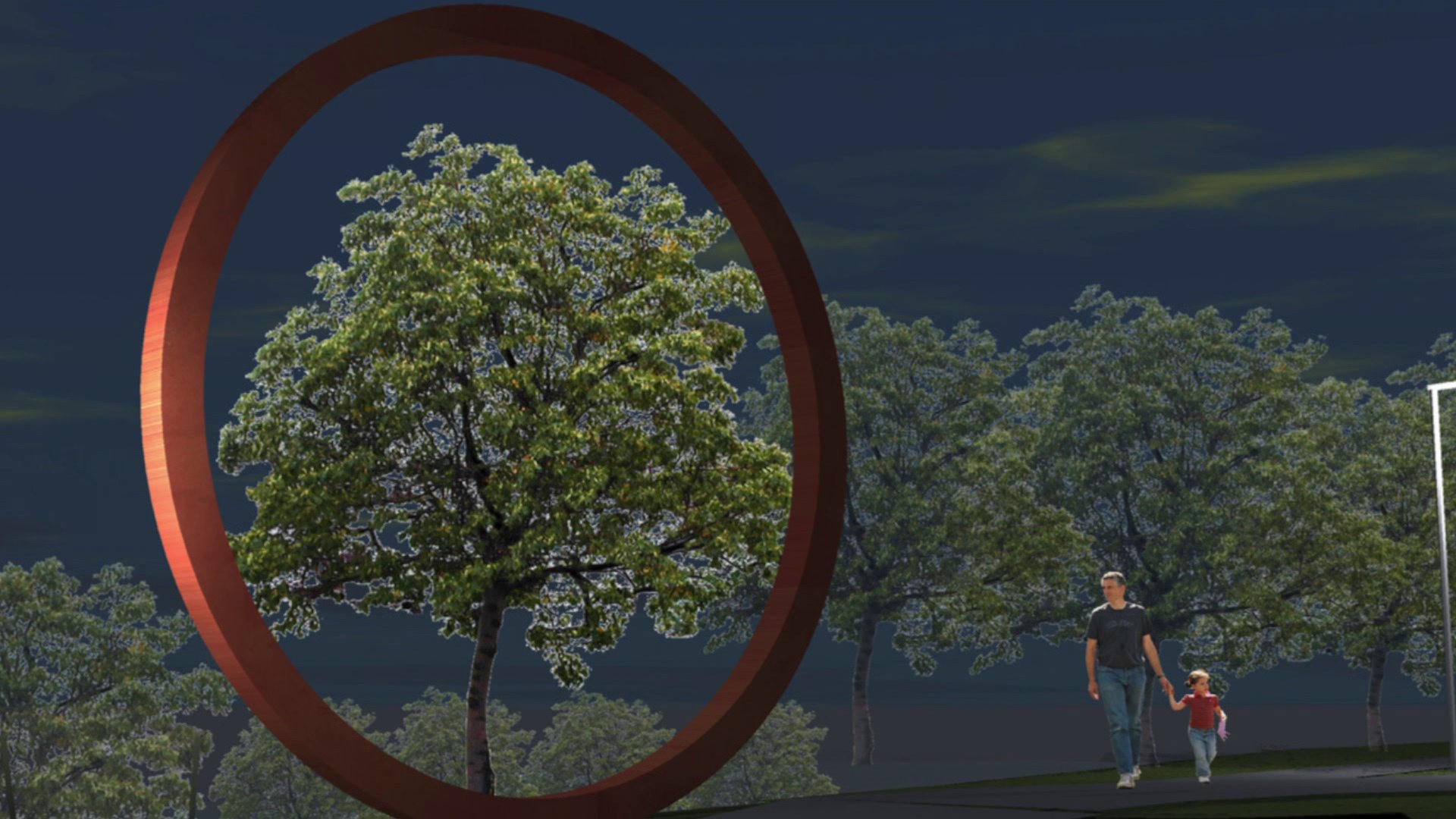 Several city residents who reviewed the project Tuesday said they liked the design and said it would likely draw more visitors to the James River Park system.

"I"d definitely go visit this; I'd take 43 selfies in this," said former art minor and Richmond resident Brittany Davis.  "What's a good city if you don't have good art?"

These rings would be funded by the Public Arts Commission.

"I think they're pretty cool. Landmarks like that attract tourist, they come to see it, take pictures, stuff like that," said Chad Sadler, who works near Brown's Island, the north entry point of the Potterfield Bridge --which will completely span the river when done.

Richmond parent Huff Coon said he is fine with the design and public art, but that he still sees problems in his kids' schools.

"If it helps beautify the city, I got no problem with it," Coon said. "It's just the question of the rest of the money, is it being effectively used?"

To view documents and designs for the Riverfront Art Project, click here.