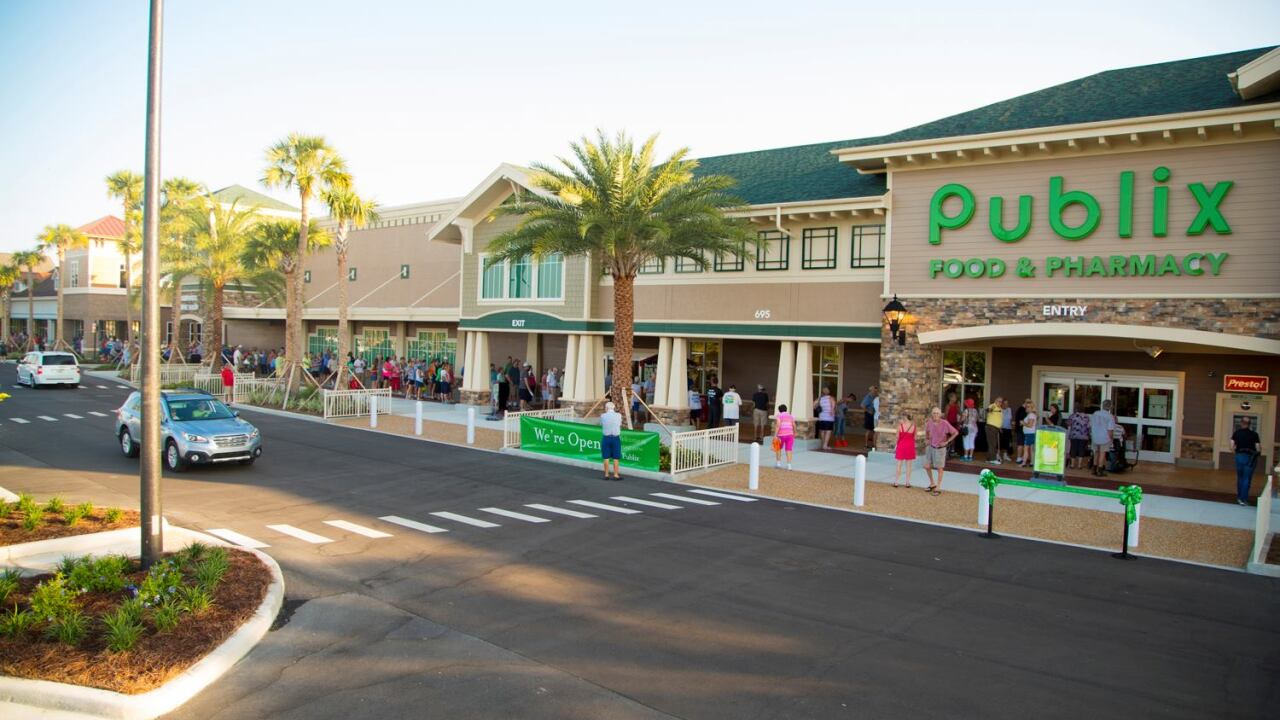 Publix Store #1507, in The Villages, Florida

RICHMOND, Va. – Two of the grocery stores moving into the Richmond market do not have specific fuel perks programs or fueling stations, harkening back to a time when fuel savings were not a strategic part of grocery shopping.

Martin’s continued the program and even added fuel pumps outside a handful of stores.

Competing grocery stores, like Kroger and Walmart, also began to offer fuel savings as an incentive for customer loyalty, at a time when goods could increasingly be purchased from any numbers of places.

“The gas pumps themselves aren’t necessarily a moneymaker,” he added.

“We don’t have a fuel perks program, but have frequently offered our customers discounts on gas cards,” said Kim Reynolds, Media and Community Relations Manager for Publix.

The Martin’s with fueling centers still for sale are at 200 Charter Colony Parkway and 253 N. Washington Highway.

“It is business as usual as Martin’s continues to operate these stores for an extended period of time,” said Chris Brand, External Communications and Public Affairs Lead.

Martin’s has not addressed what they will do if fueling centers aren’t purchased when the remaining nine stores are sold.

Both Publix and Wegmans, which now has two locations open in the area, seem to have a different strategy than the current local competition.

“Their formula works,” Glass said. “They are rated, generally speaking, as number one and number two for customer satisfaction.”

“What Publix does very well is customer service, consistent pricing, clean stores, and they do their job,” he explained. “They have a lot of employee loyalty because they are part of the ownership.”

“That’s what they do, and they do it successfully,” Glass added.

Yet, even Glass admitted that fuel perks have driven his family’s grocery purchases.

“You take the Walmart’s and Kroger’s of the world, and they put the gas pumps out there because they need the hook,” he said.

The Federal Trade Commission set a timetable of 180 days to 360 days for the Martin’s sale to be completed, on a store-by-store basis.

The 10 Martin’s locations will continue to operate until the Publix permit process is completed. Grand opening dates for the Publix’s locations depend on remodeling timelines and completion of store construction.

But no exact timeline has been established for the sale of the remaining nine stores.

And it’s likely that the FTC has no interest in the sale of the fueling centers, but there is no incentive for Martin’s to operate them when the stores are sold, Glass pointed out.

“If they don’t have any business, they aren’t going to run those pumps,” he said.

If no buyers snap up the centers, the pumps could simply be shut down and the space unoccupied.

“Landlords may have to be more cognizant of these things in the future,” Glass said.

CBS 6 reached out to the property manager of Westpark Shopping Center for comment but was not contacted back by time of publication.