RICHMOND, Va. -- A community festival that started as neighbors sharing a hot dog and drinks with a few kids has now morphed into one of the city's biggest children’s festivals.

The 14th annual "Set up a table, Celebrate a Child Community Festival" is organized by Jerry Bagby, the founder of non-profit MOTIV8S Inc.

The goal of the festival is to celebrate all children in a safe environment.

When Bagby started the event he received support from Richmond City Council to host the festival in various city parks. This year’s festival will be held at Jefferson Park in Union Hill. 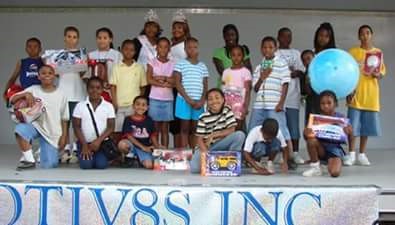 Bagby says local businesses, nonprofit groups and churches have donated food and toys in the past. This year they're in need of more sponsors and donations.

“As a safe experience, the Richmond Police Department provides security,” said Bagby. “We’ve done this 14 years, it’s never rained out, it’s a blessing, and all the children have been safe, no incidents and no accidents. We are excited about this year.”

Pastor Marvin Green with the Anointed Worship Center says the event is all about coming together.

Green said children from the entire Richmond community is welcomed to come to the event.

“Let’s have a hot dog together, we’ll give out some toys, some school supplies. We just want to make this a big celebration and it's all about the youth of our city,” he said.

Bagby says this year's event will be held on August 20 from noon until 6 p.m. at Jefferson Park in Union Hill.