Our most historic bridge could have another charming life 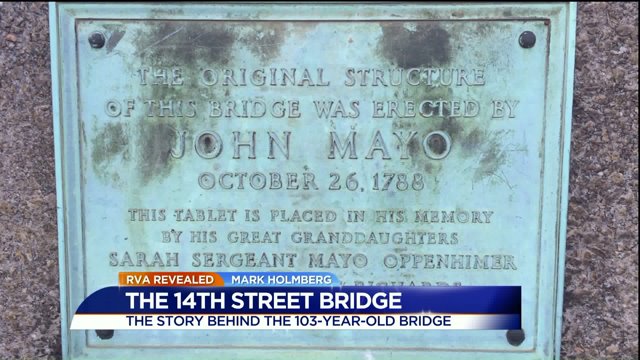 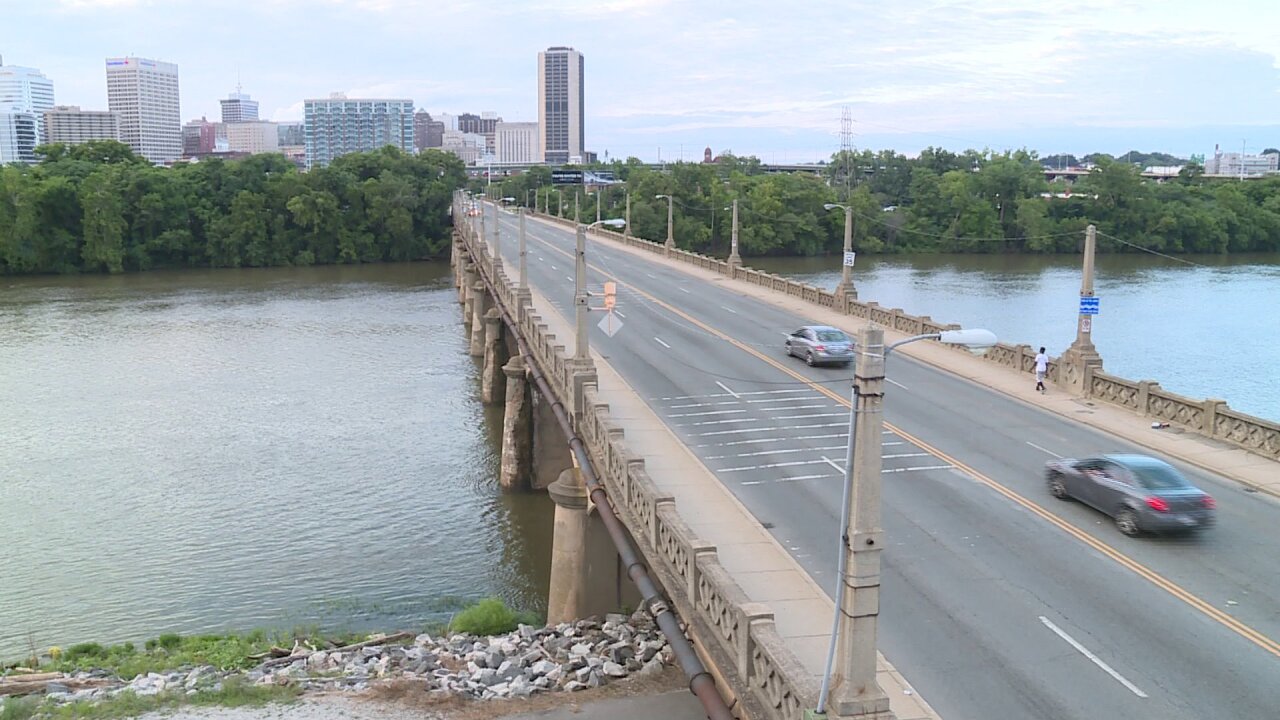 RICHMOND, Va. -- It's roughly 105 years old and still beautiful, but it's being beaten to death right before our very eyes.

"It's not your 7-Eleven Big Gulp. And that's what it's being used for, to move volume."

The distinctive bridge over the mighty James River between Shockoe and Manchester carries 7,000 vehicles a day, including buses and big rigs.

It was named after John Mayo, grandson of the man who laid out Richmond streets.

It replaced a series of floating toll bridges and the one burned during the Union sacking of Richmond during the Civil War.

Hild, who owns property on both sides of the river, has a vision for saving and transforming this historic bridge and the island it straddles.

Hild envisions a more park-like environment, as it was in the past when it was home to Richmond's baseball park and an entertainment venue.

"It's dangerous to go across that bridge," Hild said. "Heavy traffic needs to be diverted to the nearby Manchester Bridge," and Mayo needs to be remodeled and returned to two lanes for vehicles with lanes for pedestrians and bicyclists.

Plus, he said, we should bring back the streetcar connector!

Hild believes lots of people and businesses would get behind a more park-like, human-friendly bridge to connect the two souls of the city that the river runs through.

"You've got to give yourself permission to dream big," he said.

Besides, North Side owes South Side some serious money and love, he added.

"Manchester has been paying taxes for 100 years since they voted for annexation to join the city of Richmond and it has seen nothing. No sidewalk repair, no infrastructure, no street repair, zilch," Hild said.