CAROLINE COUNTY, Va. -- A credit card skimming device was found in Virginia and, according to the Caroline Sheriff’s Office,  there isn’t much you can do to prevent becoming a victim.

The device was discovered at the Speedy’s Mart Exxon station on Ladysmith Road in Ruther Glen.

Three devices were found on gas pumps at the store, investigators said.

"If you did get gas at the Ladysmith Exxon, please check with your financial institution and look for credit card information that doesn’t look right… Then call us and report it," said Caroline County Sheriff Tony Lippa.

The devices were discovered August 2 by inspectors from the Virginia Department of Agriculture, Division of Weights and Measures, while conducting routine fuel pump inspections .

When they discovered something that didn’t appear appropriate, they contacted the sheriff’s office.

"The consumers would not even know that there was a skimming device attached to the gas pump," said Sheriff Lippa.

That’s because the devices were installed inside the pumps and were not visible. 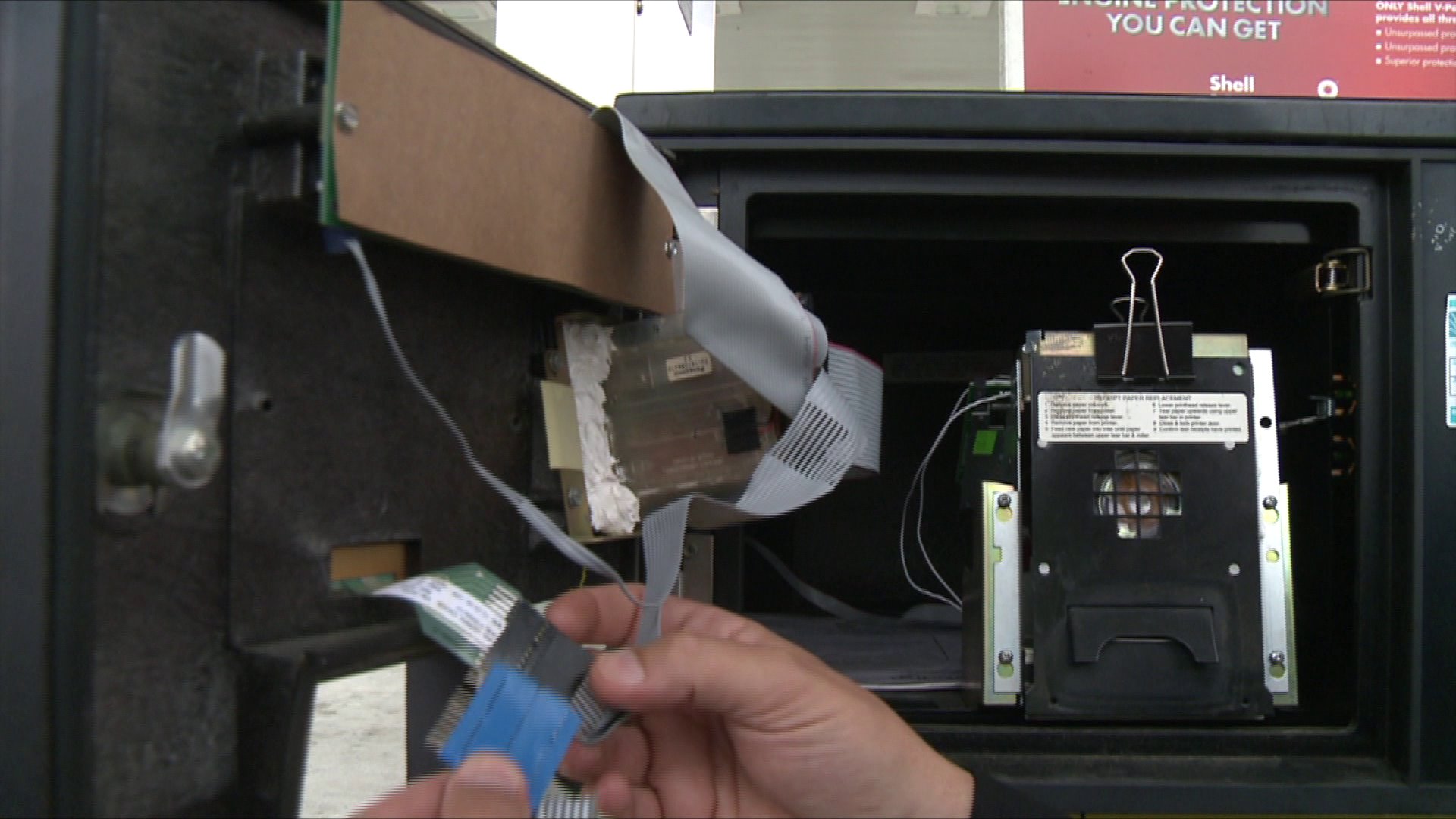 “You pull it apart and this blue piece is put in the middle and they’re put back together,” said Lt. Travis Nutter, as he demonstrated how the device worked.

Caroline investigators say someone hooked up a Bluetooth skimming device to steal your valuable credit card data and personal information.

“You can connect to this device via tablet, a telephone anything that is Bluetooth capable and pair it with this device to be able to extract the information that’s on the device,” said Lt. Lutter.

Investigators said the keys used to open many fuel pumps are universal and not difficult to obtain.

Sheriff Lippa said he told his deputies to check every gas pump in the county.

Since the first report on CBS 6 aired, dozens came foward.

Deputies adi the vicitms had their credit or debit card numbers used in New York, Maryland, Missouri, Florida and overseas in Germany.  The charges range from $5 to $1800.

"We've seen smaller five dollar charges and we believe the suspects may do that just to see if the card works before trying to make bigger purchases," Lippa said.

"It doesn't interrupt the pumps service whatsoever… So people working inside have no idea this thing has been placed on it," added Lt. Nutter.

Lippa said Ladysmith Exxon management was cooperating with the investigation and so far that was the only gas station in the county where they have discovered the devices.

"There's not much consumers can do to prevent becoming a victim, luckily their bank institutions are pretty quick about returning the stolen funs promptly," Lippa said.