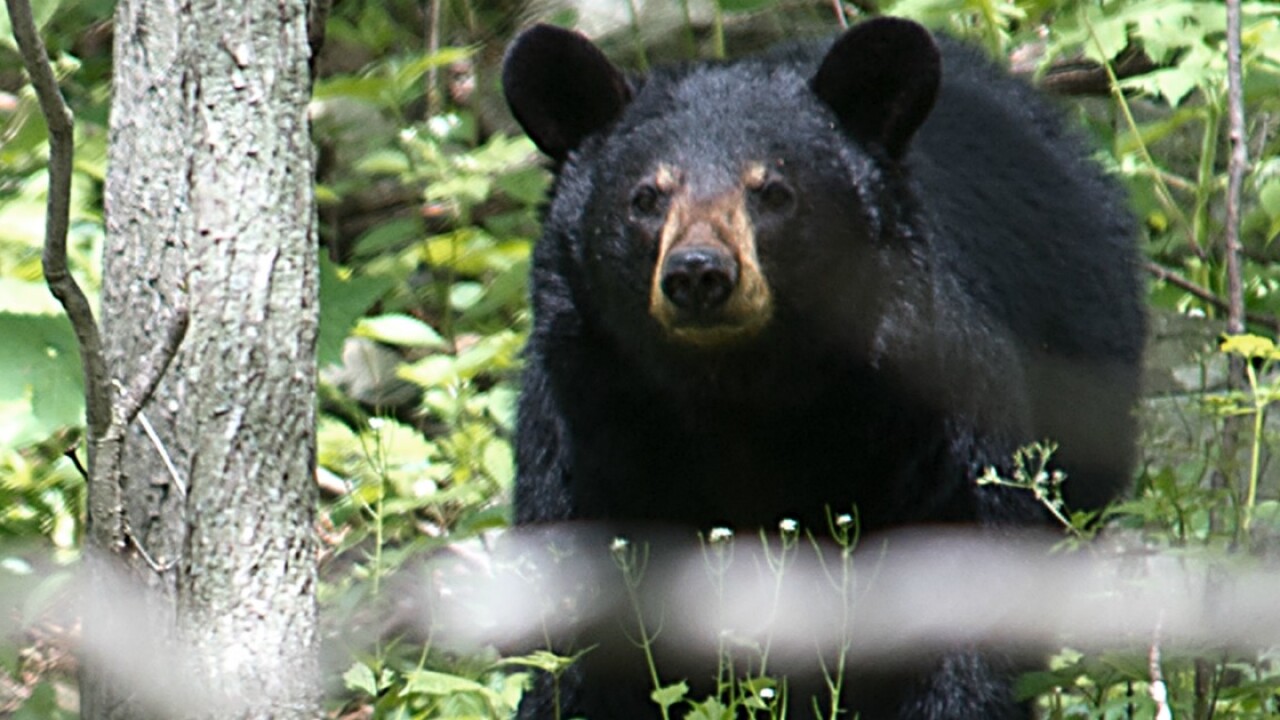 A black bear is seen in the Shenandoah National Park in Virginia. (PHOTO: KAREN BLEIER/AFP/GettyImages)

LURAY, Va. — Park rangers closed the Snead Farm Fire Road and Loop Trail in Shenandoah National Park after a bear killed a dog that was on a hike with its owner. Wednesday’s attack happened near the Dickey Ridge Visitor Center after the hiker and her two dachshunds encountered a mother bear and her two cubs.

“The hiker was accompanied by two dogs on retractable leashes. Confronted by the bear, the hiker fled the area, at which point the bear attacked the trailing dog who later died of its injuries,” a park service spokeswoman said.

Hikers with dogs have been asked to avoid the Dickey Ridge Area while park rangers investigate the attack.

“We are very sad to learn about this dog that died as a result of injuries from an encounter with a bear in the park,” Park Superintendent Jim Northup said. “This is a very rare event, and we offer our condolences to the dog’s family.”

When confronted by a bear, park rangers suggest hikers stand their ground, wave their arms, and make a lot of noise.

This past weekend [July 2-3], an experienced backcountry hiker reported a bear that was unusually assertive in approaching him to obtain food. The hiker reported the bear was not responsive to normal efforts to scare him away (waving his arms and making loud noises) and approached closely enough that the hiker hit and poked the bear with hiking poles before he went away.

Shenandoah National Park Sally Hurlbert spokeswoman said park attendance is up about 10 percent compared to recent years. That increase may be responsible for some of the increased encounters between park goers and bears.