PETERSBURG, Va. -- Police are investigating a shoot-out that happened Tuesday at the Lieutenant's Run apartment complex off Johnson Road in Petersburg.

Investigators said nearly two dozen shots were fired, but no one was hurt.

A photo of one of the three vehicles that were damaged showed an SUV riddled with at least 8 bullet holes.

Police said they are looking for multiple suspects in connection with the crime. 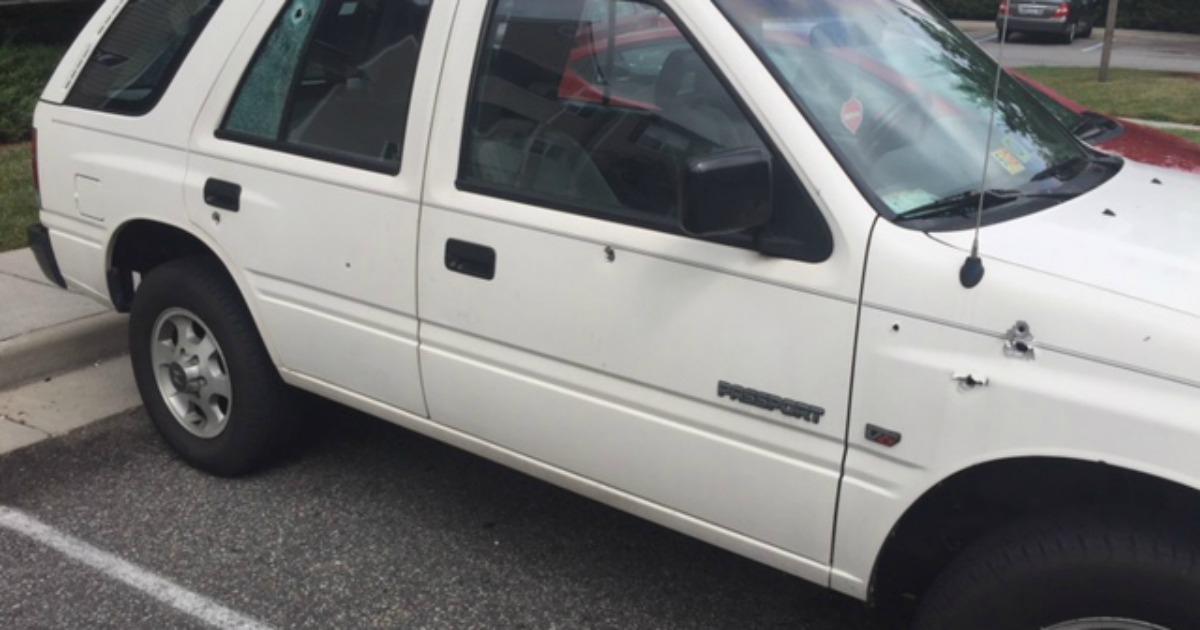 Those who live at the apartment complex are too afraid to speak out.

"Go up the street and see somebody’s cars shot up,” he said. “About four cars shot up, people out there crying. Old lady out there, she talking about she got under her bed."

Police are trying to determine what prompted the gunfire and who is responsible.

"We're not sure the size of the group or who or whatever, but we do know there were two different calibers and we know there was an exchange based on the scene,” Det. James Darrington with the Petersburg Police Department said.

There is a deep concern about a midday gunfight. The fact that it has now become more commonplace has those who live at the apartment complex fearful an innocent child could be hit.

"It just becomes a point where innocent people are going to get hurt and we want to get people to come forward to stop it,” Darrington said.

Darrington said people need to remain vigilant and aware of their surroundings. And if you see something suspicious, call police immediately.

If you have information that could help investigators, call Petersburg Crime Solvers at 804-861-1212.