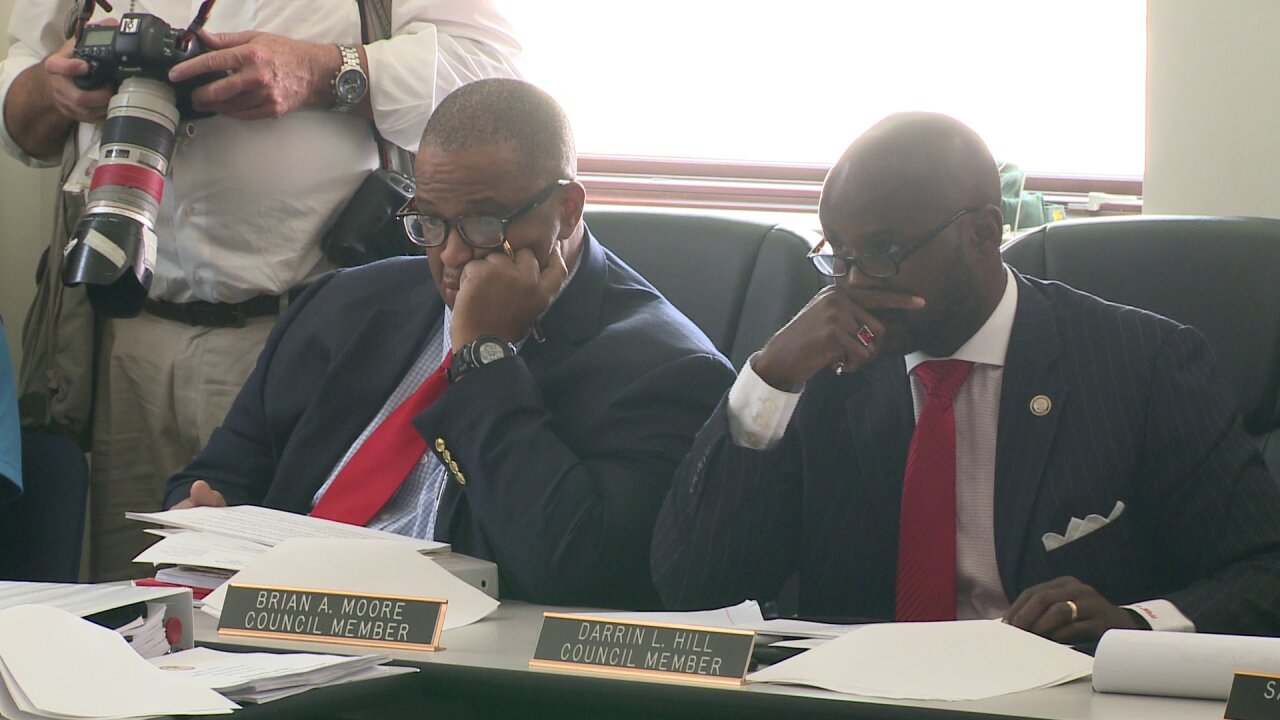 PETERSBURG, Va. -- A meeting between state auditors and Petersburg city officials Wednesday revealed the city in a worse financial crisis than they initially thought.

An audit group sent in by the state to review the city's books, told city leaders that they owe $18.8 million in unpaid bills.

That's $1 million more than what they initially thought.

The debt includes, $14.7 million to external entities, such as contractors and $4.1 million for internal loans.

The auditors said the “historic overspending” started in 2012.

City leaders also learned they might not be able to pay city workers, as early as mid-August.

In July, Petersburg City Council agreed to a 10 percent pay cut for its full-time employees, as a method to help balance the budget deficit.

The pay cut is intended to last just six months. The 10-percent cut will save the city about $1.5 million dollars over the six-month period. The deficit was thought to be $17 million at the time of the cuts.

Petersburg City Council will meet again on Aug. 23 to find additional solutions for the financial crisis.

In addition to the financial issues, concerns are growing among Petersburg residents who said Wednesday’s meeting occurred during a time where most residents are at work and at a location where only a small amount of people can attend.

The meeting was held at 2:00 p.m. at a room inside the city’s bus station.

CBS 6 reporter Wayne Covil reports some residents had to sit on the floor during the meeting, while others had to sit in the hallway outside the meeting room

Because of the city’s financial trouble, residents said want to keep track of the financial issues and would prefer a time during the evening.