RICHMOND, Va. – Richmond Fire crews responded to a fire inside a home overlooking the James River between Pony Pasture and Huguenot Bridge Thursday night. Crews received a call for the house fire in the 4600 block of Menokin Rd. around 11:07 p.m.

When crews arrived 10 minutes later, they saw flames shooting from the roof of the home and a nearby tree.

Crews forced their way into the home to fight the fire. 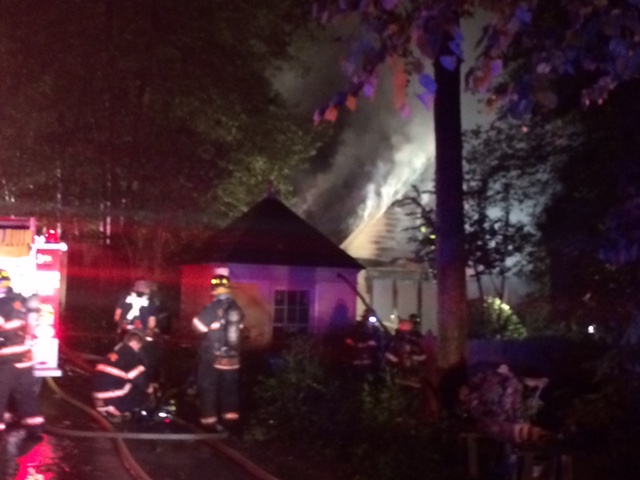 The flames severely damaged the home, burning it to the ground. Crews battled the blaze for over an hour, before it was marked under control.

This is no official word on the cause of the fire at this time.