Sen. Tim Kaine could be Hillary’s point man on guns 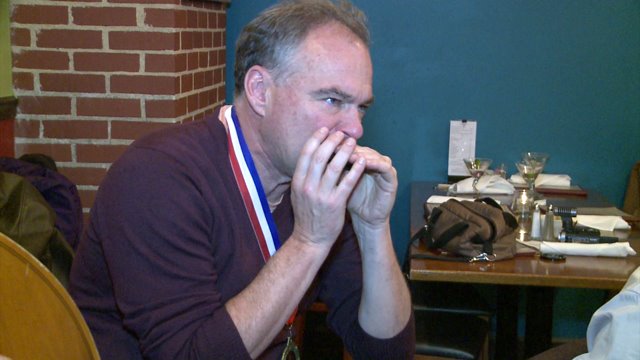 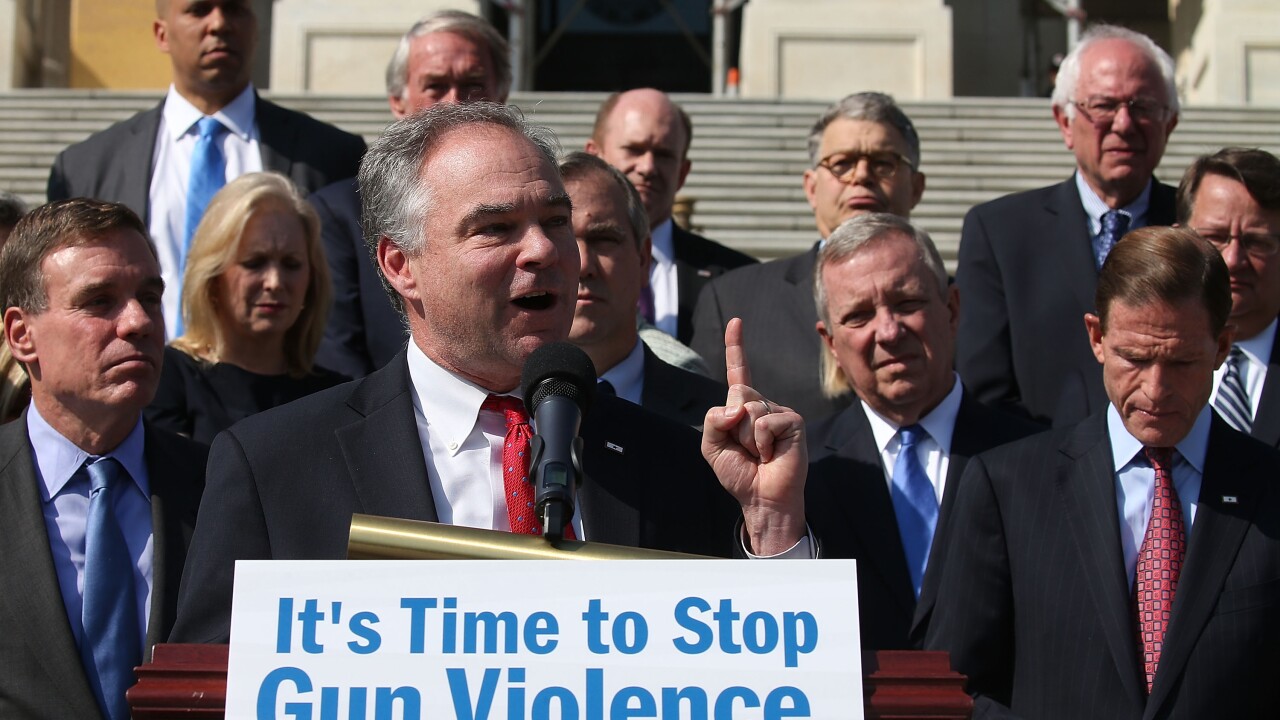 Kaine, then the governor of Virginia, had landed in Japan for an Asia trade mission. Shortly after arriving at his hotel, Kaine was awoken by a phone call from his chief-of-staff: a gunman had opened fire at Virginia Tech. Kaine immediately flew back to the United States and would soon learn that 32 people were killed in the massacre, marking the worst mass shooting in the country's history up to that point.

More than nine years later, Kaine has been chosen as Hillary Clinton's vice presidential nominee, and with a series of recent shootings once again thrusting the issue of guns to the forefront of national politics, Kaine's response to Virginia Tech and his work to promote gun control and safety measures loom larger than ever. This part of Kaine's biography will no doubt be a prominent part of his story as a vice presidential nominee. It could also help Democrats win Virginia for the third presidential election in a row after years of being a GOP stronghold.

WASHINGTON, DC - OCTOBER 08: Sen. Sen. Tim Kaine (D-VA) is flanked by Senate colleagues while speaking about gun control during a news conference on the Senate steps at the US Capitol, October 8, 2015 in Washington, DC.ÊSenate DemocratsÊunveiled their principles for new gun safety legislation and announced a major public outreach effort to galvanize the country to encourage Congress to pass new legislation. (Photo by Mark Wilson/Getty Images)

Virginia Rep. Gerry Connolly was chairman of Fairfax County at the time of the Virginia Tech shooting, the county where the gunman and several of the victims were from. In an interview with CNN, Connolly said he vividly remembers Kaine swiftly assuming the role of "healer-in-chief" in the aftermath of the tragedy.

"He took an issue that had to be a searing experience for him and in many ways a defining issue of his governorship, and he met the test," said Connolly, who has been friends with Kaine for decades. "When I say it commends him for consideration (for vice president), I'm understating it: How many other people you're look at went through that kind of trial by fire?"

Immediately upon returning to the county after the shooting, Kaine joined President George W. Bush at a convocation honoring the victims of the massacre. His speech that day, where he urged students and faculty to hold onto its sense of community even in its darkest moment, has been heralded one of the most powerful moments of his four years as governor.

"He was a calming and unifying voice," said state Sen. Donald McEachin, a Democrat who has known Kaine for decades. "That was a horrible, horrible incident but his eloquence and his voice began the healing process on that tragic day."

Kaine, himself a gun-owner, also convened a commission to examine what had gone wrong.

The panelists made a series of recommendations on guns, campus safety and mental health. Kaine pushed through some of those proposed changes, including an executive order to ensure individuals legally declared mentally ill or dangerous would be registered into a national database and barred from purchasing weapons.

But the Republican legislature at the time would not take up a universal background check system -- something Kaine believed could have prevented the gunman from getting his hands on firearms. It was a frustrating setback for Kaine, who had gambled his political capital on gun control in a historically pro-gun, Republican-leaning state.

Brian Shepard, Kaine's top domestic policy adviser at the time, said Virginia Tech had the affect of taking "off the table any hesitation about trying and failing" on the issue of gun control.

"The hesitation usually came from the rest of us (at the governor's office): concentrate on the ones we can get done and let's not fight the fights we can't win and that took all that off the table," Shepard said. After Virginia Tech, Shepard said, "this was something we were going to work for regardless of the outcome and the politics."

Since being elected to the Senate in 2012, Kaine has continued to be an outspoken advocate of gun control.

Last month, after a gunman opened fire at a nightclub in Orlando and killed 49 people, Democrats on Capitol Hill once again called on their Republican colleagues to take up gun reform. In a remarkable scene, House Democrats launched a "sit-in" protest on the House floor, demanding a vote on measure to expand background checks and ban the sale of guns to individuals on the no-fly watch list.

Kaine joined his colleagues across the Rotunda in the sit-in. And the previous week, he and his Senate colleagues had participated in a 14-hour filibuster calling for gun control reform, led by Connecticut Sen. Chris Murphy.

On the Senate floor, Kaine spoke about the Virginia Tech shooting, calling his inability to pass a universal background check in its aftermath his "everlasting regret."

In just the first weeks of the 2016 general election, Clinton has had to address multiple shootings --- including two that forced her campaign to delay major rallies with President Barack Obama and Vice President Joe Biden.

Her public push for comprehensive gun control legislation, including closing the gun show loophole, has demonstrated how the politics of guns has changed in recent years. Even several presidential cycles ago, Democrats largely believed it was harmful to be outspoken about gun control in a national election.

Matt Bennett, co-founder of the centrist think tank Third Way who has done extensive work on gun control, said Kaine is uniquely positioned to help Clinton make a powerful case on an issue that the party is increasingly outspoken about.

"There's no question it's an attractive part of his record, certainly for Democrats, so I think they'll try to make that case to the base of the electorate and I would argue they should make that case to swing voters, too," Bennett said. "He really handled a brutally difficult situation with dexterity and flexibility and great honesty, which are his hallmarks, and I think that's a great story to tell."