RICHMOND, Va. -- Hillary Clinton announced in a message to supporters on Friday that U.S. Senator Tim Kaine of Virginia is her choice for vice president in the 2016 Presidential campaign.

Throughout the nomination process, Kaine was considered one of the favorites to land on the Democratic ticket because of his moderate profile, executive experience, and foreign policy background. Kaine, 58, emerged as a leading contender after a methodical search,  and he received spirited backing from President Barack Obama and former President Bill Clinton, several Democrats close to the campaign said.

I'm thrilled to announce my running mate, @TimKaine, a man who's devoted his life to fighting for others. -H pic.twitter.com/lTVyfztE5Z

Democrats and political experts believe  Kaine could help Clinton land independents in swing states, as well as help her capture the white male vote and the Hispanic vote.

Kaine speaks fluent Spanish, and last week, Clinton beamed at a Virginia rally as he declared: "Estamos listos para Hillary!" or "We are ready for Hillary!"

It's no coincidence that his first appearance as her running mate will be a campaign rally Saturday at Florida International University, where the student body is more than half Hispanic.

Kaine has said he is one of 20 people in American history to have served as a mayor, governor and U.S. Senator.

He became an elected official in 1994 with a seat on the Richmond City Council.  And while nearly all the mayors locally in the past generation have been African-Americans, Kaine was picked by a black-majority council to serve as mayor, in 1998.

That's when Richmond was still reeling from its runaway murder rate. He was part of the hardball Project Exile crew that dropped federal charges on gun-related violent crimes.

In 2002, he served as  Lieutenant Governor of Virginia under Mark Warner, and he was then elected as Virginia’s 70th governor, in 2006.

Photos: Tim Kaine through the years 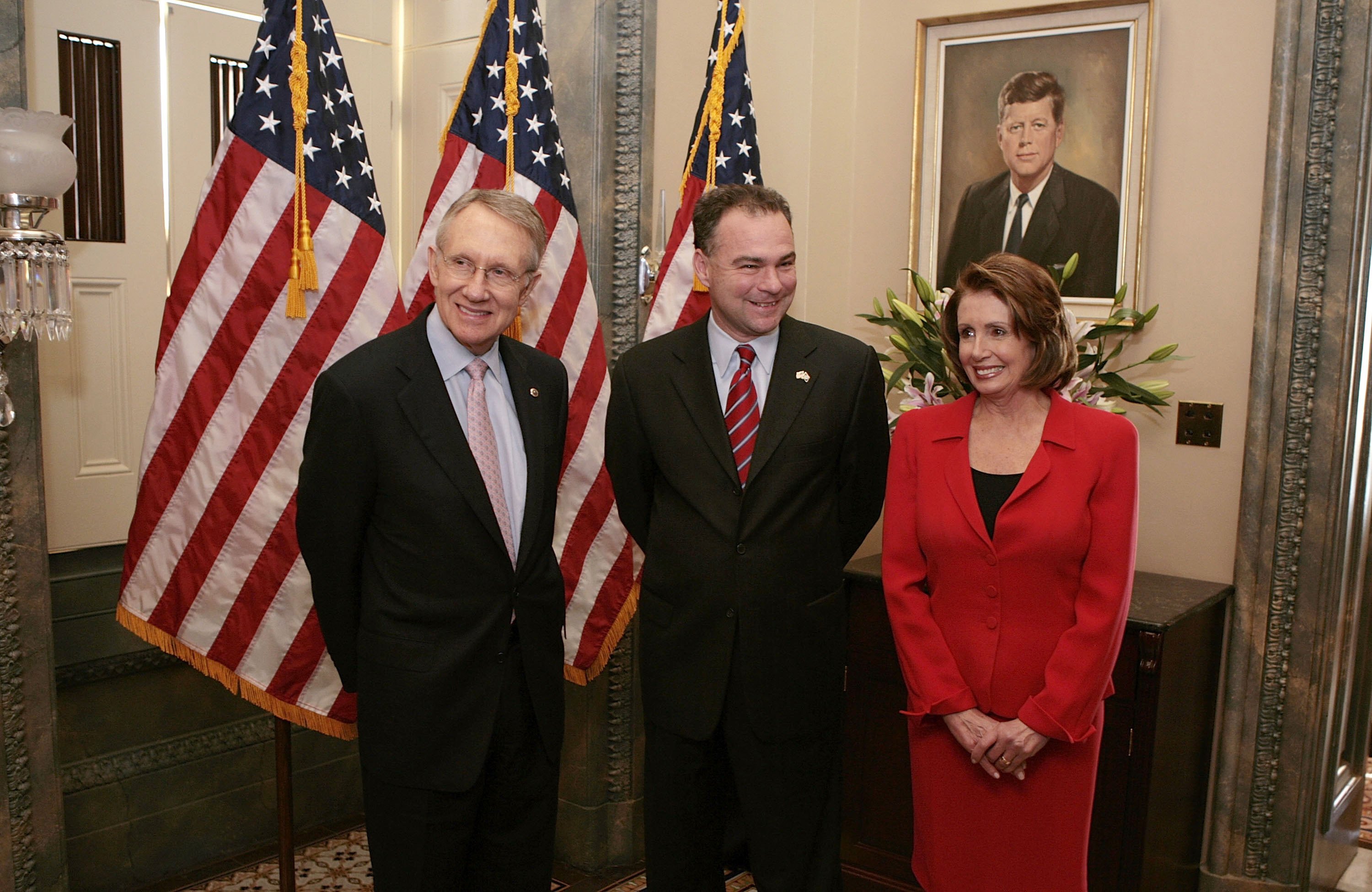 Interestingly enough, in 2008, Kaine threw his support behind his old Harvard colleague, Barack Obama. Kaine campaigned with Obama and was on a short list for VP picks; some said he was second to Joe Biden.

Instead, Kaine became  Chair of the Democratic National Committee. Then, in 2012, he became a U.S. Senator with his defeat of another former Va. Governor. and Senator, George Allen.

WATCH: A Tim Kaine VP pick would feel like home, by Mark Holmberg

Clinton was recently asked about Kaine and the criticism that he was not particularly flashy, nor an exciting candidate for vice president.

“I love that about him,” Clinton told CBS’ Charlie Rose, when asked about Kaine being too boring, something Kaine has also joked about.

“He was a world-class mayor, governor, and senator and is one of the most highly respected senators I know.”

The focus of her search in the final days also centered on Agriculture Secretary Tom Vilsack,  who fit her chief criteria of being a strong governing partner and ready for the presidency.

She also considered Labor Secretary Tom Perez, who would be the first Hispanic candidate on the party's ticket, or Sen. Cory Booker of New Jersey, who would be the first African-American vice presidential nominee. Democrats close to the process said Perez and Booker had considerable strengths, far beyond their diversity, but their limited experience in national security and government made them less likely to be selected.

The weekend debut of the Democratic ticket is designed to build anticipation for the party's convention starting Monday in Philadelphia. After they are formally nominated, Clinton and her new running mate are expected to embark on a bus tour to key campaign battlegrounds, similar to the "First 1,000 Miles" caravan in 1992 that took the Clintons and Gores to eight states on their way to winning the White House in November.