RICHMOND, Va. — A severe thunderstorm moved through the Richmond-metro on Tuesday, July 19. The cell brought heavy rains, strong winds, much lightning, and hail.

The storm moved in ahead of evening commutes and created traffic delays. All lanes were closed on Interstate 64 after downed trees covered lanes.

Many drivers had to pull over because the storm made visibility difficult.

Richmond City and Chesterfield County Police reported multiple trees down in the city.

Amy Troy shared a picture of a tree limb that fell and smashed onto the deck.

Sandra Ward submitted a picture of hail that fell in the West End, at Tuckahoe and Patterson.

As the wind whipped up, trees came down all around the area.

The storm will not linger in the area, but it left several areas destroyed.

What is the weather like in your neighborhood? Do you have power?

If you have a compelling photo from the storm, click here to send it. 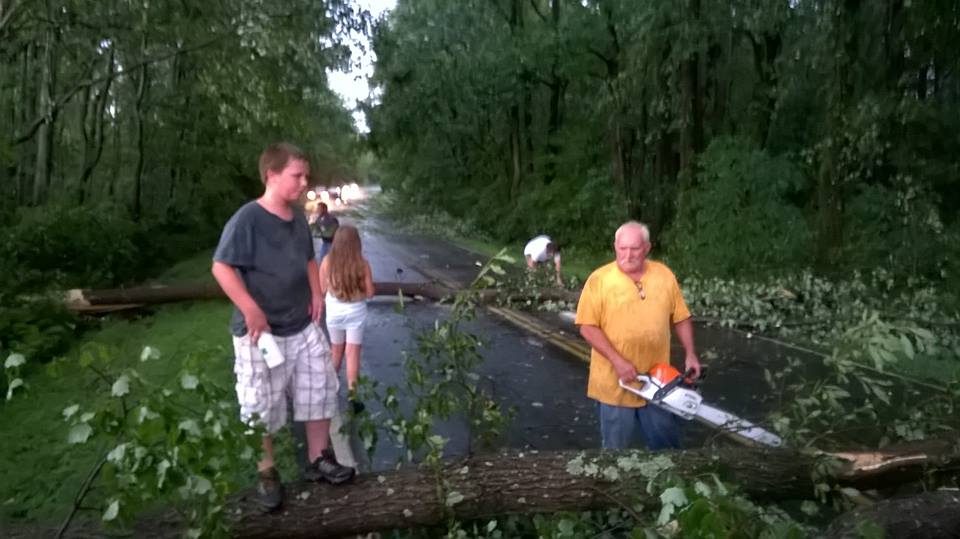