MINNEAPOLIS — At least 41 people were arrested Wednesday in a rush hour protest that briefly shut down Interstate 35 in Minneapolis, Minnesota State Police said.

More than 40 people of various races spilled onto I-35W Wednesday morning, to protest the death of Philando Castile, who was fatally shot by a police officer during a July 6 traffic stop in a St. Paul, Minnesota, suburb.

Using cars to block traffic they took over the southbound lanes as they held hands and chanted “Black Lives Matter.” 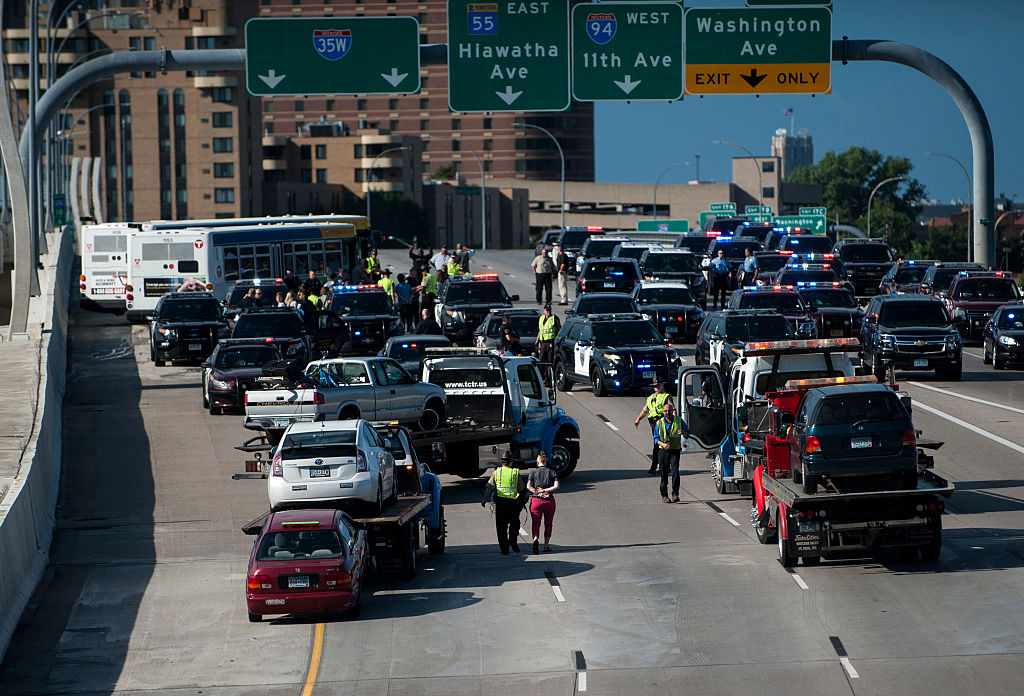 “Non-black allies” were responsible for the action, said Nekima Levy-Pounds, president of the Minneapolis NAACP, which has organized rallies and protests since Castile’s death.

The protest backed up traffic for about 5 miles.

Troopers arrested 41 people on the freeway after about an hour and impounded four vehicles used to block traffic. The freeway reopened shortly after 9:15 a.m.

Protesters will face charges for their actions, the statement said.

“The State Patrol supports the right to exercise one’s First Amendment rights, but the freeway is not the place to do so,” said Col. Matt Langer, Minnesota State Patrol chief.

“The closure of an interstate freeway for the purposes of a demonstration is unacceptable. They are used by everyone and are an artery for emergency vehicles. It is illegal to walk on the freeway and blocking traffic is dangerous for both pedestrians and motorists.”