RVA community comes together for love: ‘We need this’

RICHMOND, Va. – A Central Virginia photographer put together an amazing community event in just three days after a week of racial tensions, anger at police and tragedy across our country.

Sunday’s RVA Community Unity Shootout, which took place in Richmond’s Byrd Park Sunday from 4 to 8 p.m., felt like a big family barbecue with a bunch of cameras.

"I don't think we see it. We don't see enough of that interaction," said Connie McGowan, who organized the event. "We need to come together. We need this. We needed to relax."

McGowan wanted the positive interaction between the community and police documented as dozens of photographers captured moments of unity in a world that often appears divided.

"Take pictures with the police officers. Let them know that they are loved. They out here protecting us all the time," said  one speaker at the event. "People say, 'Well, they all bad.' No, they ain't all bad. Most of them are good. And if you think they're bad, take them out of your community and see what happens to your community."

Richmond Police Department Officer El-Amin likened some people's perception of police to having one bad experience at a fast-food restaurant. He said that if you got a bad burger prepared by one worker, that would not be representative of all fast-food workers.

El-Amin showed the crowd the best way to interact with police during a traffic stop.

"We say, 'Comply and then complain,'" El-Amin instructed.

The officer also let the crowd behind the blue line when he shared that he is both sad and angry at times when police elsewhere shoot and kill black men.

Horrible times that many at the event felt can change through song, prayer, and spreading a message of community unity.

"It's a simple fact, we need to come together and resolve this together,” McGowan said.

Later this week another event is being held to bring people together and discuss the gun violence of the past week.

United Communities Against Crime is holding a conversation titled "Our Eyes" at Martin Luther King Jr Middle School on Tuesday at 6 p.m. 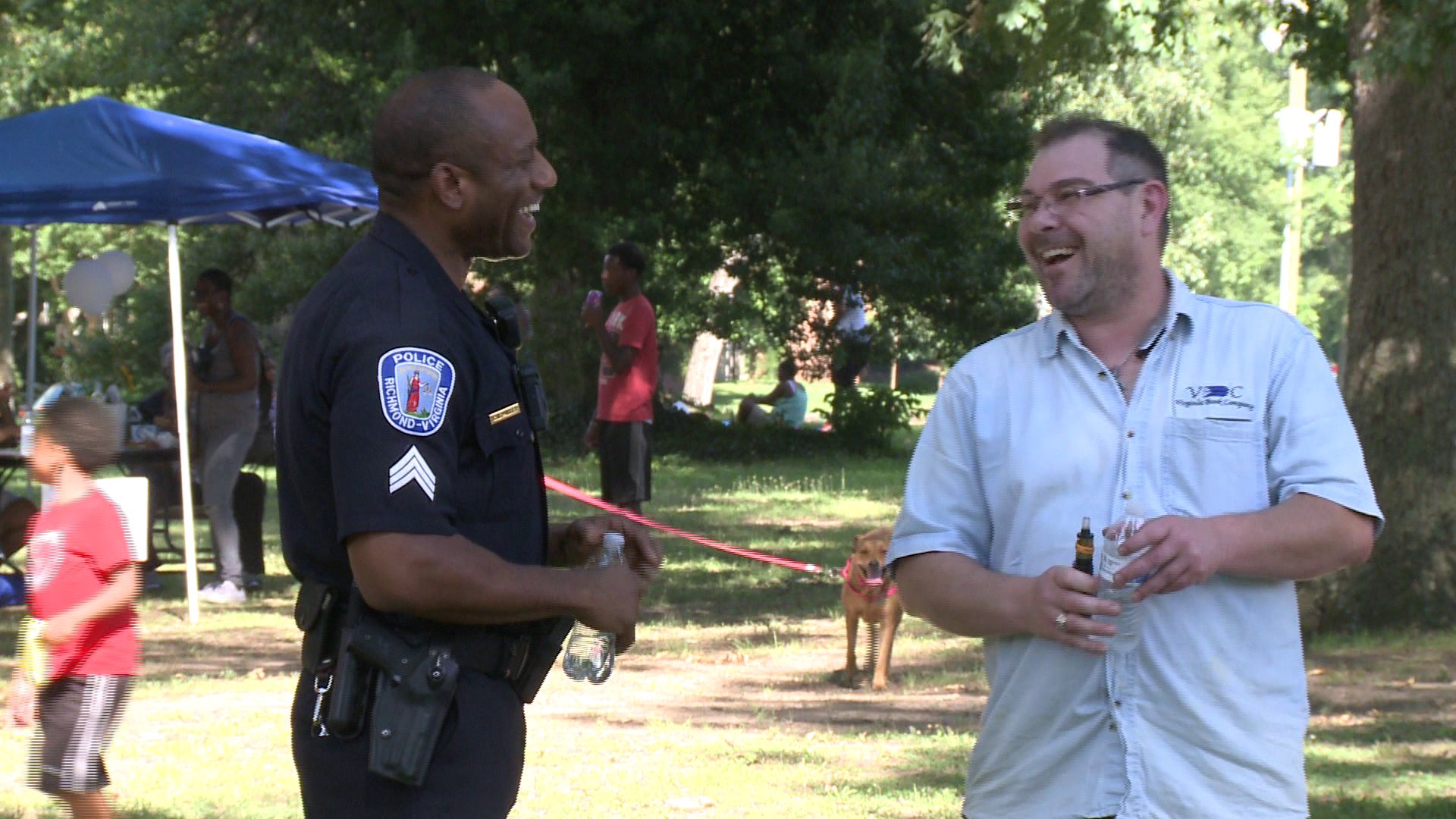 McGowan said she was so overcome with the news of the Dallas officers ambushed that she shared her grief and posted her vision to bring people together on social media at 3 a.m. Friday.

"When this idea dropped in my spirit yesterday I doubted my ability to do what I was thinking because I'm just a photographer and event planner but I have to do something and now! Then God reminded me of how he has crafted me to connect with people and given me the ability to bring people together. Then immediately I thought of Jeremiah 1:1-10. So I know God is with us and He is sending the right people and making the path clear of obstacles, negativity and unrest! He is bringing peace, unity, cooperation and lighting fires under people to not just talk about it but take action toward it by doing what he has already instilled in us," she posted on Facebook.

"You don't fight violence with violence! You support community and love on them in a time of need, you educate, mentor and lead by example to show our young men and women on what to do when faced with situations that can escalate. You set aside your differences, calm your spirit, clear you mind and tap into what God has given you in the form of your gifts and talents. You get on your knees and pray for direction and guidance to do what is needed to be a part of the solution and not the problem. You pay it forward by being a blessing to others and giving without expectancy. You support your community small businesses. You come together and UNITE as one force that will be hard to reckon with when you are on one accord! WE bring unity back to the community by capturing, collaboration and creating awareness that WE ARE FAMILY! It's up to US!"