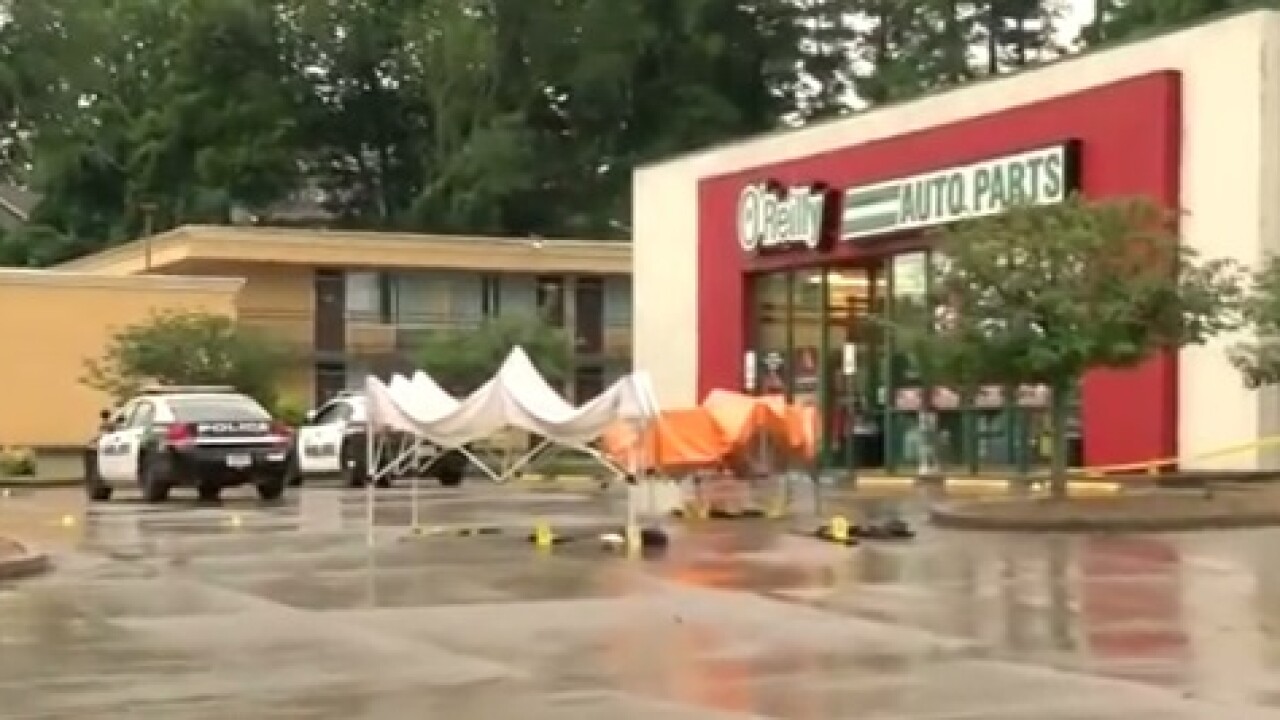 Before the mass shooting of police officers and civilians in Dallas Thursday night, another threat to police played out that morning in Bristol, Tennessee, near the Virginia border, killing one woman and wounding three others, including a police officer.

A suspect, armed with two guns and a large amount of ammunition, began firing shots at motorists and at a Days Inn hotel along Volunteer Parkway, according to the Tennessee Bureau of Investigation. The TBI has identified the gunman as 37-year-old Lakeem Keon Scott.

A law enforcement official told CNN that when police pulled up, Scott managed to move to a position behind the officers and began firing at them, striking one of them.

The TBI says the preliminary investigation reveals Scott may have targeted individuals and officers after being troubled by recent incidents involving African-Americans and law enforcement officers in other parts of the country. Investigators spoke to Scott Friday morning in the hospital.

According to the police report of the incident, witnesses heard a gunman yelling, “Police suck! Black lives matter!” around 2 a.m. ET, as he opened fire, the law enforcement official said. Police say the gunman killed one woman (a female newspaper carrier) and wounded three others, including the police officer.

Scott was also wounded in an exchange of gunfire with police. He was transported to the hospital where he remains in serious but stable condition, according to the TBI.

The officer who was shot was transported to the hospital with non-life-threatening injuries.

The law enforcement official told CNN Scott was found with two firearms, a .45 caliber pistol and an AR-15 rifle. A third firearm, a Mossberg shotgun, was found at his home. The official says investigators also found Black Lives Matter materials in his home.

Police believe he was trying to draw cops in for a confrontation, according to the official.

Also Thursday, the New Orleans division of the FBI notified local police departments of social media postings with threats to law enforcement in the state and concerns regarding the safety of the general public following the shooting by police in Baton Rouge.

Among the posts, one said, “Rule 1 Must kill every Police!!!! Copy and paste so no one in your family be purge.”

Col. Mike Edmondson, the superintendent of Louisiana State Police, told CNN’s Nick Valencia that authorities learned of the post Thursday and did not believe at the time there was any real threat.

“I have been following up on it. Nothing to it at this point,” Edmondson said, adding, “We are prepared, though.”