DINWIDDIE COUNTY, Va. – A German cannon used in World War I that was been sitting in Central Virginia for decades has been reclaimed by the Virginia National Guard.

The story of the lost cannon begins when the Virginia Army National Guard has was deployed in 1917 to fight in the war to end all wars.

More than 4,000 Virginia guardsmen fought overseas, so valiant was there effort.

The Republic of France donated three captured German mortars as a sign of their appreciation in 1921.

One sat in front of the Petersburg National Guard Armory from 1921 until the mid-50s to early 60s.

However, when the building was demolished, the mortar ended up in the yard of a home in Dinwiddie County, where it has remained for about five decades. 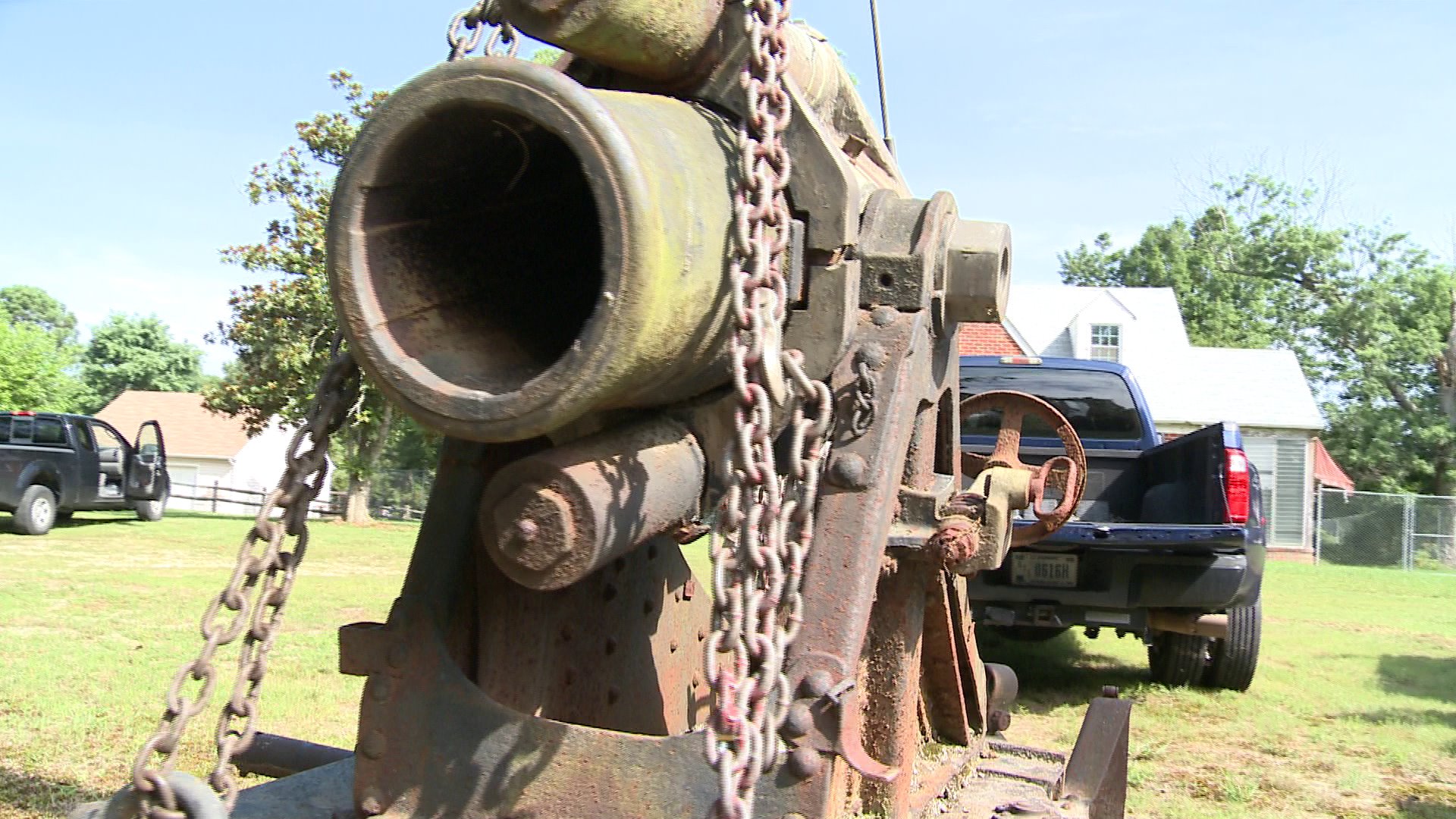 Now 100 years after the start of the war, the Virginia National Guard reclaimed the cannon Thursday.

“There were only three mortars like this provided to the State of Virginia after the war in tribute for their service, and the fact we have the chance now to recover one of them is pretty significant,” Al Barnes, Virginia National Guards Command Historian, said.

The whereabouts of the other two cannons are unknown. The reclaimed cannon was sent to Bellwood and will eventually undergo an extensive restoration.

The cannon will go on display for the public when a new joint force headquarters is constructed in Richmond.

Watch CBS 6 News from 6 to 8 a.m. for more on this story from senior reporter Wayne Covil.