He's a brand-new world champion freestyle skateboarder, and the 2014 and 2015 national champion.

"I started skateboarding because I was never really much into sports," he said. "I was really into art when I was younger and for me it felt like a good bridge kind of between those two worlds, something physical I could do in a way to express myself."

Starting at age eight, he skated after school, countless hours training his mind and body to somehow make that board stick to his feet. 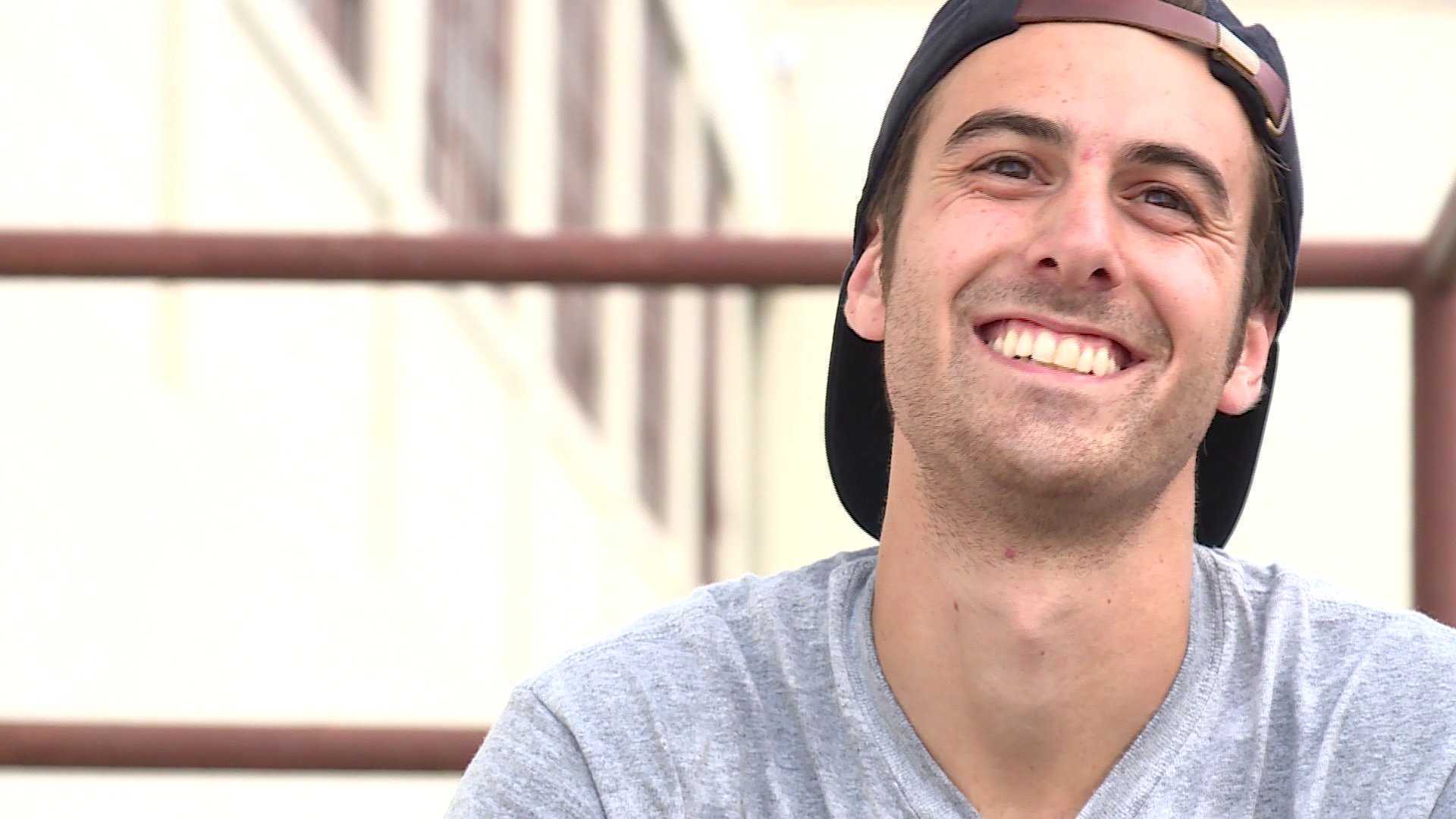 He was a Navy kid, moving from port to port, as far away as Hawaii, as close as Virginia Beach.

This is not high-flying ramp skating or renegade street skateboarding. (Although freestyle is big part of both, particularly the latter.)

"Essentially, you're using your board as the obstacle," Connor said. "It's all on flat ground. And so it's very technical and it's sort of about how you string tricks together."

Which suits him just right. He's a 2014 VCU film major who, with his friends, puts freestyle moves to film.

You watch him skate or see his videos, you don't see tats or attitude or heavy music. You see style.

The World Round-Up was held May 19- 23 in Surrey British Columbia, Canada.

The best freestylers on the planet were invited: Brazil, Sweden, Germany, Japan, England, Canada and the U.S.

Watch our video to see how he came from behind to become number one, and more about Connor Burke's RVA world.