HENRICO COUNTY, Va. -- Hundreds packed inside the Mills Godwin gymnasium Wednesday night to celebrate the life of a father, husband, coach, and teacher.

Todd Phillips, 55, was killed on Friday, June 17, when his Toyota SUV collided with a Hyundai SUV at the intersection of Ridgefield Parkway and John Rolfe Parkway in the West End. The power was out at the intersection after Thursday's severe storms.

“He touched every single person.. I think he meant the world and more to everyone,” said a former student of Phillips.

The gymnasium was filled with faculty, staff, students -- past and present -- dressed in gym shorts and t-shirts in honor of the late coach and teacher, affectionately known as T-Philly. 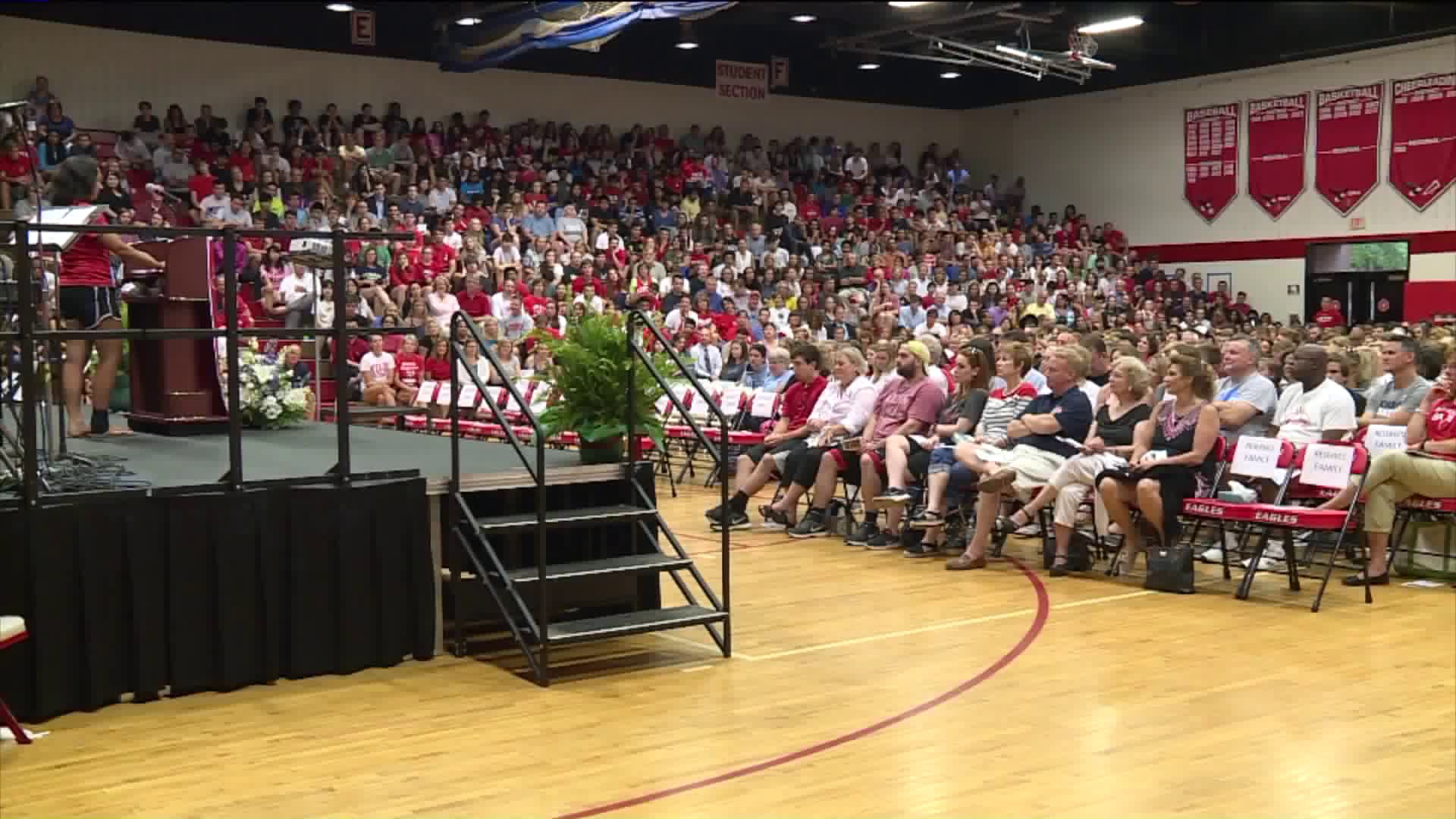 “I'm so proud to have known him,” said another speaker.

Phillips was an AP Statistics teacher, basketball and tennis coach, and head of the Center for Medical Sciences at Godwin High School in Henrico’s West End, according to his students

He began teaching in 2003, and won numerous teaching awards, according to his obituary.

Phillips was also a loving husband of 30 years and father of two boys.

As for memories, Mark Seidenberg, a Godwin teacher and close friend of Phillips said there are too many to count.

Daniel Sisson played basketball for Phillips, and even met him before attending the high school.

“That whole summer we worked and we worked,” he said.

Former students said he wasn’t just a teacher, but someone who truly cared about everyone in his life.

“He had a huge heart. A huge brain and a huge smile too and I think that will last on everyone,” said a former student with a smile.

Students remember Godwin teacher Mr. Phillips killed in crash: ‘The world is at a loss’

Adam Miller graduated from Godwin High on Thursday, but he didn’t know that would be the last time he’d see his favorite teacher.

“The last thing he said to me was to keep in touch,” Miller said, “As we were walking out the teachers had lined up after the recession. [Phillips] was the only one who I shook his hand and give him a hug.”

Peyton Lynch read from a card pinned to a Bubba Gump Fishing Company t-shirt she placed at the memorial. She said Phillips had a spot on Forrest Gump impression.

“TPhilly, thank you for believing in me when I didn’t believe in myself. You’re a coach, mentor, and friend,” Lynch said.