HENRICO, Va. — A celebration of life will be held Wednesday, June 22,  for Todd Allen Phillips, a Godwin teacher who died in a tragic car accident Friday, June 17.

Phillips, 55, was killed when his Toyota SUV collided with a Hyundai SUV at the intersection of Ridgefield Parkway and John Rolfe Parkway in the West End.

The last day of school had been cancelled that day due to powerful storms that knocked out electricity to much of the county.

The traffic signal at the intersection was without power due to the previous night’s storm.

“Neither vehicle appears to have come to a stop at the intersection prior to the crash,” said  Henrico Police spokesman Lt. Chris Eley.

Phillips was an AP Statistics teacher, basketball and tennis coach, and head of the Center for Medical Sciences at Godwin High School in Henrico’s West End, according to his students. He began his career as a nuclear power plant operator for Dominion Virginia Power. He began teaching in 2003, and won numerous teaching awards, according to his obituary.

His celebration of life will be held at the Godwin gymnasium at 7 p.m. Wednesday.

According to Andy Jenks, director of communications for Henrico Schools, all faculty, staff, students — past and present — as well as others who knew and loved Todd Phillips are encouraged to attend Wednesday’s celebration.

The church that will host the services later in the week may not have enough capacity for everyone, Jenks said.

Students remember Godwin teacher Mr. Phillips killed in crash: ‘The world is at a loss’

Adam Miller graduated from Godwin High on Thursday, but he didn’t know that would be the last time he’d see his favorite teacher.

“The last thing he said to me was to keep in touch,” Miller said, “As we were walking out the teachers had lined up after the recession. [Phillips] was the only one who I shook his hand and give him a hug.”

Peyton Lynch read from a card pinned to a Bubba Gump Fishing Company t-shirt she placed at the memorial. She said Phillips had a spot on Forrest Gump impression.

“TPhilly, thank you for believing in me when I didn’t believe in myself. You’re a coach, mentor, and friend,” Lynch said.

They should name the center at Godwin after coach Phillips. He did so much for Godwin Highschool and so much for the students

RIP Todd Phillips!! The Godwin Family has your family in our thoughts and prayers 🙏🙏🙏🙏 #MillsGodwin #Family

We are deeply saddened by the passing of Todd Phillips. Todd was a vibrant and beloved leader who made an immensely positive impact on the lives of so many young people. He was a treasured member of our Henrico family and an extraordinary individual. Our thoughts and prayers go out to his wife Kelly, their family, and the entire Godwin community.

According to Phillips’ obituary, he is survived by his wife of 30 years and two sons. 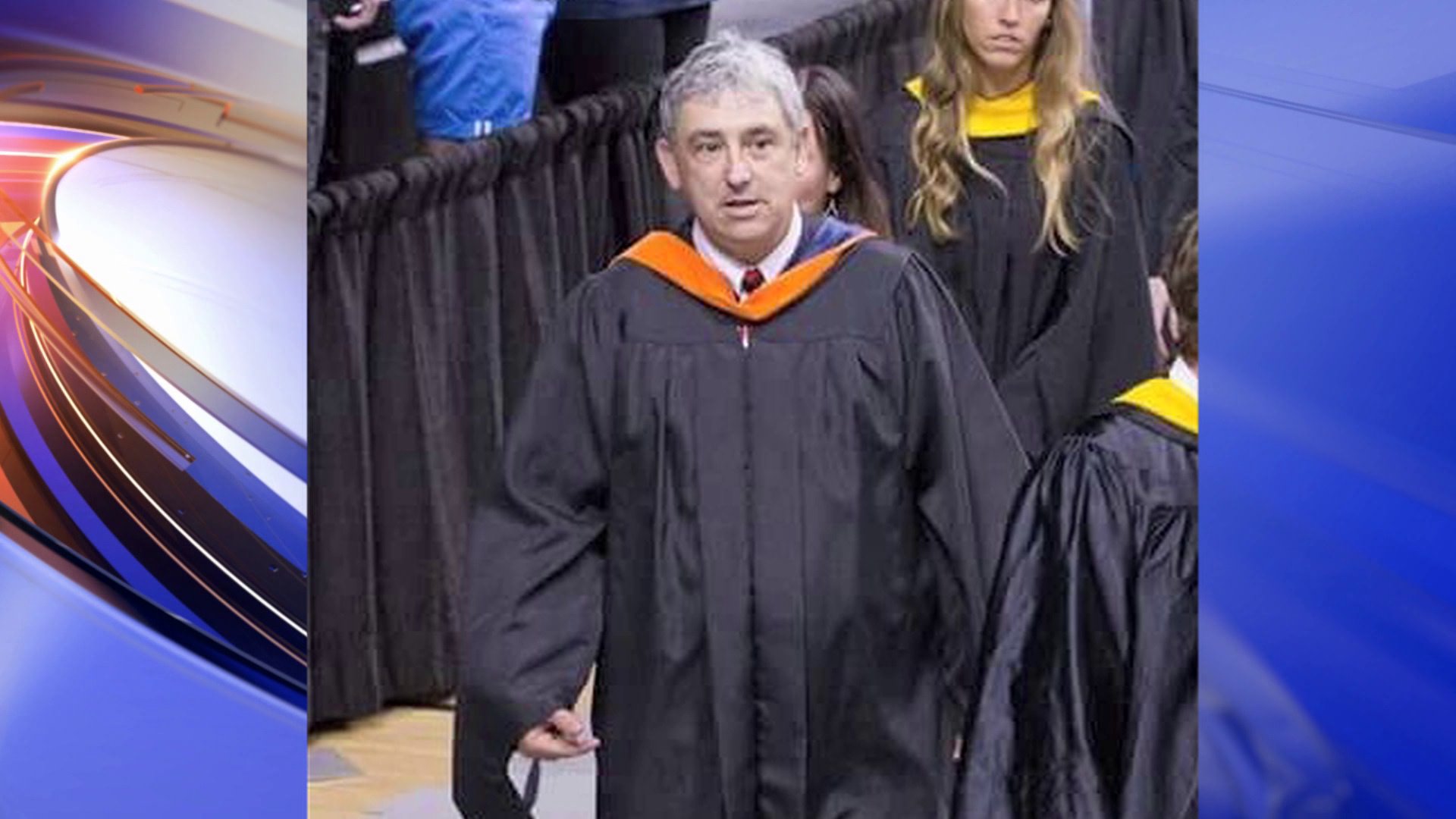