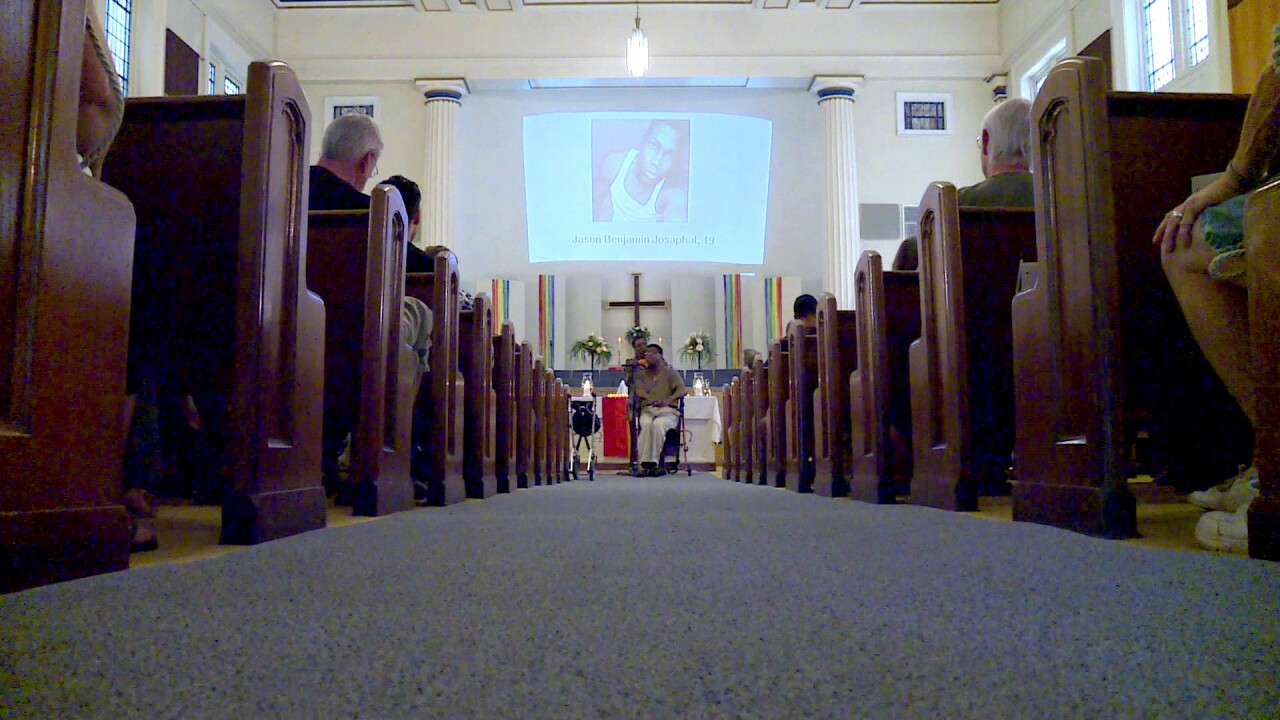 RICHMOND, Va. -- The Metropolitan Community Church of Richmond, downtown on Park Avenue,  is a house of worship primarily for the local LGBTQ community. As people across the globe continue to show their support for the lives lost at a gay Orlando nightclub, the MCC too opened its doors for the community.

People came to sing, pray, express, but most of all they came to remember those that lost their lives in Orlando.

“Sometimes people need to be in faith space," said Reverend E. Taylor Doctor. "The solemnness and the sacredness that lies in faith space often times brings resilience, hope, offers comfort in times like this."

Karen Jacobs of Chesterfield lived in Orlando for 16 years. A college friend of hers was at The Pulse nightclub last weekend when the shooting occurred. She learned through FaceBook that he was unharmed.

"He made it out of the club safely, and that he was okay and that he would be around for his to talk to," Jacob said. "So he did go through, and was there at the club that night, and I'm very thankful for him to be alive."

“It’s extremely important to show love and respect and uphold our community during this very tragic time that we’re going through," Jacobs added.

A candle was lit for each of the 49 names that were read as their pictures came across the slides to signify that they will live on.

"It's a very spiritual exercise to call the names of those who have transitioned on and to honor their legacy and to allow their legacy to live on in our calling their names,"  Rev.  Doctor said.

The  candles were made into the shape of heart, and on the side they also lit a 50th, for the gunman -- who remained nameless at Wednesday night’s vigil.

“We have to be reminded of the hope that God still reigns sovereign in all situations,” Rev. Doctor said.