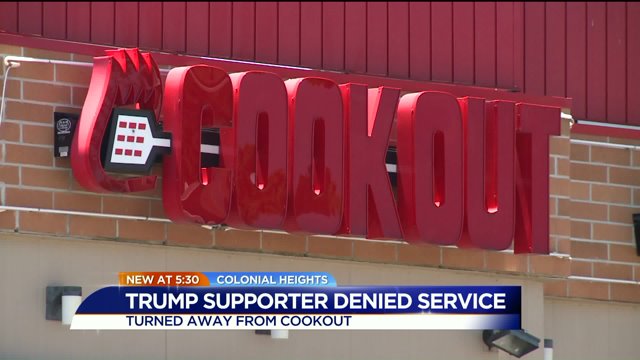 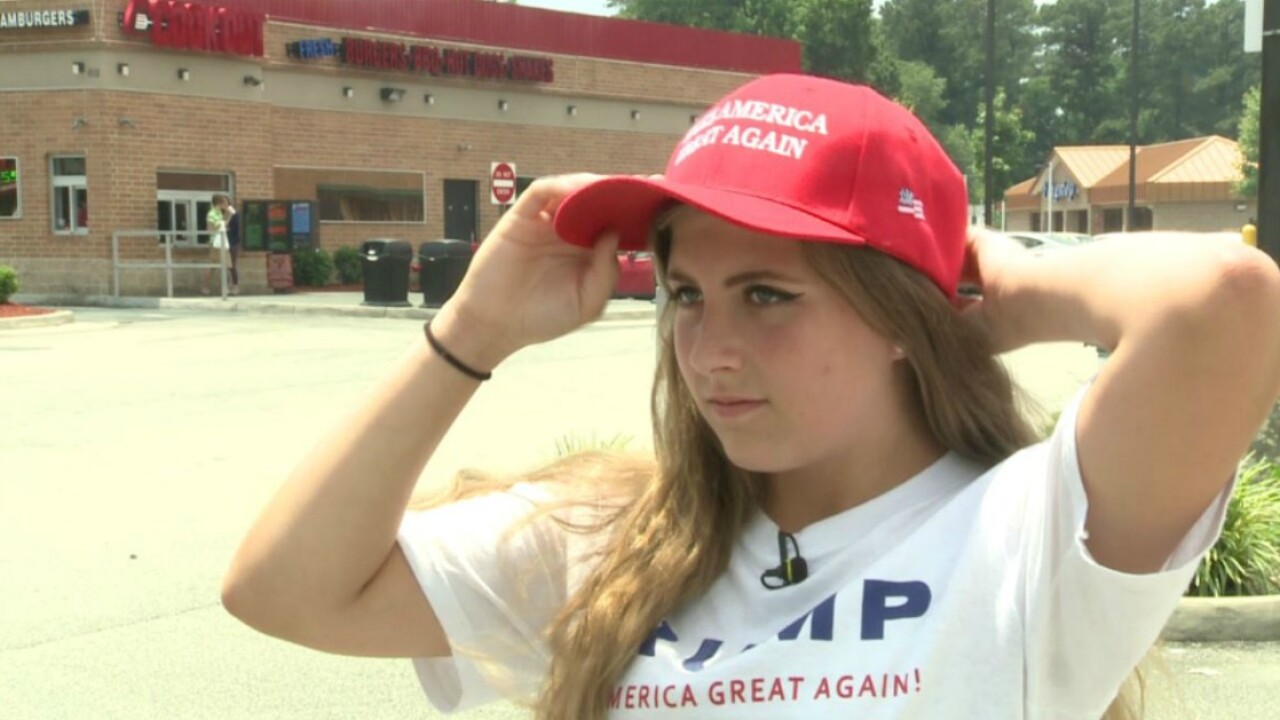 COLONIAL HEIGHTS, Va. -- Shannon Riggs and her cousins expected some push back from protesters when they attended presidential candidate Donald Trump's rally in Richmond Friday night. They did not expect what happened when they stopped for dinner on the way home.

Dressed in Donald Trump shirts and hats, the family walked up to the window at the Cook Out on Boulevard in Colonial Heights to order burgers and milkshakes.

"As soon as we got to the window, someone inside said 'Hell no! I'm not serving them,'" Riggs recalled.

After a few minutes of discussion behind the window, their orders were eventually taken.

"Everyone was laughing and giggling," Riggs said about the uncomfortable situation.

She said at one point, an employee yelled out an order was ready, but when her cousin went to the window to claim the food, she was told, "Oh not for you!"

"You should not be discriminated based on who you support, whether it be Bernie, Hillary or Mr. Trump," Riggs said.

While the employees laughed, Riggs said, she canceled her order and asked for the number to corporate.

The workers did refund the family's money, but the situation left a lasting impression on 16-year-old Lauren Wolfrey.

"Once you witness [discrimination] first hand, it's a totally different experience," the teenager said. "I was in a state of shock."

Wolfrey said she did not think the workers should be fired, just talked to and reminded about courtesy.

"They had this sense of anger," she said. "They were just really rude to us."

A spokesperson for Cook Out responded with the following statement:

Cook Out is, and always has been, a politically neutral company. We welcome all customers regardless of political affiliation.
Regarding the refusal of service at our Colonial Heights location, the situation has been resolved and was resolved that night per Cook Out policy.