Trump stumped in Richmond, and people tweeted about it — a lot 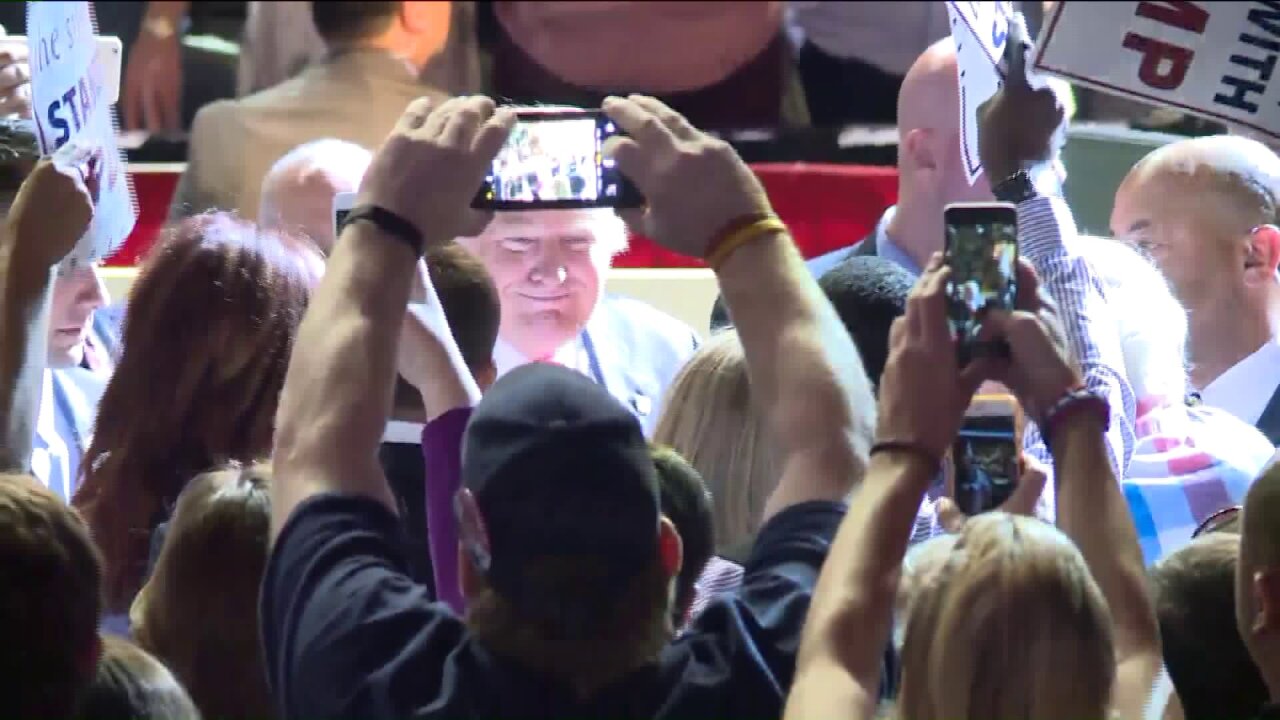 RICHMOND, Va. — Donald Trump, who has won the most primary votes — 13 million — of any Republican in history, was in Richmond for a rally.

You can read about/listen to his speech HERE, and check out all our updates from the night HERE.

Although the crowd was well under capacity for the venue, thousands watched online — and tweeted. Below are some of our most popular tweets/retweets from the night.

For all this talk of the Wall, there was no Pink Floyd on the 8-song playlist. #TrumpRVA

I saw candidate Obama speak at R Coliseum 8yrs ago, thousands of people couldn't get in. This is today for #TrumpRVA pic.twitter.com/gJBodhuzKJ

Trump compensates for turnout at the Richmond Coliseum: "We set this up yesterday." pic.twitter.com/d9KlHksym8

"Does anyone really believe there will be religious freedom at the end of her 8 years? Or gun rights?" #TrumpRVA pic.twitter.com/OpBZvnGxuZ

We were going to show Monroe Park group on live TV but there is too much F**k Trump to do so.

The Coliseum can seat over 13,000. Not looking like tonight will be at capacity at all. #TrumpRVA

People also had a lot to say on Facebook, as they watched anxiously for any signs of violence. There was no real escalation, fortunately, though things did get heated at times. Below is one of the most viewed Facebook videos.