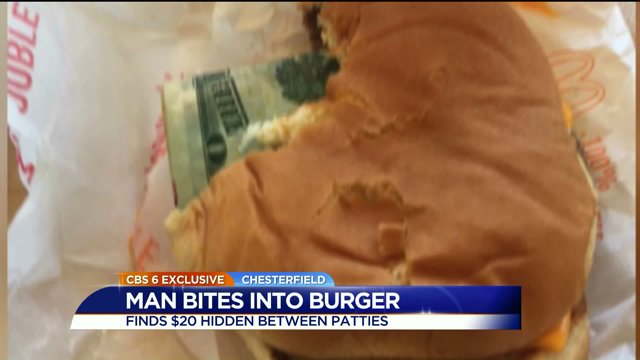 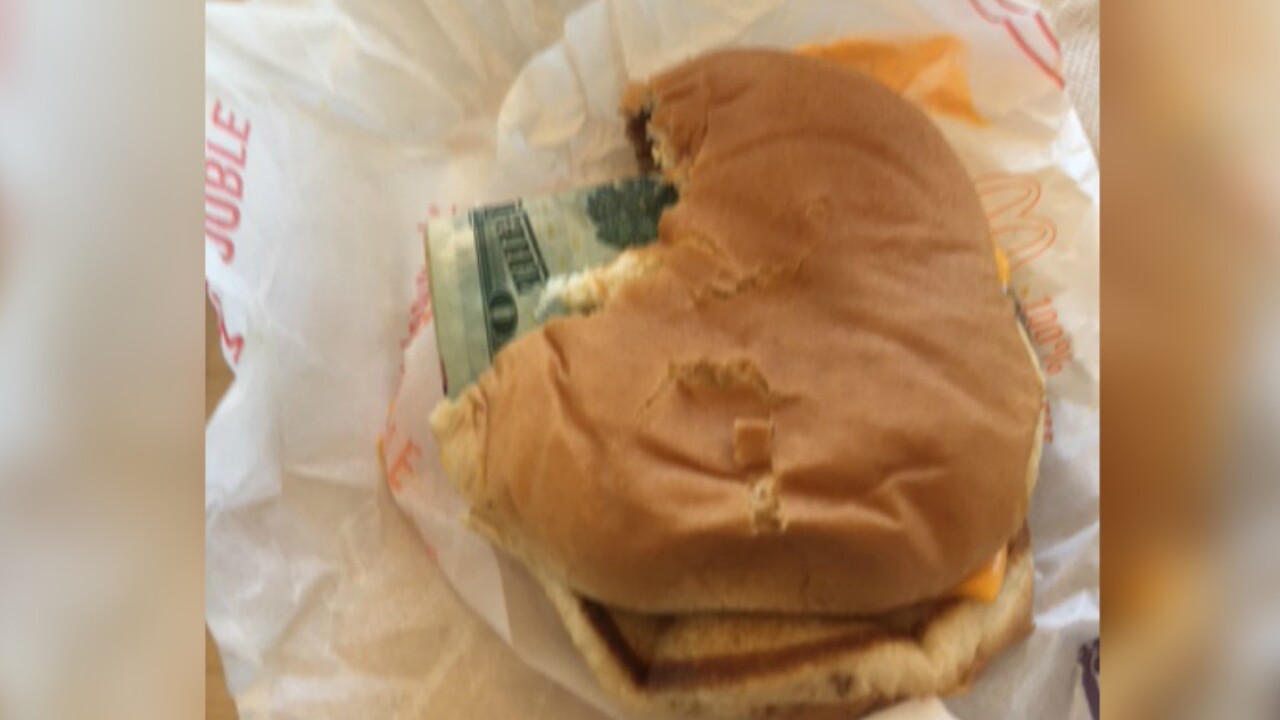 CHESTERFIELD COUNTY, Va. -- A man's order off the McDonald's dollar menu yielded quite the surprise. Dave Cook said when he bit into his burger this morning at a Chesterfield County McDonald's location, he bit into a $20 bill.

Cook said he and his mom stopped at the fast food restaurant for a quick bite Tuesday morning.

Both were shocked when he pulled the $20 out from under the bun. It was sandwiched between two pieces of meat.

"I've heard of people finding strange things in their salad, but never finding something like this a cooked burger," he said. "I was in disbelief, I was like ‘is this for real?’"

He said two guys sitting nearby saw what happened and commented they had better check their burgers for cash too. They did not find any.

Cook said he did not alert store management about his $20 discovery over fears someone would ask for the money back. He later said he would return the money to the restaurant if someone claimed it.

When asked about the money, managers at the McDonald's on Willis Road were surprised to hear about Cook's discovery.

They questioned how it was even possible, but referred the incident to their corporate office.