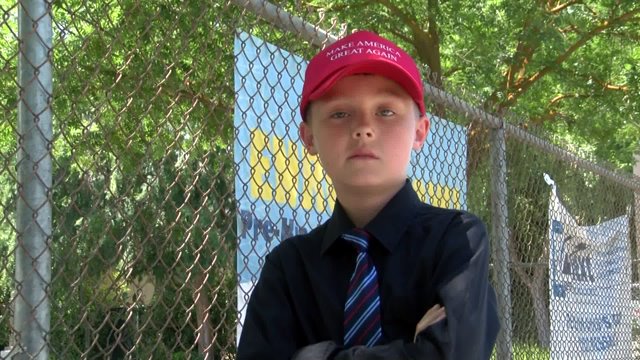 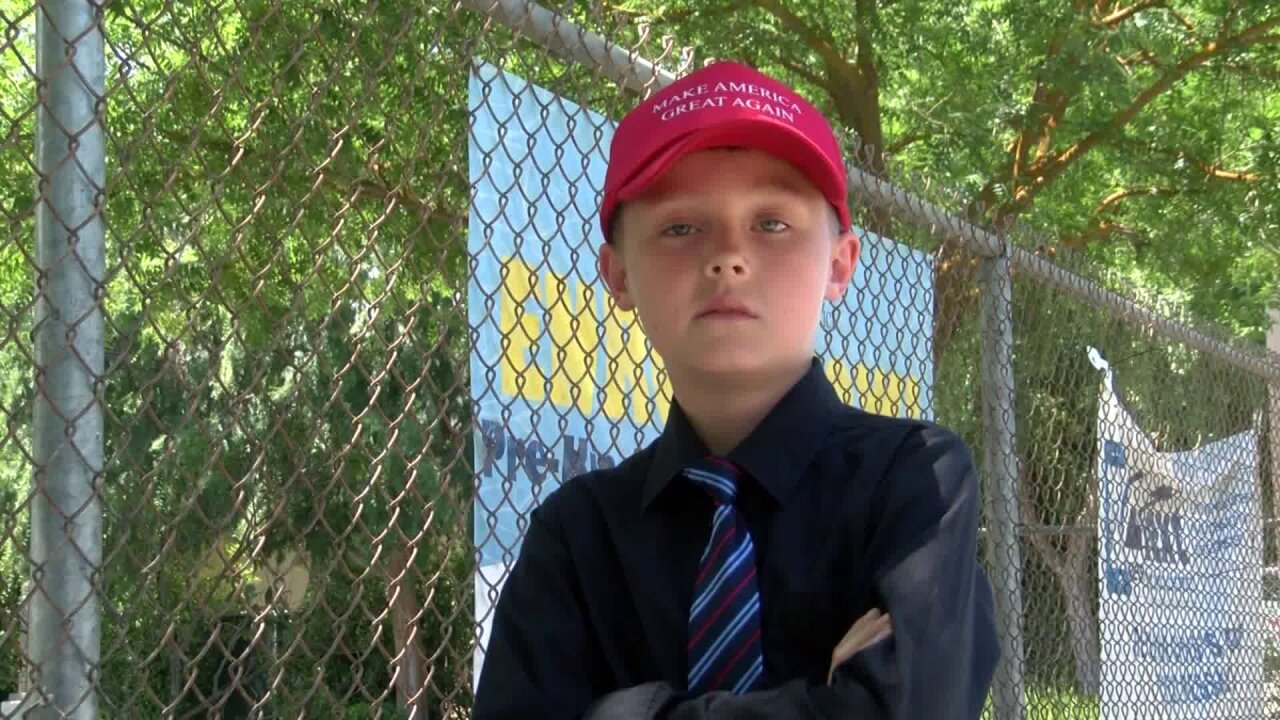 FRESNO, Ca. -- "It's my favorite hat. The First Amendment says I can wear my hat."

"They told me to take my hat off because it brings negative emotions to the other children who don't like him," Logan said.

Leaders at Logan's school in Fresno, California told him to take his Trump hat off due to safety concerns after other students confronted him, KSEE reported.

"They were saying they didn't like Trump, they were saying he was stupid," Logan said. "I had to explain to them what Donald Trump was actually doing."

Logan refused to remove the hat.

"I still said 'no I am not taking it off' and I said 'no,'" Logan said. "Then the principal told me to take it off but I still said no."

Logan got his Trump hat signed when he attended Trump's Fresno rally on May 27.

"He supports Trump even at his age," Logan's uncle Zacc Autry said. "He knows a lot about politics."

Autry said it did not think it was fair the school told Logan to remove his hat.

"They should be able to let kids freely express themselves without the fear of being beat up or harassed or bullied," his uncle said.

Hats are permitted outside of the classroom, but if they become a distraction, teachers can ask students to not wear them, district code stated.

The district released a statement which said:

Our job as educators is to facilitate a safe learning environment where we encourage robust conversations of diverse and thoughts.

We are proud that in this case, our school achieved that goal by allowing the student to wear his hat for several days.

However, it is also our responsibility to take precautions when the discourse begins to impact our school climate and interrupt school operations.