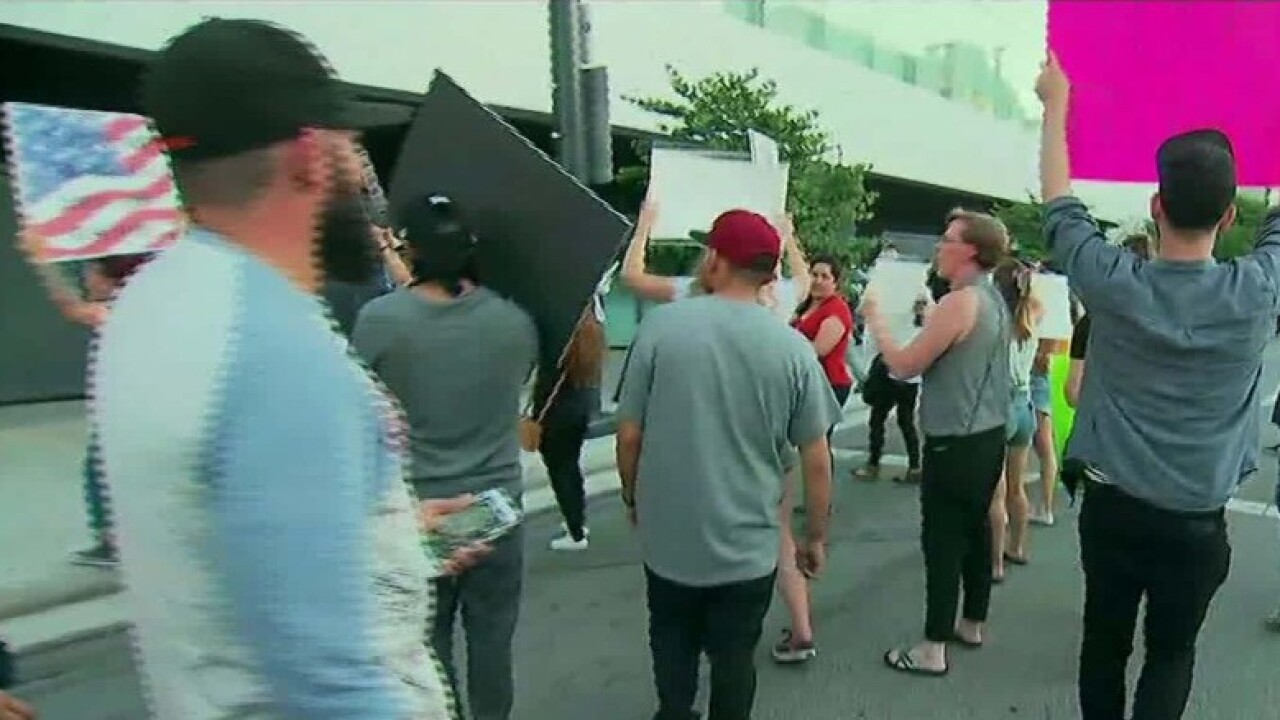 WASHINGTON — President Barack Obama on Friday chastised opponents of Donald Trump for engaging in violence at a rally for the presumptive GOP nominee the previous night.

“It is very important for us to remind ourselves of who we are and what is best about American democracy and not slip into some of the bad habits that currently manifest themselves in the other party,” Obama said at a Democratic National Committee private event in Miami, according to a pool report. “We saw in San Jose these protesters starting to pelt stuff at Trump supporters. That’s not what our democracy is about.”

“That’s not what you do. There’s no room for violence. There’s no place for shouting,” he continued. “There’s no room for a politics that fails to at least listen to the other side — even if you vehemently disagree. Because I believe if you’ve got the better argument, then you don’t need to do that. Just go out there and organize and persuade.”

Protesters and supporters of Trump clashed in the streets of San Jose, California, Thursday night after the billionaire held a rally. As Trump supporters exited the rally, protesters shouted insults at them and accused them of being racists.

Some chanted “F— Donald Trump” and “Donald Trump has got to go” outside the San Jose Convention Center.

The President wasn’t the only Democrat to condemn the violence. Speaking to reporters in Berkeley, California, Friday night, Vermont Sen. Bernie Sanders said, My thoughts are very clear. Violence is absolutely and totally unacceptable. If you’re thinking about violence, please don’t tell anybody you’re a Bernie Sanders supporter because they are not the supporters I want.”

He added, “I understand the anger but we are not going to defeat Trump by throwing eggs or getting involved in violence of any kind. We defeat Trump by standing together.”

And likely Democratic nominee Hillary Clinton told CNN’s Jake Tapper earlier in the day that she condemns “all violence in our political arena. I condemned it when Donald Trump was inciting it and congratulating people who were engaging in it.”

Obama, who is beginning to stump as a surrogate for the Democratic nominee, also took a swipe at Trump himself when in Miami.

“Being able to say that it’s immigrants or it’s gays or it’s somebody that is taking something away from you — that’s the essence of the message that the Republican nominee is delivering, and frankly has been the message that’s been delivered by this Republican Congress for too long,” Obama said. “And it’s divisive. And it’s factually wrong.”