HENRICO COUNTY, Va. -- On this Memorial Day, one local Army veteran is honoring fallen soldiers in a unique way right on his Henrico front lawn.

Every year, Barnes said he honors those who lost their lives during the war, but this year he decided to do something a little different.

He decided to use his front yard as a way to let others honor fallen soldiers.

“This is an opportunity for people in the neighborhood to remember someone they knew or someone who was special to them,” Barnes said.

There are nearly 80 flags and names honoring fallen soldiers and veterans in his yard. 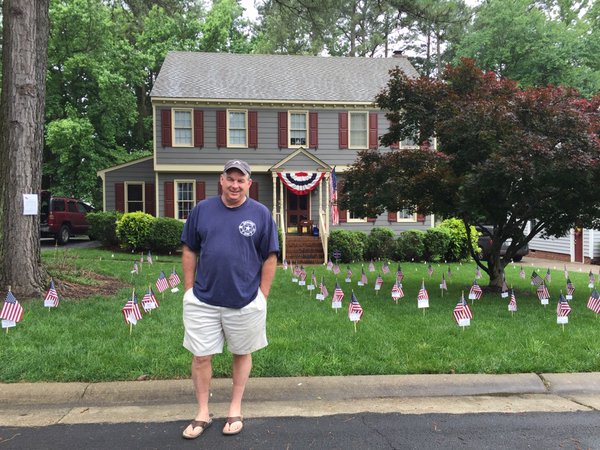 Barnes made a flyer to invite neighbors to grab an American flag off his porch, and write the name of the fallen solider, and the war in which they fought.

“I’ve had some classmates from VMI, whose names are out here and some 17 soldiers I served with in Desert Storm and there’s a flag out here for each one of them, Barnes said.”

The Army veteran said he left for the weekend, and was presently surprised to see so many flags on his front yard when he came back.

Barnes said the best part has been seeing kids learn about their family members and learn the importance of remembering them.

He said the memorial has also been emotional for some of his neighbors.

“There were some people out here in tears as there were writing their cards."