Black bear spotted in neighborhood: ‘He just ripped down the bird feeder’

HANOVER COUNTY, Va. -- Several people have reported seeing an unexpected guest in their backyard this weekend in Mechanicsville.

Joan Stimeare Bowles and her husband also had a run-in with a bear when it chowed down at their bird feeder very close to their deck Saturday evening.

"Yes, there's a black bear outside my house," her husband tells the dispatcher. "Yeah, weirdest thing. He just ripped down the bird feeder."

Bowles said the animal rain into the woods towards the BJ's store when authorities arrived.

"He came back through and then ran in the woods towards our neighbor's house," she said "The police had gotten a rifle out of their car but, didn't shoot at it."

His friend called WTVR CBS 6 saying there had been multiple bear sightings at the Mill Trace Apartments on Cold Harbor Road near the Cold Harbor Battlefield Park.

Rea said there were also sightings in a neighborhood near Bon Secours Memorial Regional Medical Center on Atlee Road.

An official with the Department of Game and Inland Fisheries said he had been inundated with bear sighting calls Saturday.

He estimated the juvenile male bear weighs around 100 pounds and is s likely hitting garbage cans, beehives and squirrel feeders for food.

He said this is the time of year when teenage bears are looking for their own territory after separating from their mothers.

Earlier this month, a bear had to be rescued from a tree after crews shot it with a tranquilizer dart in the Great Oaks Subdivision in Chesterfield County .

"I've been working for 36 years and we've never had anything like this," Lt. Bobby Burnette of Chesterfield Fire and Rescue said.

That bear was taken to the western part of the state and released in the mountains.

Christine Marie‎ said her 14-year-old son, Brandon Rubcobo, captured video of a bear crossing Cedar Lane is Ashland on May 18 around 6 p.m.

At one point the bear stops running through a field and looks over at the boys recording the video.

Have you seen any bears where you live? If you do,  and can do so safely, shoot a photo or video and send it to CBS 6. Click the "submit your photo" button on this story. You can also upload photos to our Facebook page or email pics@wtvr.com from your phone. 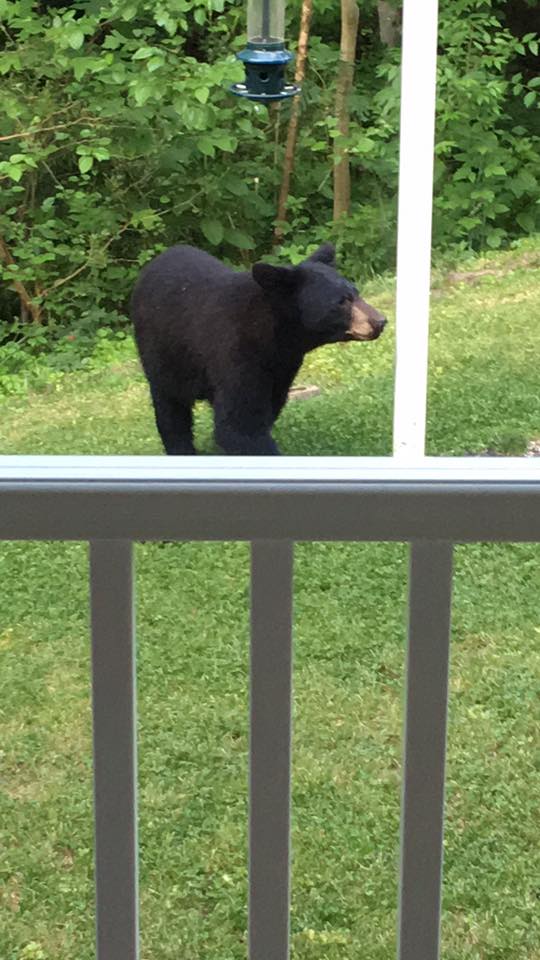