CHESTERFIELD COUNTY, Va. -- No one was seriously hurt when a truck crashed into a Chesterfield home early Friday morning. The truck ran into a side garage at the home along the 6200 block of Fox Branch Court, in the Foxcroft Neighborhood.

Homeowner Chris Nelson said the impact felt like an earthquake.

The truck that hit the home had been stolen prior to the 5:45 a.m. crash, police said.

The driver, 19-year-old Jacob Cohan of Chesterfield, was charged with DUI, underage possession of alcohol, felony hit and run, and grand larceny, according to police.

As for the Nelson family, they were thankful no one in their home was injured.

"The good news is the front of the house needed a little bit of cleaning, so we will find the silver lining," said Nelson. 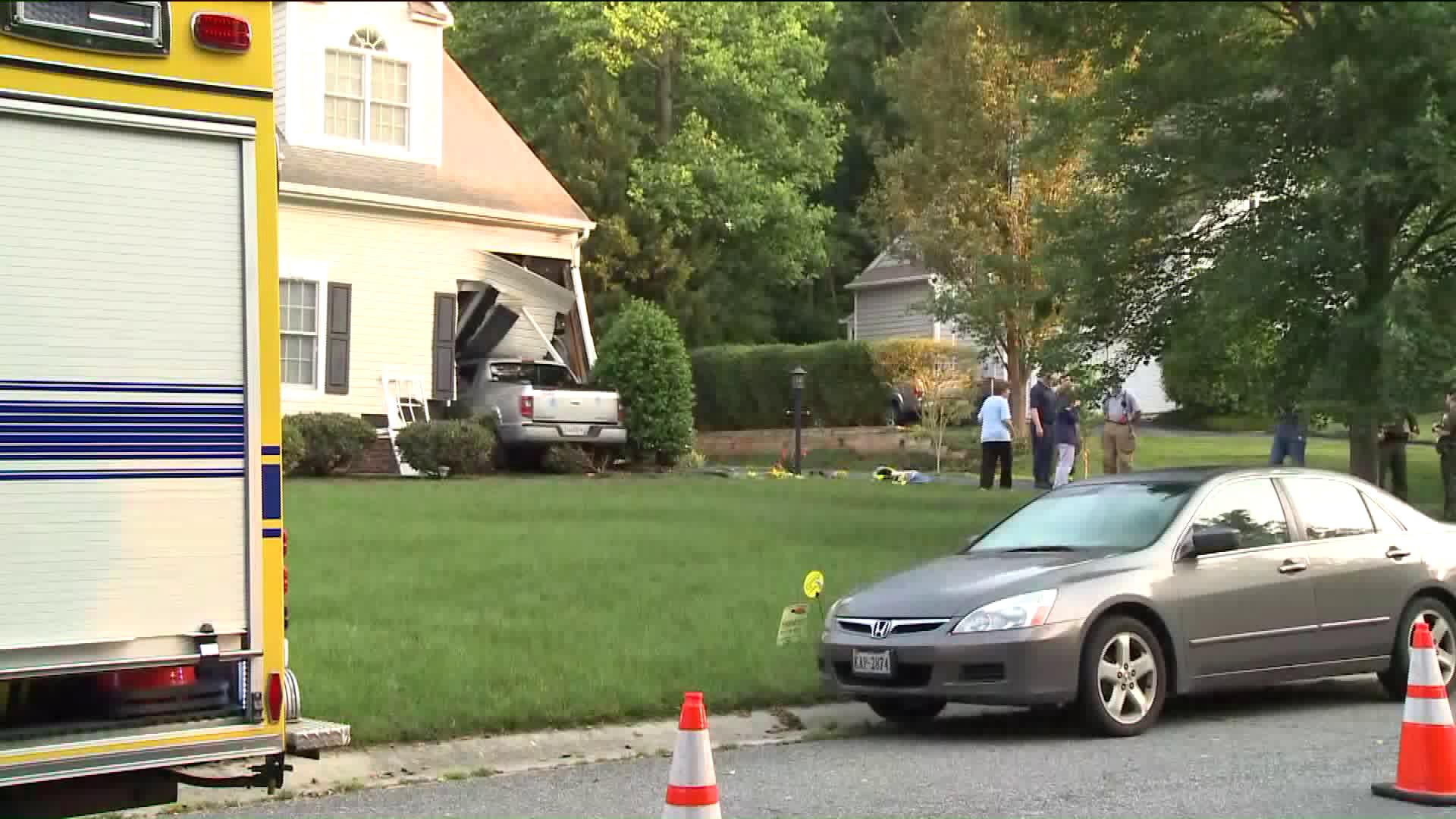