Navy veteran who runs for fallen soldiers, in need of help after car accident

A Navy veteran who has spent the past 15 years running in honor of fallen soldiers is in need of help after losing his ability to travel.

Retired Navy Senior Chief Sid Busch has competed in over 200 marathons since he started running to honor those killed in action in 2001.

In the races, Busch wears a photo of a man or woman killed in action and runs while holding an American flag. Busch then donates his t-shirt and the medal to the families. 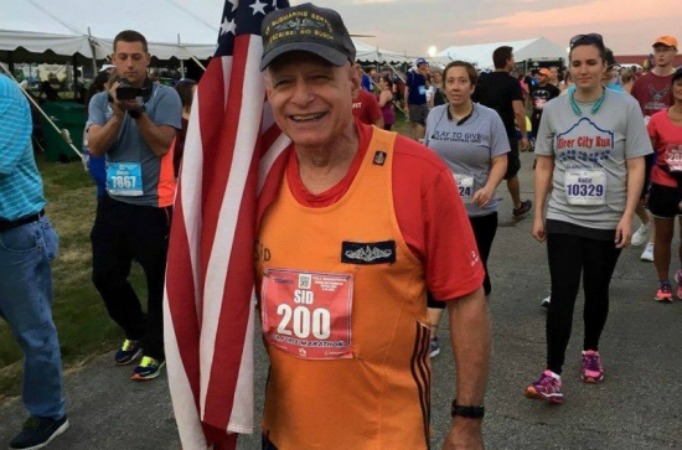 The Navy veteran was on his way to New York to visit his elderly mother last weekend when he was involved in a crash that totaled his car.

Busch was not injured in the accident, but he is now without transportation, which he relied upon to travel across the country to run marathons.

A Crowdrise account has been set up to raise money for Busch to get another car. The organizer, Dana Savage said funds from the insurance company will pay for half of Busch’s car, but he can’t afford to buy a new one.

“Sid is a very proud and humble man who lives on his pension and a couple of extra jobs, mainly to pay for him to run these races in honor of various fallen service members,” Savage said in a post. “Our goal is to help offset the cost of new (used) vehicle for him which will not only provide transportation to and from work, but enable him to carry on his mission of honoring fallen Soldiers. Anything you can give would be MUCH appreciated. ALL funds will be given directly to Sid.”