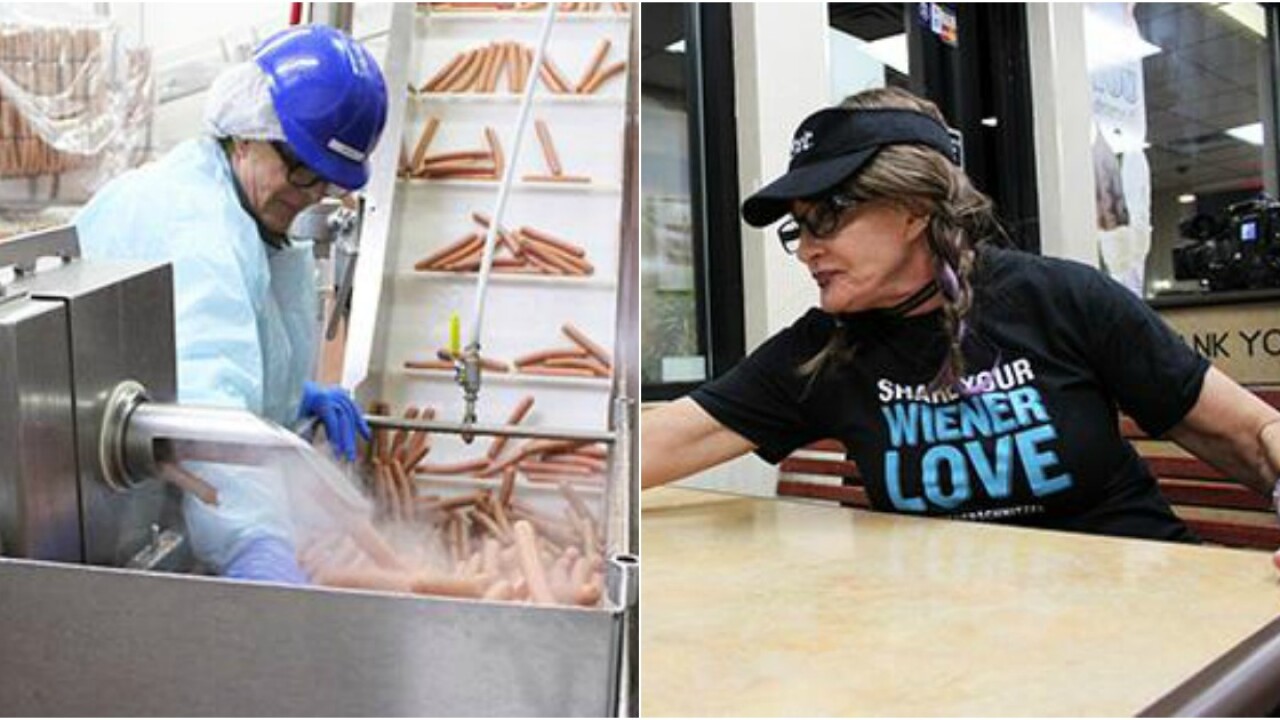 VIRGINIA BEACH, Va. – CEO Cindy Culpepper disguised herself with a nose ring and dark hair and changed her name to “Louise” to go undercover in three of her fast food restaurants for the CBS show “Undercover Boss.”

Culpepper is the CEO of the world’s largest hot dog chain, Wienerschnitzel.

She spoke with WTKR’s Beverly Kidd about what she learned from being an employee at her own company.

“It’s a hard job. It’s long hours and you’re on your feet. You have to be coordinated, you have to be able to think and work at the same time,” Culpepper said.

Culpepper said her time spent undercover in her company was an eye opening experience and one that has endeared her to her employees even more.

She also said she didn’t realize *how* hard they worked until now.

“Going in as Louise I really realized how it can be very difficult so I’ve gained an even greater appreciation for the crews in the stores,” Culpepper said.

So what brings this California-born CEO to the East Coast?  Cindy married a Hampton Roads business owner,  and they did the long distance thing for a while.

“It’s been hard on him because he’s a Virginia boy and living in California is all together different,” Culpepper said.

They bought a house in Virginia Beach eight years ago and they are here most of the time.

As far as the show, Culpepper said it was a unique experience and she’s glad she did it.